Lake & Sumter Style caught up with him to discuss the contest, his life, and how he takes on the persona of one of America’s greatest writers.

YOU’VE BEEN ENTERING THE HEMINGWAY CONTEST FOR EIGHT YEARS NOW. HOW DID YOU INITIALLY GET INVOLVED?

We used to do a lot of fishing, and we’d go to Marathon and stay there. We’d do the obligatory trip to Key West. Once you’re there for 24 hours, you get the feeling that you’re becoming a conch. Anyway, we were wandering through a T-shirt shop and there was a shirt advertising the 1998 Hemingway contest with a picture of him on the front. My wife, Linda, says, “That looks just like you.” It stirred our curiosity and as time went on, we decided I should enter. 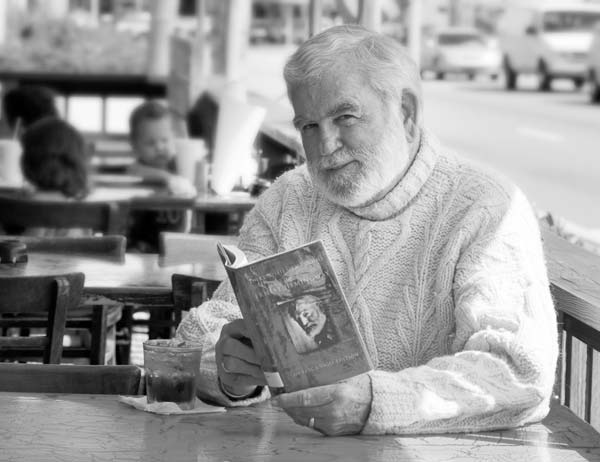 TELL ME ABOUT HEMINGWAY DAYS.

The week-long Hemingway Days includes a play, museum tours, essay contests, readings, and more. But the mainstay is sponsored by Sloppy Joe’s bar and it’s the look-alike contest. It’s also sponsored by the Hemingway Society, whose purpose is to promote activities, but more importantly to raise money for pre-nursing and literary students in Monroe County community colleges. This year we raised more than $18,000.

My wife put it best: Imagine being in a bar with 150 guys that have been drinking all afternoon that look like your husband—and then you have to find the right one to go home with!

HOPEFULLY, SHE GOT IT RIGHT.

Yes, she got it right. All eight years!

HOW DO YOU PREPARE TO TAKE ON THE HEMINGWAY PERSONA?

I read several of his books that I had not read before. But what’s more interesting is that you try to find pictures of him so that you groom yourself. There’s a real effort to look like him.

DO YOU NORMALLY HAVE A BEARD?

Yes, I have for 30 years or so, but I do let it grow a good bit longer for Hemingway Days.

IN DOING YOUR RESEARCH, WHAT HAS SURPRISED YOU ABOUT HEMINGWAY?

He, in my opinion, was a real man’s man—but a free spirit at the same time. It was very sad that his life ended the way it did, with the desperation, the depression, and finally suicide.

DO PEOPLE STOP YOU ON THE STREET AND SAY YOU LOOK LIKE HIM?

Beacon College had a guest speaker from Washington the other night. We were eating at the same restaurant as him and he asked the guy with him, “Who is that guy that looks just like Ernest Hemingway over there?” So they introduced themselves. That happens a lot.

I READ THAT YOU ONCE WON A KENNY ROGERS CONTEST, TOO.

Kenny Rogers’ management was promoting the movie The Six Pack. They were holding the look-alike contest so we got a bunch of friends in the motor home and went down to the Cheyenne Saloon at Church Street Station. The contest was based on applause. I guess I had more people there than the other guys. (laughs)

DO YOU HAVE A FAVORITE HEMINGWAY WORK?

Without a doubt The Old Man and the Sea. It’s just indicative of life’s struggles and the frustrations that go along with that.

HOW ARE YOU MOST LIKE HEMINGWAY AND MOST DIFFERENT?

We both have the love of the sea—fishing and the open water. The most unlike him is that being a Virgo, I probably have a desire to be more organized and less free-spirited than he was.

TELL ME ABOUT YOUR BIGGEST CATCH.

I was raised on Lake Griffin and I caught four or five big bass over 10 pounds by the time I was 15. There was no thrill in that anymore, so I took up saltwater fishing. I was a tarpon guide in Boca Grande for about 10 years and I guess a 185-pound tarpon is the biggest fish I’ve ever caught.

One stroke at a time. We were fishing with 50-pound test line and it took about 30 minutes.

I SAW YOU IN USA TODAY AND ON OTHER MAJOR NEWS OUTLETS. HOW ARE YOU HANDLING YOUR NEWFOUND CELEBRITY?

It’s amazing how many people have seen the story. A friend of mine has cousins living in China. They woke up Sunday morning and were watching FOX News, and it was on the Chinese broadcast. It was an AP release and I’ve gotten clippings from New Zealand, Vancouver, Australia, Russia, France, and Germany. It’s unbelievable. In fact, people have credited me for putting Leesburg on the map. (laughs)

DID YOU WIN ANYTHING?

I got a bust of Hemingway to keep, and I got to wear a great big medallion for one night that currently hangs in Sloppy Joe’s. I won a three-night stay at a hotel in Key West and a $100 gift certificate to the bar. What’s most important though is you win the right to return each year to be a judge.

SO YOU HELP PICK THE NEXT WINNER?

Yes, and that obligation exists for the rest of your life.

BESIDES HEMINGWAY, WHAT OTHER AUTHORS DO YOU ENJOY?

My favorite would be Randy Wayne White from Sanibel. He’s been on the bestseller list quite a few times for his intrigue/thriller type books that are set in Southwest Florida. They’re fiction but based in current history.

ON A SIDE NOTE, HOW DID YOU BECOME INVOLVED IN REAL ESTATE?

I came back to Florida to work with my father, who was a mom-and-pop developer. That was 40 years ago. It progressed into the brokerage business, and I’ve been here ever since.

IN YOUR CAREER, WHAT’S BEEN YOUR GREATEST ACCOMPLISHMENT?

(Laughs) You wonder what you have accomplished when you look back at your own life, don’t you? I say it’s been earning the respect of the community by what we give back and our involvement in the community. 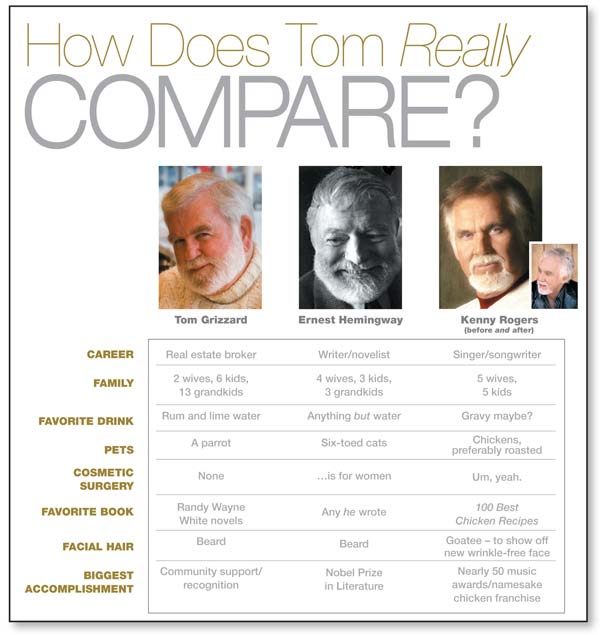