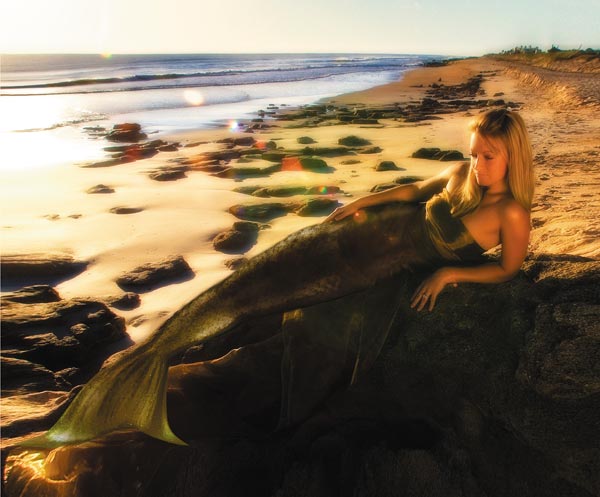 Take a closer look at portrait photographer Marci Sandler’s work and you just might see a little bit of artistic pixie dust. In her photos, seemingly ordinary people are magically transformed into fairies, mermaids, angels, and butterflies. Ever dream of being a rock star or a supermodel? Marci can make that happen, too. Her secret is creative photography and limitless imagination mixed with digital computer magic. The end result is a one-of-a-kind photographic piece of art.

“When I sit down with someone to discuss what kind of photos they want,” says Marci, “the first question I ask them is if they were art, what kind of art would they be? I want people to use their imagination and think outside of just traditional photography.”

But before even being asked that thought-provoking question, a visitor to Marci’s studio likely already has a good idea that this is going to be non-traditional photography. Her studio is a two-story Victorian house that sits right off of Ocala’s East Silver Springs Boulevard. You can’t miss it. It’s painted periwinkle with lime green window frames. The wooden mailbox out front is in the shape of an old-fashioned shutter camera. 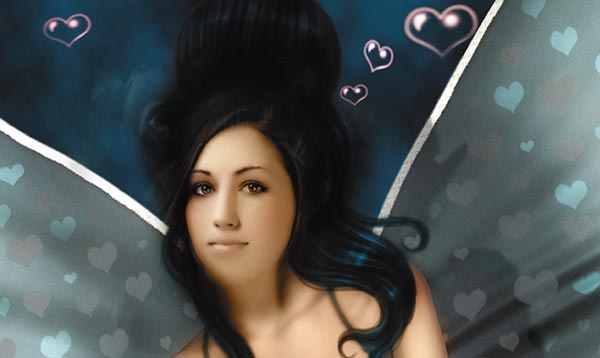 Stepping inside Marci’s studio is a visual delight. Photos of every size and kind are displayed on hanging racks, atop tables, and on the walls. It’s a kaleidoscope of colors, scenes, and people.

Beyond the conference room is a make-up area, prop room, and actual photo studio. The make-up area would delight any Hollywood starlet. The prop room looks like a mini civic theater with racks of clothes and costumes, all kinds of hats, and piles of pillows. And don’t forget the wings, angels, and fairies. There’s a giant velvet toadstool and an over-sized, stuffed quarter moon. A specially designed 3-D area has walls of corrugated tin, hand-painted graffiti, and peeling plastered brick.

Want your photos taken in the great outdoors? Step through the back door into a yard shaded by a giant camphor tree, complete with rustic benches. There are blooming azalea bushes and a flower garden. The cool-colored house, its side-door entrance, and front porch can also serve as a backdrop. 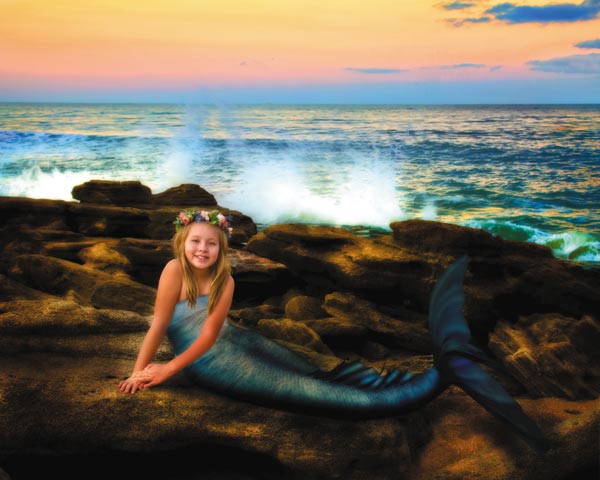 Just beyond Marci’s studio are downtown Ocala and the historic district. More adventurous location shooting may include beaches, Lake Weir, and horse farms.

“I want people to feel like a star and have fun,” says Marci. “When people are having fun, that’s when creativity comes in. That’s the most important part to achieve a great photo.” 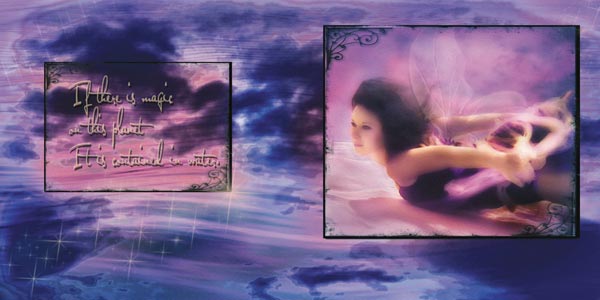 Always creative,Marci stumbled into photography while getting a bachelor’s in advertising from the University of Florida. She took a photojournalism class and when she looked through the camera lens—pun intended—things just clicked.

“That’s when I knew I wanted to be a photographer,” she says. “My first job as a photographer was with the UF campus newspaper, The Alligator. I’ve never been anything else since then.”

After a short stint at a newspaper in Union, South Carolina, Marci came back to Florida and settled into a career as a corporate commercial photographer. She worked for companies such as Publix, Certified Grocers, and Winn-Dixie. But tiring of the corporate mentality and deadlines, Marci veered into portrait photography. It was her “a-ha” moment. She bought the two-story Victorian house on Silver Springs Boulevard and began what has become a magical photographic journey. 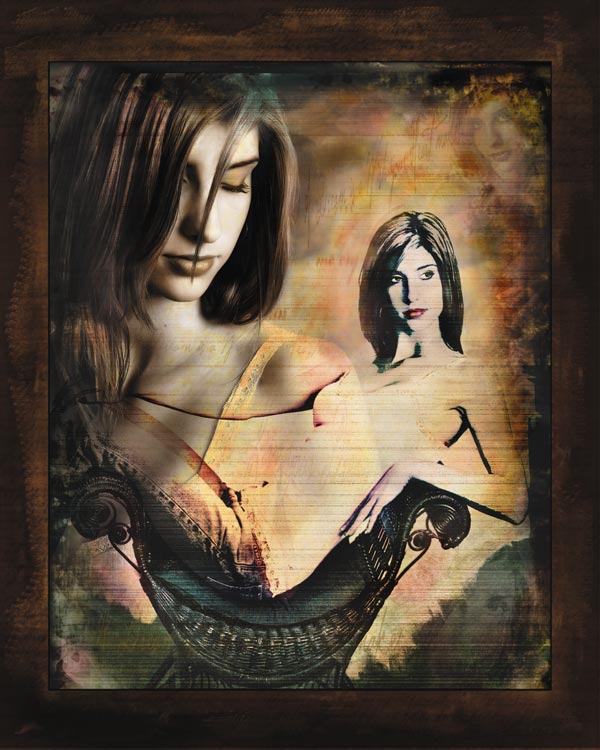 “I always wanted my photography to be distinctive,” says Marci, whose long, flowing strawberry-blond hair makes you believe she could’ve been a free-spirited hippie. “I wanted people to look at a photo and say, ‘I bet that’s a Marci photo.’ When that started happening, I knew I was accomplishing what I wanted to.”

As Marci evolved professionally, so did the photography business. First came the digital camera revolution and then the digital computer photographic programs.

“In the beginning, I was a photographer working with just light,” she says. “And light is still the most important part of the process. Digital cameras and computer programs have made the toolbox bigger. I slowly embraced the new technology and now it is a big
part of what I do. But it all starts with good artistic photography.”

And often award-winning photography. On a state and national level, Marci’s work has received plenty of accolades. The communications director and competition manager of Florida Professional Photo-graphers, Tony Hopman, is very familiar with Marci’s work.

“Every once in a while, someone comes along with a special creative spirit and that’s what Marci has,” says Hopman. “Her work is very unique. It has great impact with color and tone. The love for her work and her art comes through.” 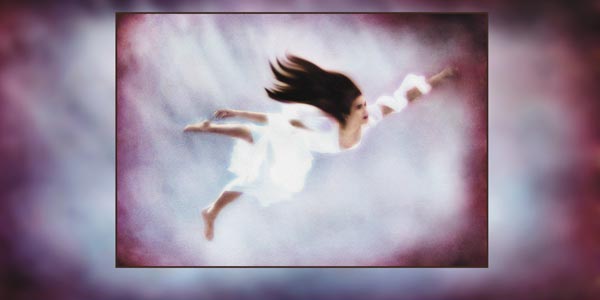 When Marci and her clients are sitting at her round lavender table, they are doing more than just talking about the business part of the deal. They’re getting to know each other.

“I want to know the people I’m photographing,” she says. “And I want them to know me because that will make them feel comfortable. I need to get a sense of who they are so that I can take the best photos. People don’t come out of a cookie cutter. Everyone is different.”

Marci’s clients are indeed all different, running the gamut from high school seniors to pregnant women to families to assorted family pets. Whether shooting in the studio or on location, no two days are alike, which suits Marci just fine.

“The variety of people and the shoots keep me fresh,” she says. “The high school seniors are a lot of fun and are willing to try something different and challenging. This is a very important time in their lives. Beyond getting photos done, I can also do an art book for them, a DVD, and a slide show with music for their MySpace page. All this new technology is part of their lives.” 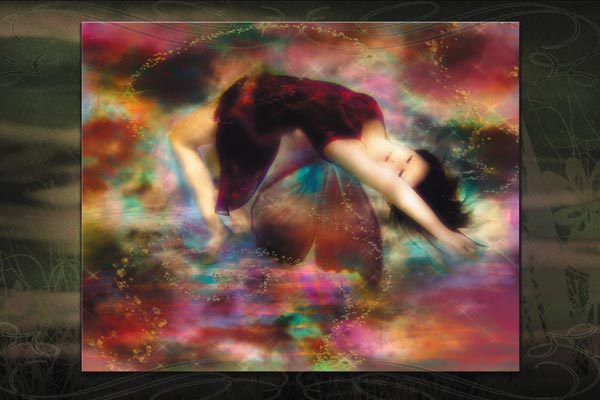 And Marci believes because of that connection to technology, these young people’s imaginations are alive and well. They are usually the ones who go off on flights of fantasy, becoming a mermaid or a rock star in their photos.

Karen Briggs’ daughter, Kelly, certainly did. Not only did the Vanguard High School senior come away with unique photos, Kelly became an Ocala Style cover model. She graced the December 2008 cover as the spirit of a Christmas fairy.

“Kelly had Marci shoot her senior pictures,” says Karen, who also commissioned Marci to do a family photo. “She had a lot of fun doing them and was very pleased with them, as we were with the family photo. When Marci called about Kelly’s picture being a magazine cover, we thought that was wonderful.” 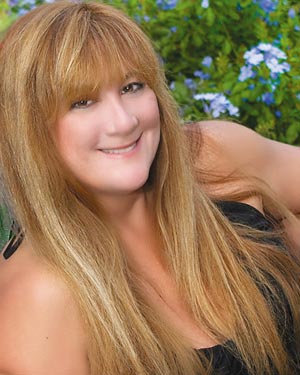 After taking the photos, Marci begins working her magic on the computer. She schedules photo shoots by appointment three days a week, allowing herself plenty of time for the computer work, completed at her Lake Weir home.

“It’s an involved process,” she says. “After I do some initial computer digital work, I’ll meet again with the client and make sure we’re on the right path.”

Marci also has her own criterion for judging if the photos are ready to show a client.

“I ask myself if this is a piece of art that I would hang on my wall,” she says. “Everything I do has my name on it. I’m not going to compromise my work, my art. I put my heart and soul into every photo I do.”

While she has embraced technology, Marci still believes it’s the enduring essence of a photo that is important.

“Think about this,” she says. “Whenever people are involved in a catastrophe like a fire or a flood, what’s the first thing they grab when they evacuate? Their pictures, their family albums. That’s how important photos are to us.”