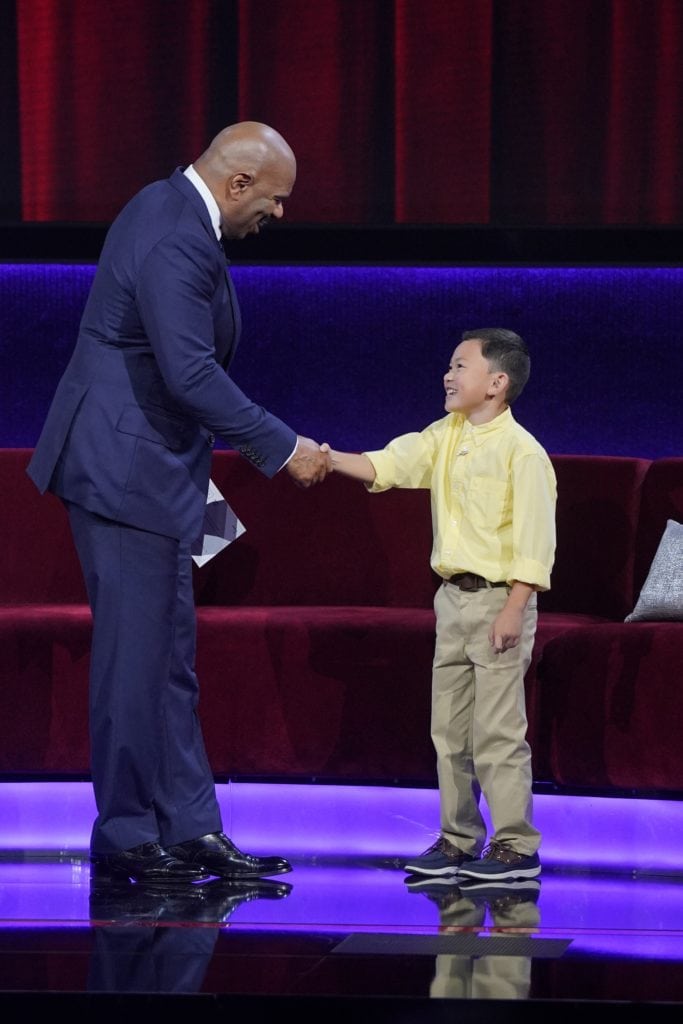 Most toddlers are content to mash their Play-Doh into rudimentary shapes or even try eating it. Not Miguel Secillano.

At age 2, he was meticulously stacking and counting his Play-Doh containers. His parents, Philip and Imee, took note.

“I introduced him to math, starting with addition, and he wanted more and more,” recalls Philip.

By the time he was 4, Miguel was doing complex math.

“I didn’t know what to give him next, so we bought a math curriculum and just let him do it,” says Philip, noting that one concern of parenting a math genius is not knowing if you’re providing too much challenge or not enough.

Miguel’s skill and confidence with numbers grew rapidly. His parents realized that more than just friends and family would appreciate his talents, so they submitted three videos to the NBC television show Little Big Shots, hosted by Steve Harvey. (Earlier this year Miguel also appeared in an episode of the ABC game show Child Support, as one of the smart kids who help adult contestants with tough questions.)

Miguel was chosen to appear on Little Big Shots, and last October, the family flew out to Los Angeles for the filming. At the time Miguel was 7 and a third-grader at Dr. N.H. Jones Elementary School in Ocala, where the family has lived since 2014.

Miguel wasn’t the least bit nervous about exhibiting his math skills in front of an audience. He explains that there was a practice session before going on stage with Harvey. In the segment, Miguel rapidly fills in a board of blank squares so that every line—vertical, horizontal and diagonal—adds up to the same number.

“It was fantastic! I got to meet new friends who were equally talented,” says Miguel of the show, which aired on March 18, 2018. “It was really an unforgettable experience.”

He may be a math genius, but in many ways, Miguel is like any other 8 year old. He loves going to the beach and Crayola Experience with his family. An avid reader, he also enjoys playing piano, guitar and violin. In addition to riding his bike, Miguel likes working with a coding language computer program.

He spends a lot of time with his younger sister, Marcela, 4, and, of course, practicing his math. He’s currently working on his own at the eighth-grade level, including pre-algebra.

“In school I still have to do the same math as my classmates,” says Miguel, “but it’s not really boring because it helps me review what I’ve learned before.”

Miguel is now a fourth-grader and has plenty of friends at school, but he’s already thinking well beyond his elementary years.

“I want to be an aerospace engineer who builds rockets and satellites that go up into space,” he says.