Since Carry Back became the first Florida-bred racehorse millionaire in 1962, the venerated distinction has expanded exponentially to 173 champions and counting. To date, a dozen Florida-bred “millionaires” currently reside in Ocala, including a pair at Charlotte Weber’s Live Oak Stud. 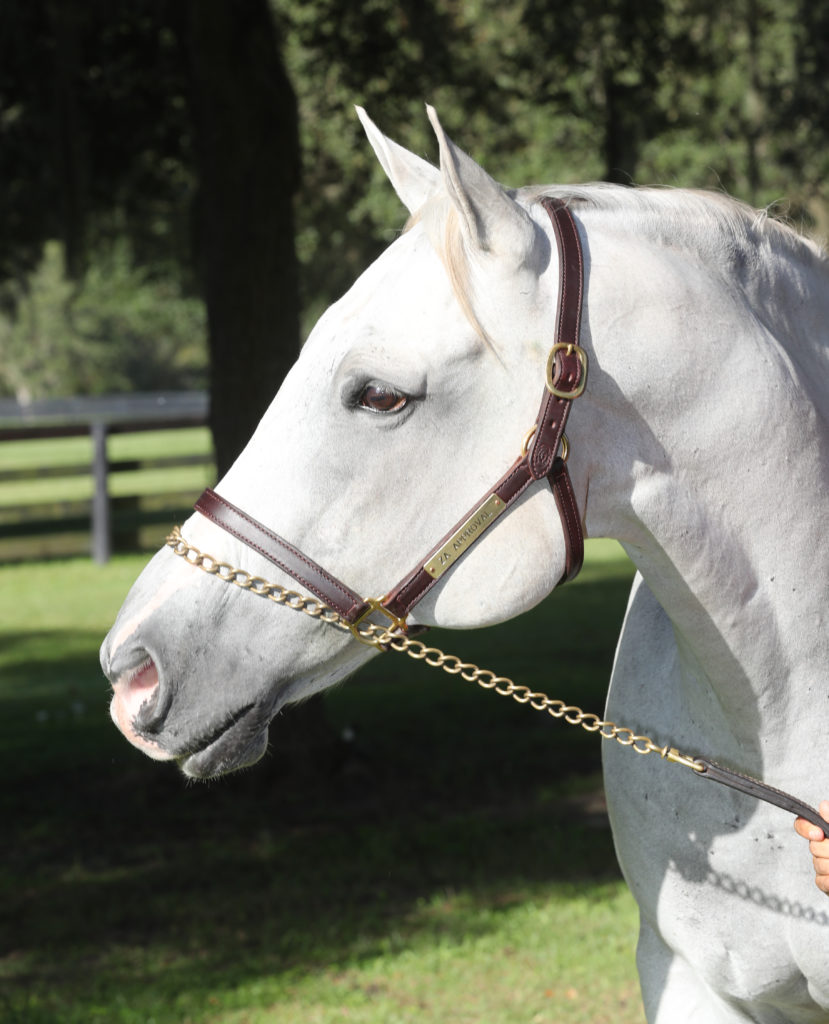 At Charlotte Weber’s 4,500-acre Live Oak Stud, there is no shortage of beautiful vistas. Weber’s regal thoroughbreds graze in verdant pastures, graced by majestic grand oaks, the farm’s namesake trees. In the spring, those pastures are home to rambunctious foals, who test their mother’s patience and grow into their made-for-racing legs. But when Weber looks out a certain back window of her Live Oak Stud home, she has perhaps one of the best views on the farm, that of several very special paddocks. Three of the equine residents of these paddocks are millionaires that Weber bred and raced, including a pair of Florida-bred millionaires.

“Mrs. Weber really enjoys being able to look out from her house and see her retired horses,” says Live Oak Stud farm manager Bruce Hill. “They gave her lots of pleasure as racehorses and she believes it’s her responsibility to give them a good life in retirement.” 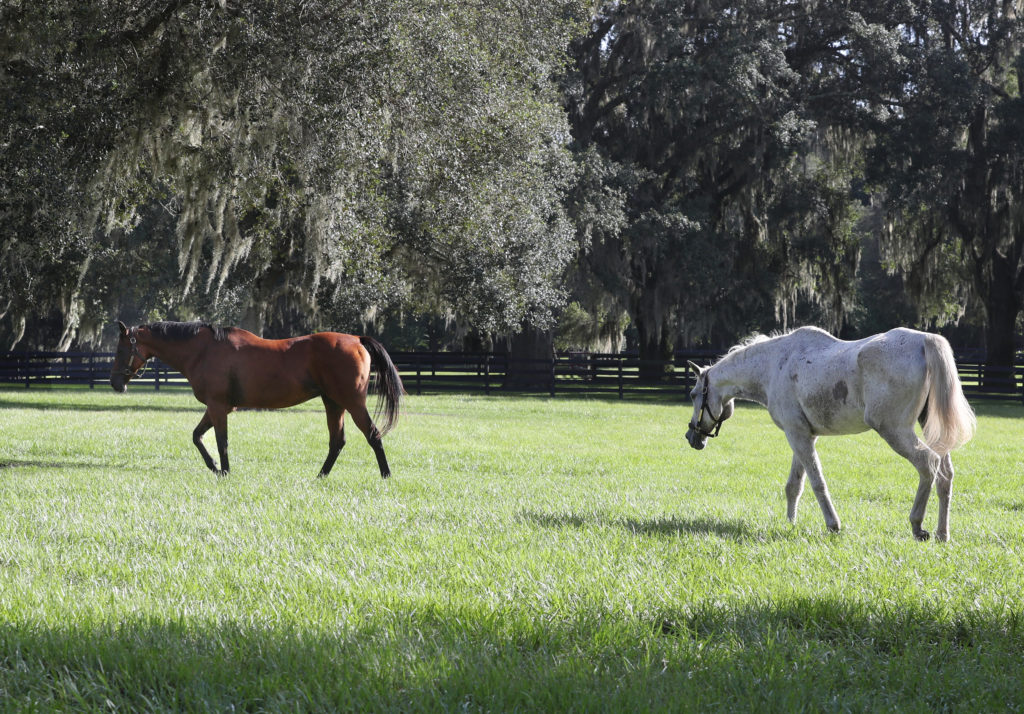 And in the paddock between those where the millionaires reside is pensioned (no longer being bred) Florida-bred Win Approval, the dam (mother) of millionaires Revved Up, World Approval and Za Approval. She also is the dam of Florida-bred millionaire Miesque’s Approval, who was bred and raced by Weber and was the 2006 North American champion male turf horse. Live Oak Stud-bred Win Approval, a 1992 gray mare, was the Florida Broodmare of the Year in 2006, 2016 and 2017. She also was named the 2017 National Broodmare of the Year by the Thoroughbred Owners and Breeders Association (TOBA). And, to date, Win Approval has the distinction of being the only thoroughbred broodmare in North America who has produced four millionaires.

“All of Win Approval’s offspring are similar to her when it comes to personality. They’re all independent and persnickety,” says Hill. “They are very happy just being horses out in their paddocks. We groom them, comb out their manes and tails once a week, and keep fly spray on them. But other than that, we just let them be horses.”

Hill notes that while World Approval likes peppermints, as does Win Approval, it doesn’t make either of them any friendlier.

“If you’re going to offer a peppermint to World Approval, it’s best to be careful because he’s more than a bit nippy,” cautions Hill. “As for Win Approval, she won’t take a peppermint from your hand. But if you leave one on the fence post, she’ll take it when she feels like it, maybe.”

In addition to the aforementioned horses, Ocala is, at this writing, home to nine other Florida-bred millionaires. 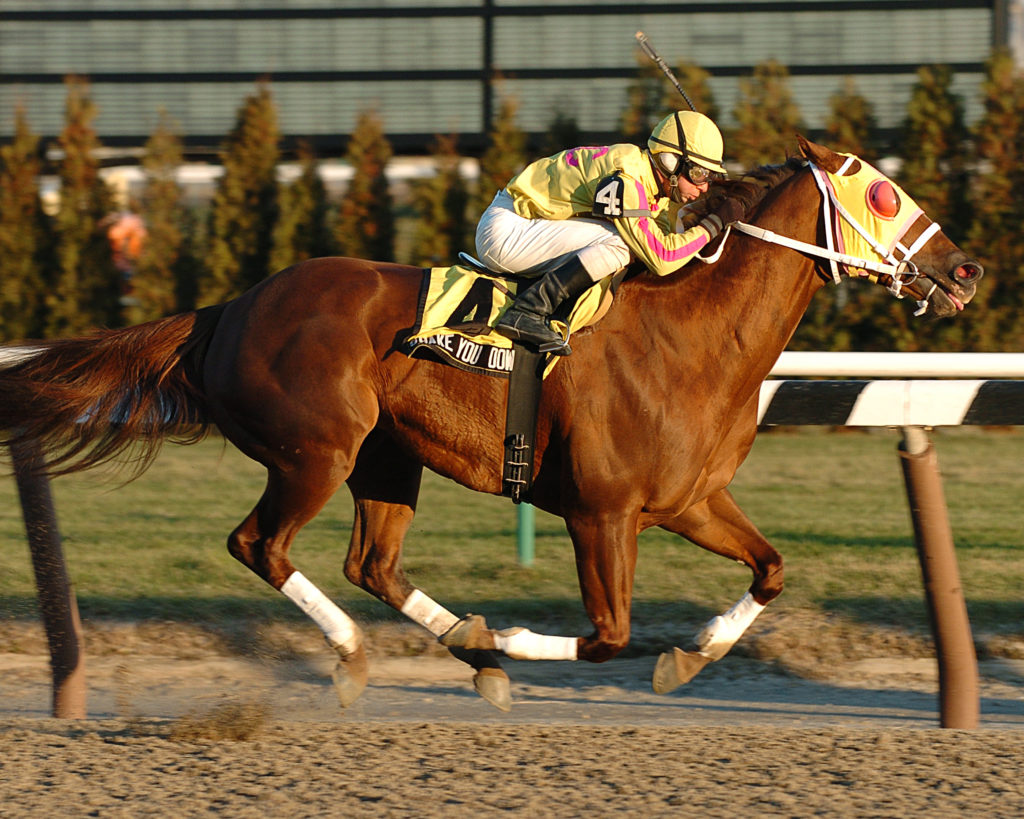 Big Drama
($2,746,060/stands at Oakton Stallions): A 2006 bay colt, Big Drama was bred and raced by Harold L. Queen. In 2010, he was named the North American champion sprinter and Florida-bred champion older male.

Forbidden Apple
($1,680,640/retired at TRF Second Chances Farm): Bred and raced by the late Arthur I.
Appleton, Forbidden Apple is a 1995 bay gelding. He was named the 2001 Florida-bred Horse of the Year and champion turf horse.

Shake You Down
($1,442,014/retired at TRF Second Chances Farm): Bred by Ocala Stud and raced by Robert L. Cole Jr., Shake You Down is a 1998 chestnut gelding. He was named the 2003 Florida-bred champion sprinter.

Diplomatic Jet
($1,267,202/retired at Black Diamond Farm): A 1992 chestnut horse, Diplomatic Jet was bred and raced by the late Fred W. Hooper. He was named the 1996 Florida-bred co-champion turf horse.

In Summation
($1,226,166/stands at Ocala Stud): Bred by the late Arthur I. Appleton and raced by Waterford Stables Inc., he is a 2003 bay horse. In Summation was named the 2003 Florida-bred champion colt/gelding. 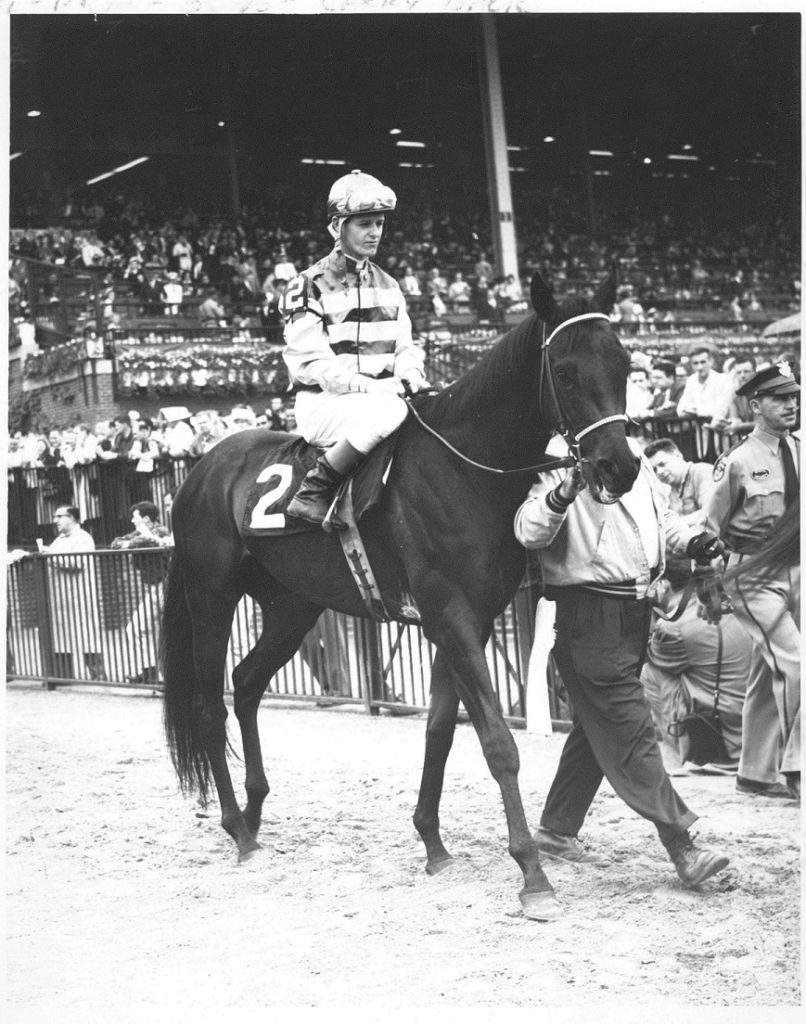 In the early 1950s, Jack and Katherine Price owned Dorchester Farm in Kirtland, Ohio. When one of their boarders failed to pay his $150 bill, they acquired the mare Joppy as payment. Joppy, who had been banned from racing for frequently refusing to leave the starting gates, earned all of $325 as a racehorse. The Prices would later breed Joppy to the stallion Saggy, and, yes, these were real horses with these less-than-flattering names. Saggy, who had actually once beaten 1948 Triple Crown winner Citation, stood for a $500 stud fee at Country Life Farm, outside of Baltimore, Maryland. In the midst of relocating Dorchester Farm to Ocala, the Prices sent Joppy and their other broodmares to be boarded at Ocala Stud. It was at the latter that Joppy foaled a 1958 bay colt by Saggy.

Named after a tax loophole, Carry Back was on the small side for a racehorse at 15.1 hands and weighing less than 1,000 pounds. Trained by Jack Price, Carry Back was a precocious runner, becoming a stakes winner at 2 in 1960 and earning $286,299. As a 3-year-old in 1961, Carry Back became the second Florida-bred to win the Kentucky Derby and the first Florida-bred to win the Preakness Stakes. He earned $565,349 on the season and was named the 1961 North American champion 3-year-old colt. That honor made him the third Florida-bred to garner a national title, joining Needles and My Dear Girl.

Carry Back returned to the races as a 4-year-old and, on May 30, 1962, he defeated two-time North American Horse of the Year Kelso in the Metropolitan Handicap and became the first Florida-bred millionaire. He would remain the only Florida-bred millionaire for six years until Dr. Fager also achieved the earnings milestone in 1968. Carry Back retired with career earnings of $1,241,165 on 21 wins, 11 seconds and 11 thirds in a remarkable 62 career starts. He stood stud at the Prices’ Dorchester Farm, siring racehorses who earned a total of $5,212,406.