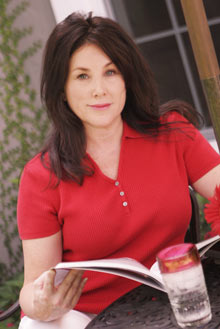 One woman rises above the pains of desegregation to carve out a remarkable career for herself. Another makes history for herself and our city after years of service in uniform. A sensational mare comes from behind time and time again to leave the boys, and the rest of racing history, in the dust.

Trailblazing, influential and fearless, these ladies show us what real “girl power” is.

Take, for example, the remarkable journey of Johnnie Mae Florence. At every turn, this Ocala native turned the challenges in her life into stepping stones. She was relentless in the pursuit of her dreams, never giving up or backing down. She blazed a path for herself, and today, she’s a successful actress in New York with a hit HBO show on her résumé. The story of Tara Woods, Ocala’s first African-American police lieutenant, is another inspiring example of one woman working hard and overcoming barriers to achieve a major milestone in her career and in our city’s history.

Then there’s our feature story on one powerhouse of a racehorse. “Zenyatta,” who made it onto Oprah’s “10 Most Powerful Women” list last year, dominated in a mostly male sport for several years. She inspired women (and more than a few men) the world over with her record-breaking winning streak. Best of all, she got her training right here in Marion County.

You don’t need to earn millions on the racetrack or land a plum role on TV, however, to be a woman of distinction. Every day, mothers everywhere accomplish what just might be the single most impressive feat—nurturing a happy, healthy family. While our health article this month on breastfeeding is educational, it’s also a nod to the powerful role mothers have in their children’s lives. We salute each and every one of you for raising the next generation of outstanding women—and of course men, too.