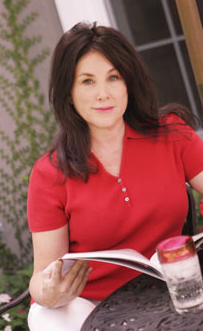 While the image of a tough, determined Rosie the Riveter may jump to mind when you consider women’s earliest contributions to the workforce, the fact is that women made up roughly 15 percent of the workforce as early as 1870 according to the U.S. Census.

Although teaching and dressmaking topped the list of women’s jobs in those early days, many strayed from the norm to work in steel mills, mines, sawmills, oil wells or as trappers and hunters (think early-day Katniss). Perhaps we have these women pioneers to thank for today’s opportunities.

Yes, women have been active members of our country’s workforce for well over a century, but it wasn’t until the World War II war effort that it became increasingly popular and necessary. As the men were being shipped off for service, women were being trained to work in factories. Women were gaining a new sense of purpose. The government, though, considered this women’s movement to be temporary, and as the war ended, many women were demoted to lesser paying jobs or were laid off, forcing them to find employment elsewhere. Out of this, an idea was born.

Today’s women are oh-so familiar with home demonstration companies. The first though? Tupperware. Following the post-war movement, women were looking for a way to stay active and continue to provide for their families. Brownie Wise took Earl Silas Tupper’s invention and turned it into a household name by hosting parties and selling the product to other neighborhood women. Tupperware paved the way for an abundance of home party companies, including Party Lite, Mary Kay and The Pampered Chef.

Whether doing so at home or in an office, statistically speaking, 60 percent of today’s women are active members of the US workforce. That’s more than 70 million workers. And many do so while also maintaining a healthy marriage, happy and well-rounded children and an active social life. So how do they do it? Well, it’s no easy task! Just ask the women featured in our first ever “Women of Style” promotional feature. These women are educators, shop owners, fitness gurus, financiers and more. We spent some time getting to know more about what makes their businesses successful. Unique products, stellar customer service and sheer determination all come to mind.

Of course, that’s not all this issue has to offer. Our “Summer Bucket List” story features 40 ideas to add to your list of “to-do’s” this summer, from reading a classic to strapping on a jet pack. We also introduce you to a few of Ocala’s moms of roller derby. The Cannibals’ season is now in full swing, and we got to meet a handful of these adventurous women. Then there’s the food. Southern food is a staple around these parts, and we’ve featured some of our area’s best and most-loved Southern dishes. Ever try pancakes and waffles? Maybe it’s time you did! And you can do it on us. Stay tuned to Ocala Style’s Facebook page for your chance to win gift certificates to many of the establishments highlighted in our “Dishin’ Up Some Southern Comfort” feature.