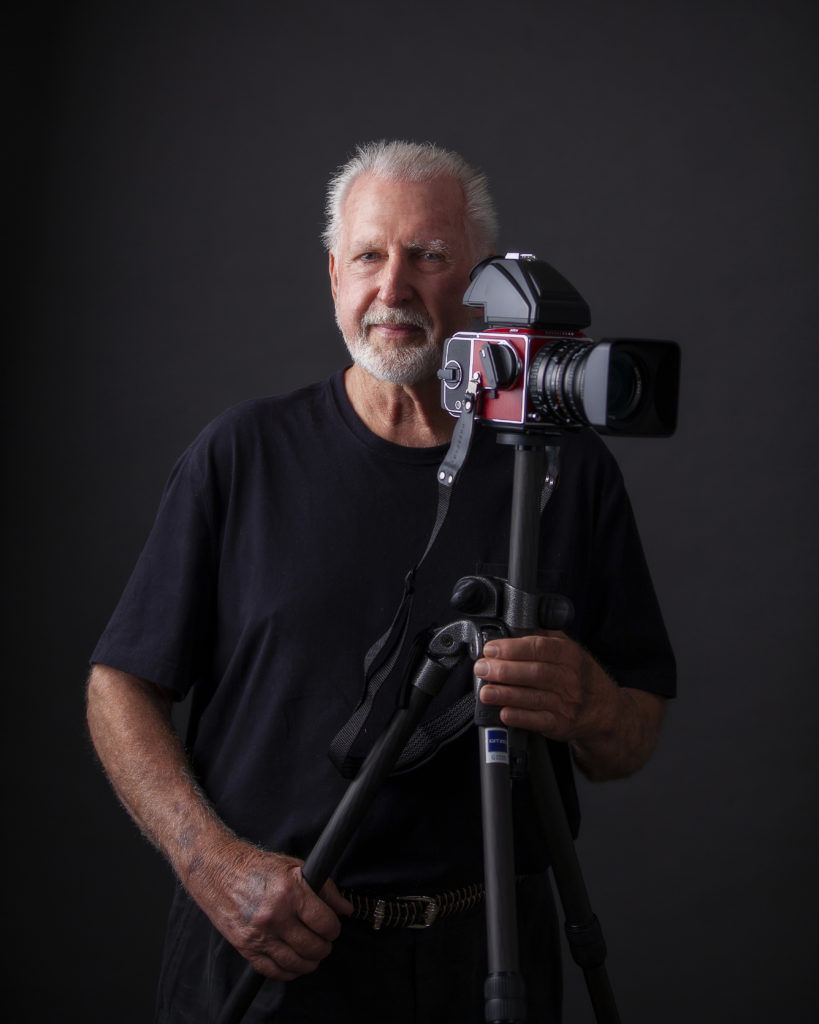 The frigid air blowing in the small open cockpit window of the light plane is 20 degrees below zero. The pilot is flying alone high above the Alaska Mountain Range, patiently circling Denali (formerly Mount McKinley), one of the most desolate places on Earth.

Today is a rare day.

Denali, which is usually engulfed by turbulence and shrouded in clouds and haze, can be seen clearly in the crisp cool air. Brilliant shades of white and multicolored shadow provide sharp contrast in the dazzling midday sun. The pilot readies his camera and aims it through the small storm window. In order to photograph only the mountain, he must gingerly maneuver the plane so that the wing and front fuselage are both out of sight simultaneously.

He tilts the plane precariously to the left between 45 and 60 degrees. The wing is out of the photo, but as the plane begins to bank left, the front fuselage quickly dips into view. He hits a hard right rudder, the nose rises and the perfect shot appears in his lens. Just as the plane begins to stall, the shutter snaps open and closed, and the danger involved in such a delicate, yet complicated maneuver produces a result that, to this seasoned photographer—and pilot—is well worth the calculated risk he has taken.

To Alan Abele, owner of Fine Arts Photography in Dunnellon, getting the perfect photograph requires several elements: careful preparation, tremendous and sometimes perilous physical effort, mental perseverance and a touch of the supernatural.

“Taking the perfect photograph is a spiritual experience,” he says. “The beauty that surrounds us is given to us as a kind of treasure, but it takes serious effort to truly see it. Many times that beauty can only be revealed through artistic technique and some seriously hard work…and I find a great deal of value in what I do.” 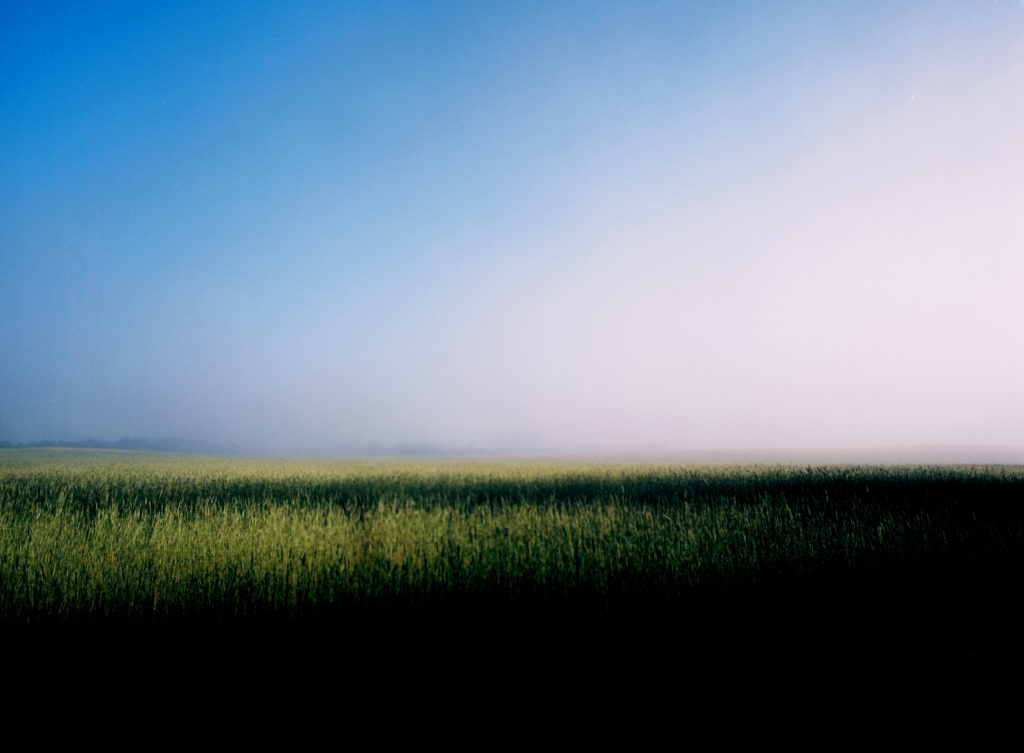 Abele first became interested in photography when his parents gave him a Hasselblad camera as a gift when he was 10 years old.

“When they gave me the camera, my father told me that if I pursued the art of photography it would take me many years to discern between what is really good and what is artistically excellent,” he recalls. “After all these years, I now realize what he meant.”

“I refuse to manipulate my photographs with the phony computer adjustments that so many people seem to revel in these days. Film photography allows me to capture certain aspects of color which just can’t be found in a digital camera,” he asserts. “It’s a bit old fashioned, but the results are stunning.”

The Quality of Light

“Around thirty years ago, a doctor friend of mine who specialized in large-format black and white photography was invited out to California by Ansel Adams to have his portfolio critiqued,” he remembers. “I was invited along as an observer. We spent the day with Ansel in his darkroom. I remember Adams saying that he was always looking for the quality of light. That impressed me, because I immediately identified with his statement. That is what I am always looking for.”

When Abele discovers a site or object he wants to photograph, he studies it patiently, waiting for that precise moment when light and shadow, hue and saturation signal to the artist within that the time has arrived to snap the shutter.

“There are times I may spend an entire day at a site waiting for a certain quality of light,” he says. “I may not see it that day, but I will come back again and again until I find that perfect shot.”

Abel says he revisited the headwaters of the Rainbow River more than 20 times before taking a single photograph. When he finally found the quality of light to be precisely what he was seeking, he took what he considers to be one of his finest shots. 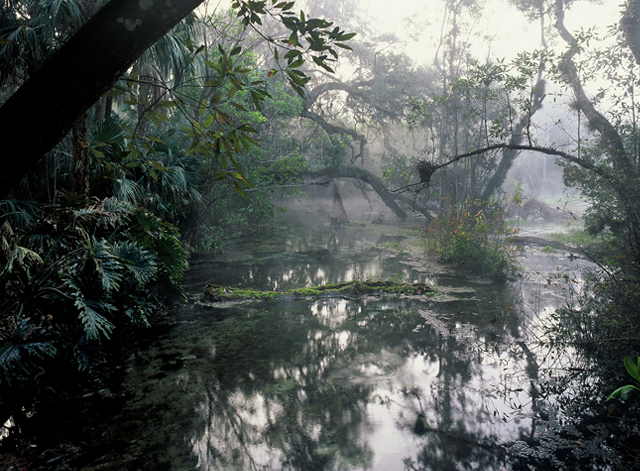 “The greatest compliment I can receive is when someone says that my photograph is ‘breathtaking’,” he says. “This is when I know that I’ve conveyed to that person the spectacular natural beauty I was seeing and feeling when I took it.”

Abele specializes in landscape and architectural photography but still takes the occasional portrait. A preponderance of his landscapes are taken within just a few miles of his home.

“To the artist who patiently and steadfastly seeks, nature reveals her secrets,” he says. “Once the artisan discovers that secret, it must be photographed in its most natural and pristine state. Nature’s secret can then be rightly shared with an audience that might otherwise never have seen it. Some photographs may be of places that only the photographer has access to, but others may be of sites that people pass by every day but are simply too busy or preoccupied to actually take the time to ‘see’. It’s my privilege to share these secrets with others.”

The Pursuit of Excellence

Prior to retiring 20 years ago and pursuing photography full time, Abele was prominent in the aerospace and engineering industry. He created and operated an engineering firm that specialized in experimental industrial process systems. He is credited with seven patents on devices used in scientific fields as diverse as meteorology and biology. The 73-year-old Abele just recently began to promote his photography commercially. This led him to create Fine Arts Photography, which he operates out of his home. His exacting quest for perfection in science is integral to his quest for the perfect photograph.

“The motto for my engineering research firm was ‘Quality has no Equal’ and I have tried to carry that over into my photography,” he says. “When it comes to my work, I am technically demanding. I am not content with a photograph that is merely ‘good’, I want something that is technically excellent and artistically dazzling.”

Abele’s photography can be viewed firsthand at the Brick City Center for the Arts in downtown Ocala January 3rd through February 1st, 2020.

“This is my first solo exhibit and I’m excited and delighted that it will be in Ocala,” Abele offers. “Many of the photographs I will display are from the immediate area. I’ve been all over the world and I’m telling you that you don’t have to travel long distances to find unbelievable beauty…it’s right here.”