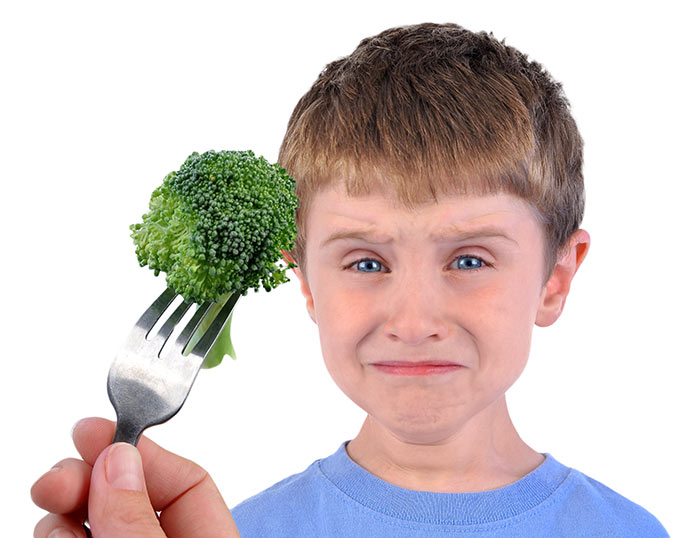 Have family mealtimes turned into your reality TV version of Food Wars? Then chances are good, very good, that you have at least one picky eater in the house.

No matter how much you plead, cajole or bargain, your picky eater won’t touch that broccoli or fish. Meat? Forget about it. Your child wrinkles up her nose, shakes her head, even gags and turns away with a defiant, “That’s yucky, and I’m not eating it.”

For scores of frustrated parents who often throw up their hands in dismay, take heart—this picky eating phase is considered by child specialists to be a normal part of development. It generally kicks in at about 2 years of age and usually begins to gradually disappear after age 5 for most children. But if that seems like an eternity, it might help to know that genetics, not bad parenting, play a large role in a child’s eating behaviors.

In a recent study conducted at the University of North Carolina at Chapel Hill, 66 pairs of twins between ages 4 and 7 were studied for their food behaviors. The researchers found that genes explain 72 percent of the variation among children in the tendency to avoid new foods, while the rest was influenced by environment.

“In some respects, food fear or the aversion to trying new foods is similar to child temperament or personality,” says Myles Faith, an associate professor of nutrition at UNC’s Gillings School of Global Public Health. “Some children are more genetically susceptible than others to avoid certain and new foods. However, that doesn’t mean that they can’t change their behaviors and become a little less picky.”

What food tastes like is influenced by all our senses—but, particularly, our sense of smell. Think about when you have a stuffy nose and can’t taste anything. Olfactory receptor cells in the nasal cavity stimulate a neural response in the brain that allows us to detect food flavors. In fact, our sense of smell accounts for more than 70 percent of our ability to taste. Turns out our sense of smell changes over time, so something we didn’t like when we were picky eaters driving our mothers crazy, we might eat later in life.

Taste buds are sensory organs on the tongue, roof of the mouth and in the esophagus that allow us to perceive taste.The tongue’s taste buds allow us to detect five basic flavors—sweet, salty, bitter, sour and umami, the Japanese word for savory.

Then there are the supertasters. The term was coined decades ago by Linda Bartoshuk, a University of Florida taste researcher. According to her research, about 25 percent of people have been genetically bestowed with an extraordinary number of taste buds. These supertasters experience tastes significantly more intensely than others. They may avoid foods with overpowering strong and bitter flavors.

A child’s mother plays a key role in his or her food preferences, beginning in the womb. According to research at the Monell Chemical Senses Center, a fetus begins to perceive flavors in a basic way by the third trimester when taste buds and olfactory receptors begin to send information to the central nervous system. So what the mother-to-be eats may determine the child’s food preferences via the amniotic fluid in the womb.

Another Monell Chemical Senses Center study also found that infants who were breast-fed and whose mothers repeatedly ate certain foods, such as vegetables, were more likely to accept those foods during and after weaning. But breast-fed babies with vegetable-averse mothers or those who were formula fed didn’t show this acceptance.

“It’s a beautiful system,” says Julie A. Mennella, Ph.D., of the Monell Chemical Senses Center. “Flavors from the mother’s diet are transmitted through amniotic fluid and mother’s milk. So, a baby learns to like a food’s taste when the mother eats that food on a regular basis.”

In a University of Illinois study, parents of 170 2 to 4 year olds observed and recorded their children’s responses to five standardized meals brought into their homes by researchers over the span of two weeks. At the beginning of the study, 83 children were described by their parents as picky eaters; 87 were not. At the study’s conclusion, the differences between the picky and non-picky eaters were significant across 16 assessed behaviors.

“Not all picky eaters are created equal,” says Sharon Donovan, a professor of nutrition at UI who headed the study. “If we better understand the behaviors that parents associate with picky eating, then we can develop specific recommendations targeted at those behaviors.”

The study divided picky eaters into four groups: sensory-dependent eaters, who reject a food because it’s mushy, slippery, bitter or lumpy; behavioral responders, who cringe or gag when food’s not prepared in the “right” way or refuse to come to the table at mealtime; preferential eaters, who won’t try new foods and avoid foods that are mixed or have complex ingredients; general perfectionists, who have very specific needs, little variety in their diet and may insist that foods not touch each other.

“A parent’s response to pickiness can determine how bad the behavior will be and how long it will persist,” says Donovan. “Don’t let every meal become a battle. We encourage parents to keep exposing the child to different flavors, textures and food groups. This is linked to gradual and better acceptance.”

When It’s More Than Just A Phase

A recent study conducted by Duke Medicine, involving 3,433 children, found that moderate and severe picky eating often coincides with serious childhood issues, such as depression and anxiety that may need intervention.

According to the study, more than 20 percent of children ages 2 to 6 are selective eaters. Of that number, nearly 18 percent were classified as moderately picky. The remaining children, about three percent, were classified as severely selective. Moderately picky eaters were defined as those who had to have special meals cooked for consumption both in and out of the home. Severely selective eaters were described as so restrictive in their food intake that it limited their ability to eat with others.

“Severely selective picky eaters are children whose eating has become so limited or selective that it’s starting to cause serious impairment,” says lead study author Nancy Zucker, Ph.D., director of the Duke Center for Eating Disorders. “Impairment can take many different forms. It can affect the child’s health, growth, social functioning and the parent-child relationship.”

Zucker notes that, “children who refuse to eat might have heightened senses, which can make the smell, texture and tastes of certain foods overwhelming, causing aversion and disgust.”

The key, according to Zucker, is intervention for high-risk children.

“Parents need to consult with their pediatricians on the best course of action. Some children may benefit from therapy, which may include demystifying foods that cause anxiety through exposure,” says Zucker. “But traditional therapy methods may not address children with sensory sensitivities. Treatments also need to be better tailored to a patient’s age range. Our hope is that our research and those of others will spur new intervention protocols and treatments.” 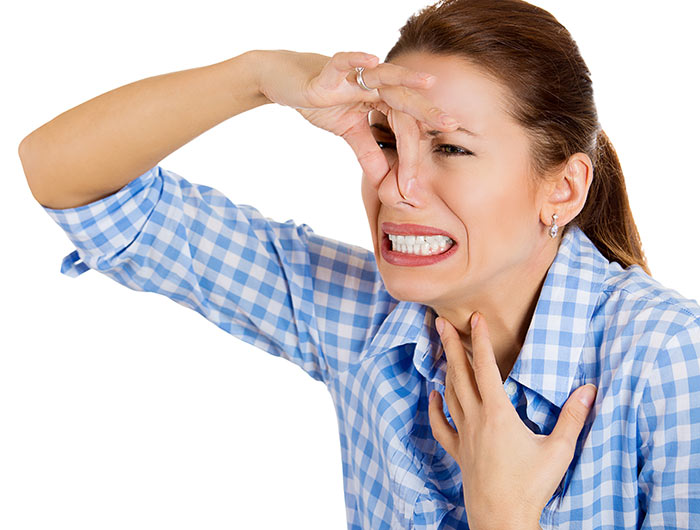 In 2010, Duke Center for Eating Disorders Director Nancy Zucker, Ph.D., and her colleagues developed an online registry and lengthy survey for adult selective eaters. The survey was constructed to rule out bulimia, anorexia and obsessive compulsive disorder. The survey had 35,000 respondents.

“We learned many things from that survey,” says Zucker. “Adult selective eaters did self-report having been picky eaters as children. The study suggested that they reject food based on sensory qualities other than taste, such as not liking the look or smell of certain foods. It was more an issue of disgust for certain foods than anxiety about them.”

In Zucker’s experience, adult selective eaters tend to seek help when “their eating behavior is getting in the way of their job or social life. And they also don’t want to be bad role models to their children.”

“At our center, we focus on helping adult selective eaters overcome their embarrassment,” says Zucker. “Through cognitive behavior therapy, we want them to feel validated about their own food preferences. We help them to become more comfortable with approaching certain foods.”

Zucker adds, “Any adult who thinks they might be a selective eater, should talk to their physician about treatment options. Getting tested by an occupational therapist to rule out physical issues is a good first step. Seeking treatment from a cognitive behavioral therapist would also be a good choice. ”

Parents need to be role models when it comes to eating; children will generally get their food cues from their parents.

Use window between 4 months and 2 years old to expose children to as many foods as possible.

Continue to offer foods; studies show that it takes at least 10 times before a child will accept most foods.

Teach child to say, “No, thank you” rather than “yuck.”

Have child leave the table if he or she behaves badly.

Pair unfamiliar with familiar food, not yet-liked with liked food.

Include one or two side dishes that the child ordinarily eats, such as bread, fruit or milk.

Let child pick and choose from what you put on the table.

Don’t offer the child alternative foods to those on the table for the family.

Don’t talk about your child’s food likes and dislikes.

Don’t put pressure in any way on child’s eating.

Don’t offer one food as a reward for eating another.