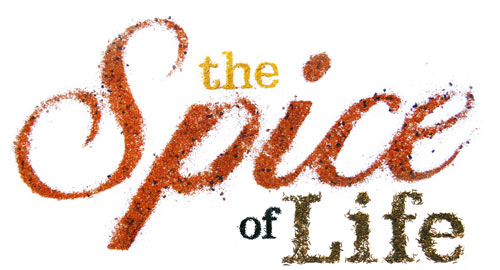 The rich vanilla in hand-churned ice cream on a blistering August afternoon. The scent of a perfectly seasoned roast hot from the oven. The taste of warm gingerbread during the holidays.

Ask anyone to name a special childhood memory and chances are food will play a role. Whether it’s a beloved family recipe, a favorite cookie or a classic holiday dish, spices are invariably one of the reasons we remember them with fondness.

Yet spices are far more than just flavorful.

From the earliest days of recorded history, spices have been used in trading and as signs of wealth and extravagance. At times, they were considered more valuable than silver or gold. The ancient Egyptians treated spices with such reverence that they buried them along with their pharaohs. The Romans used spices in cooking, but also as perfume. The Emperor Nero ignited a controversy when he burned a great amount of cinnamon at his wife’s funeral, an act officials considered inexcusably wasteful because the spice was so valuable. But the history of spices dates back even further.

“Before they were money, spices were medicines,” notes Dr. Bharat B. Aggarwal, PhD, author of the newly released Healing Spices: How to Use 50 Everyday and Exotic Spices to Boost Health and Beat Disease and a professor of experimental therapeutics at MD Anderson Cancer Center inHouston, Texas. “Turmeric, cloves, cinnamon, coriander, ginger and black peppercorns—healers all—are among the oldest spices, with their use dating back to the world’s first civilizations. 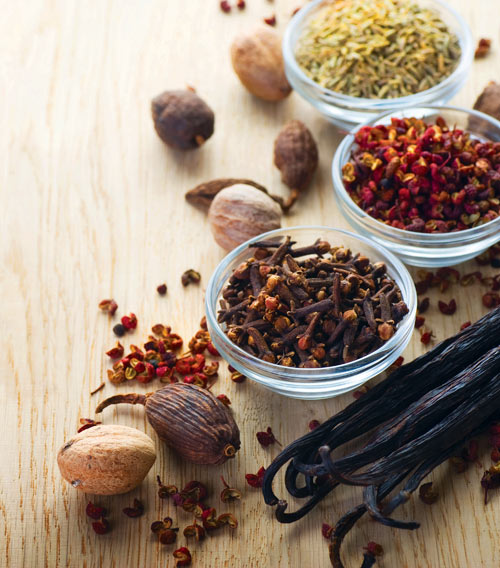 “Spices contain an abundance of phytonutrients, plant compounds that bestow health and promote healing in a variety of ways,” Dr. Aggarwal adds. “Most of them are powerful antioxidants that control and disarm ‘free radicals’ that can damage cells, causing illness and aging.”

Phytonutrients are also natural anti-inflammatories, which is crucial since low-grade inflammation has been linked to such health problems as cardiovascular disease, cancer, type 2 diabetes and Alzheimer’s disease.

“Most chronic diseases are caused by chronic inflammation and can be ‘dialed down’ by spices,” Dr. Aggarwal says.

Unlike herbs, which are leaves, spices can be obtained from many parts of a plant, such as the seed, root, bark stem, bud, flower or fruit. And yes, some spices do come from the plant’s leaves.

Ethnic cuisine is growing in popularity across America, thanks to Food Network and the proliferation of ethnic restaurants. Yet the same Americans who flock to these establishments tend not to cook spice-filled dishes at home. Dr. Aggarwal suspects this is simply because people are intimidated by unfamiliar spices, many of which aren’t readily available at the supermarket.

“The secret to feeling comfortable with spices is understanding them,” he says. “Contrary to popular belief, spice is not a synonym for ‘hot.’ Most spices do not add fiery flavor to food. Rather, they are aromatic, which serves several culinary purposes. They may impart a characteristic flavor (be it sweet, tangy, sour or hot), serve as a natural tenderizer for meat, add body and texture, act as a thickener or binder, color the dish or assist the digestive process. All spices perform several of these tasks.”

For example, turmeric, which happens to be Dr. Aggarwal’s favorite spice, adds color and aroma. Coriander acts as a thickener, while also providing a nutty flavor, and ginger enlivens taste and aids digestion.

For those uncertain where to start, Dr. Aggarwal says the easiest spices to incorporate into everyday cooking are turmeric, cumin, coriander, cloves, cardamom and ginger. Since not all American stores carry a large variety of spices, he recommends shopping for them at an Asian, Indian or Latin grocery store.

“Many of these markets, particularly the Indian markets, sell spices in bulk, packaged in tins or plastic bags of 14 ounces or more,” he notes. “The cost of buying in bulk is much less than buying 2.5-ounce bottles of the same spice in a large chain supermarket.”

If you buy in bulk, he advises removing the spices from their plastic wrappers and storing them in airtight glass containers to extend their shelf life. Expect whole spices to keep for two to three years, and ground spices to last roughly a year. If you open a bottle of ground spice, sniff and find little aroma, toss it. To test whole spices, rub gently between your fingers. If still fresh, they’ll release a small amount of volatile oil that you can readily detect.

Seema Patel and her husband, Mike, are local business owners from Ocala. An avid cook who creates Indian dishes daily, Seema encourages everyone to step out of their comfort zone and try something new.

“I cook everyday,” she says. “My husband, myself and our son are vegetarians so we do a lot of vegetable and lentil dishes. Some of my favorite spices to incorporate into our dishes are chili powder, cinnamon, cloves and tumeric.

“Tumeric is actually really good for you,” she continues. “It helps ward off colds and the flu, and it can help prevent Alzheimer’s.”

Every Wednesday, Seema makes a trip to Sagar Indian Grocery on State Road 200 for fresh Indian vegetables and other Indian cuisine (including plenty of spices) that can’t be found in American grocery stores.

“A lot of people think Spanish food is spicy because they’ve tasted hot chilies,” says Fatima Luzuriaga, who co-owns the Latin fusion restaurant Latinos Y Mas in Ocala along with her husband, Webster. “There’s a difference between Spanish food and Mexican food. Spanish food is subtle and it is the gentle hint of flavoring that makes Spanish food so special. We hardly use any chilies in Spanish food. Chilies are used mainly in Mexican food. We use chili guajillo, chili ancho, chili poblanos and jalapenos.”

Fatima notes that some of the most commonly used spices in Spanish cooking include paprika, cayenne, garlic, saffron, tarragon, thyme, cumin, cloves, nutmeg and ginger.

Originally from Ecuador, Fatima and her mother, Maria, are in charge of the kitchen and together create all the recipes and dishes featured at Latinos Y Mas, which has been located in Ocala since 1990.

“We try to buy whole spices and then roast them or grind them fresh,” says Fatima. “They have a better taste and smell doing it this way. Even our black pepper is bought as whole peppercorns.”

“Spices are so important. For example, paella without saffron is not the same. Just using a little bit of a spice can make a big difference,” Fatima adds. “When you’re cooking, you have to taste and try the dish, so don’t be afraid of using spices. With any cuisine, there are great spices, but you have to learn to appreciate them and in order to do that, you have to be willing to try them.” 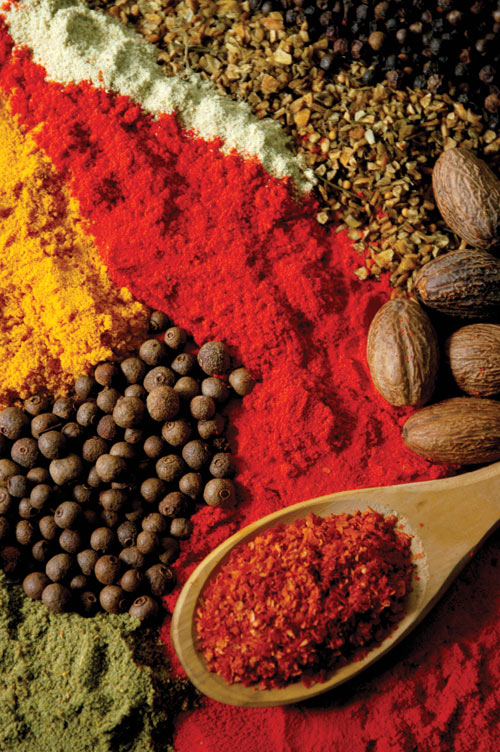 On a recent visit to Peru, Fatima was fascinated by the variety of different chilies and spices used in Peruvian cuisine.

“Some dishes are spicy, but others are not, although they’re all delicious,” she says. “We’re making a few Peruvian dishes now, such as Ceviche de Pescado, which is one of my favorite appetizers now.”

“Many people who haven’t tried Thai food think everything is spicy, but we have many dishes that aren’t,” says Paul Chanavorachai, one of the owners of local restaurant Ayuttaya Thai Cuisine. Named for a centuries-old capital city in Thailand, Ayuttaya opened in Ocala in January 2001 and celebrates its 10th anniversary this month.

Of course, certain Thai dishes are spicy. Most of the time, entrées made with green curry are hotter than those with red curry, and that often surprises customers who assume “red” means “hot.”

“You can make any dish mild. They don’t have to be spicy,” notes Chanavorachai, who is responsible for much of the cooking at Ayuttaya.

He suggests starting with less spice and gradually adding more to taste. Among the spices most commonly used in Thai cuisine are hot chili peppers, ginger, garlic, white pepper and curry powder.

If you’ve never tried Thai food, Chanavorachai recommends Pad Thai because it’s flavorful yet not overwhelming. Known as one of Thailand’s national dishes, Pad Thai features stir-fried rice noodles with eggs, fish sauce, tamarind juice and red chilli pepper. It can be vegetarian, with bean sprouts and/or tofu, or may include shrimp or chicken. Ground peanuts, coriander and lime are used to garnish the dish.

Why not take the advice of these local experts and make a resolution to start incorporating more spices into your daily meals? You’ll not only reap the benefits of increased flavor and aroma, but you may just improve your health along the way.

Good for What Ails You

Most Americans are accustomed to taking a pill to deal with health issues, yet spices have an abundance of natural healing properties. While in no way complete, here’s a partial listing of the many health concerns that spices can help treat and/or prevent, as taken from Dr. Aggarwal’s book, Healing Spices: How to Use 50 Everyday and Exotic Spices to Boost Health and Beat Disease. To learn more and to find recipes incorporating these spices and others, pick up a copy of the book just released this month, and available wherever books are sold.

(This listing is not intended to diagnose or treat any disease. Consult with your physician if you are experiencing any changes in health or wellness.)