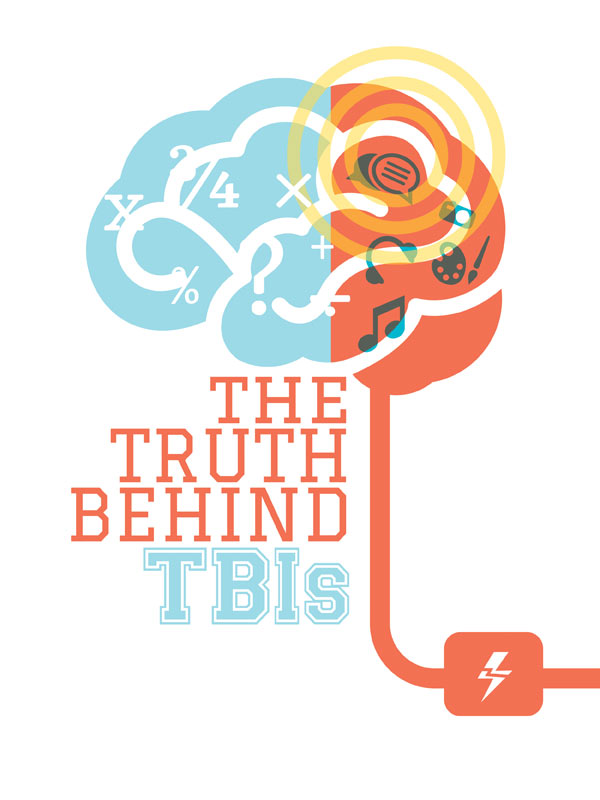 Sports teach young players an assortment of vital life skills, including self-esteem, teamwork and dedication. But in some cases, they can teach something a little more primitive—the tougher, the better. Although learning to be “tough” will inevitably be taught in life, it can breed serious health repercussions when it’s over-emphasized in the realm of youth sports.

Hard hits and high-impact collisions can breed big bruises, broken bones and even brain injuries in contact sports. Yes, bruises fade and bones heal, but injuries to developing brains are much harder to mend.

Although there are many different types of traumatic brain injuries, or TBIs, the most common type in contact sports is a concussion. Brain-damaging concussions can lead to several health problems, some of which are immediately noticeable and others that can stay hidden for decades.

Extensive media coverage of sports-related TBIs seems to be sparking more concern in parents of young athletes. In fact, more Americans are visiting the emergency rooms for concussions than ever before, according to data collected from the Centers for Disease Control and Prevention (CDC). Is the recent uproar enough to warrant withdrawing your child from the sport he or she loves? Here are the basics of TBIs in youth sports, with advice from local pediatricians Dr. Chris Okonkwo, M.D., F.A.A.P of Children’s Health Ocala and Dr. Michael Griffen, D.O., F.A.A.P. of Sun Country Pediatrics in Spring Hill. These doctors share their professional insight to help you protect the young athletes in your family.

Cartoons make concussions look comical, really. A brutal whack on the noggin sends the character into a ditzy daze of twirling birdies and floating stars. Strangely enough, we, especially children, find this state of mind amusing. However, the reality is that concussions are serious injuries. They are a type of TBI that causes notable damage to the brain. In some cases, concussions can lead to other lasting health conditions and, in very severe cases, death.

And they’re more common in our youth than you might think; almost half a million children aged 0 to 14 years visit the emergency department for TBIs annually, according to the CDC. Concussions are usually the culprit, causing about 75 percent of all reported TBIs each year.

A concussion occurs when a blow, bump or jolt to the head or body, similar to ones often sustained during youth sports, causes the brain to violently slosh around in the skull. The contact made between the brain and the skull causes damage to the brain cells, temporarily altering the way the brain works. The rapid movement of the brain not only damages brain cells but spawns chemical changes that make the brain more sensitive to stress or further injury until it has fully recovered—which could take weeks or longer.

“Concussions can cause short-term memory loss, emotional problems such as sadness and irritability, sleep problems, headaches, nausea and cognitive problems such as dizziness and confusion,” Dr. Okonkwo says, “Students may have problems focusing or trouble with school work until they’re fully healed.”

From football to water sports and everything in between, concussions can occur in any youth sport or recreational activity. However, the risk of acquiring a concussion is higher in specific sports. The American Association of Neurological Surgeons (AANS) has compiled a list of 20 sports and recreational activities that contributed to the number of TBIs treated in hospitals in a year. They place several popular youth sports at the top of the list:

Surprisingly, high school football players are nearly twice as likely to suffer from a concussion than college players, according to a 2013 study conducted by the Institute of Medicine. The study revealed that high school football players suffered from 11.2 concussions for every 10,000 practices and games. Keep in mind that was only based on the number of concussions that were reported.

Unfortunately, a concussion can be hard to spot. A hallmark sign of a concussion was previously thought to be unconsciousness, but that isn’t necessarily the case. Concussions can occur with or without loss of consciousness and even with no immediate symptoms. Symptoms could take hours or even days to develop after the initial impact. Examination from an on-site athletic trainer or doctor could help determine if precautions are necessary.

To complicate matters further, the time it takes to recover from a concussion can vary based on multiple factors. Younger children may have a longer recovery, according to Dr. Okonkwo, because the brain has not fully developed. It’s imperative that the child sees a medical professional before returning to sports or other physical activities.

“The danger occurs when the athlete doesn’t allow enough time for the brain to heal properly,” he adds.

Recognizing a concussion is extremely important when it comes to youth contact sports. If another impact is sustained before the brain fully recovers from the first concussion, it can cause a fatal swelling of the brain called second impact syndrome. 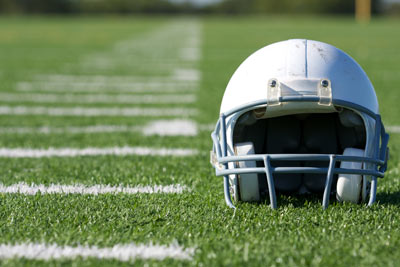 “There appears to be growing evidence that repeated concussions can cause cumulative neuropsychological deficits,” Dr. Griffen warns. “Cognitive impairment, behavior, personality changes, depression, suicidality, Parkinsonism and other speech and gait abnormalities have been described.”

Unfortunately, Dr. Griffen’s suspicions are confirmed with cases being reported throughout professional sports. John Grimsley, a former NFL linebacker for the Houston Oilers, died at only 45 years old. Grimsley died when dementia-like symptoms caused him to accidentally shoot himself while cleaning his gun in 2008. Soon after his death, an autopsy of his brain revealed he had chronic traumatic encephalopathy.

Chronic traumatic encephalopathy (CTE) is a degenerative disease of the brain found mostly in athletes who have had repetitive brain trauma such as concussions and subconcussive hits to the head. The trauma of repeated blows to the head triggers a degeneration of brain tissue and the takeover of an abnormal protein called tau. Beginning anywhere from months to decades after the last brain trauma, this disease is the culprit of memory loss, aggression, depression, confusion, impaired judgment, impulse control problems and dementia.

Boxers were among the first athletes known to develop this debilitating disease. However, recent studies have confirmed that CTE has been found in other athletes who had a history of repetitive brain trauma—many of these athletes started playing contact sports at a young age.

As for other lasting effects, Dr. Okonkwo says that further studies should be conducted to investigate links between brain injuries and other cognitive problems that are currently thought to have no cause.

Most athletic associations tend to focus on what should be done after an athlete is suspected to have a concussion, as their abilities to prevent concussions in the first place are limited. With policies in place to keep youth players sidelined until they have fully recovered from a suspected concussion, athletic associations seek to avoid the dangerous effects of second impact syndrome.

The Florida High School Athletic Association (FHSAA) is the governing authority of high school athletic programs in Florida and has a policy in place that’s specifically devoted to concussions. Within the policy, the FHSAA has outlined an action plan for coaches and athletic staff to follow if a player is suspected of having a concussion called the “Heads Up” 4-step Action Plan. They’re required to:

Dr. Okonkwo says he sees, on average, four to six concussion patients each year, and it’s usually to give children permission to return to sports activity. Although this policy may feel like a nuisance to young athletes and their parents, it could be one of the best safeguards the FHSAA has to offer.