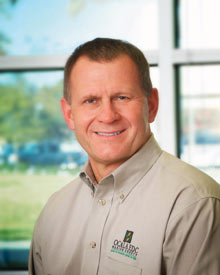 You have to meet my Aunt Marianne. Over 80, she’s full of energy, always engaged and chronically cheerful. A former Lutheran Sunday school teacher, possessor of perfect penmanship and ringleader of most of the social activities at her and Uncle Bud’s retirement community, Marianne never misses a beat.

Last month, I took my mom to a family reunion compliments of Uncle Bud and Aunt Marianne. It was replete with three generations of relatives from Wisconsin’s heartland, and like most reunions, there was much reminiscing. To spice things up, Marianne brought out boxes of immaculately organized memorabilia, including old photos, newspaper articles and other artifacts circa Americana 1930–1945. We heard all the great stories again, ranging from Grandpa Pete’s silver fox farm to Uncle Art’s untimely death by a Japanese bayonet on Iwo Jima. Of course, I’d heard them all before, but it always has a different impact as the years go by.

Marianne was certainly in her element as she doled out gem after historical gem. The last item she gave me was the 1943 Tomah, Wisconsin, telephone book. You would never think of a telephone book as a fascinating read, but it really was a snapshot of the life and times in a small Wisconsin farm town ravaged by the Great Depression and suffering through the darkest days of World War II.

Each page of the phone book instructed the reader in a very matter-of-fact fashion how to prepare for an air raid, get gasoline ration coupons, remind residents of their civic obligation to buy war bonds and turn in their scrap. (The word “recycling” hadn’t been invented yet!) And, yes, please be polite and courteous to the operator as you made your person-to-person or station-to-station telephone call. This was all topped off with catchy slogans like “Be aggressive to beat the aggressors!”

It struck me right then how hard daily life was and how everyone was involved in the war effort. America was decimated by almost 10 years of catastrophic unemployment coupled with the nation’s entrance into a second world war. Yet amid sadness, economic misery and death, there was great resolve, courage and optimism that America would triumph again. And it certainly did.

While it’s easy to idealize and romanticize the past, you do have to admire the hard work and “stick-to-it-iveness” (the old-fashioned version of “git ‘er done!”) the previous generation invested wisely and sacrificed to make things better. Life that featured the outhouse, the icebox and the RCA radio!

Of course, things are much different now economically and politically, but how did we rebuild our infrastructure, educate our children, retrain our workers and retool our industries after paying for the war effort? I’m sure our various governments didn’t have much money back then either, but they managed. There was a strong commitment to responsibility for yourself and for your neighbors. Americans went back to work, started and grew their businesses.

With that in mind, the key to our economic recovery is making key investments in our community. Local people like Jim Schneider, Doug Cone, Pete Beasely, Joe Santelli, Gary Ewers, Rob Stopanio, John Howard and Chris Deaton (and many others) are either business owners or executives who pulled the trigger on the risky decision to invest precious capital, expand their businesses and hire people. On behalf of the community, I say thank you!

Many economists and business leaders talk about how important investment is and how it is a critical component to recovery. We always talk about increasing our consumption, but it is time to ramp up our investment in things that will reinvigorate our economy: education, infrastructure, technology, entrepreneurship and people. Maybe the key to our economic recovery was spelled out in the pages of that old Tomah telephone book after all.