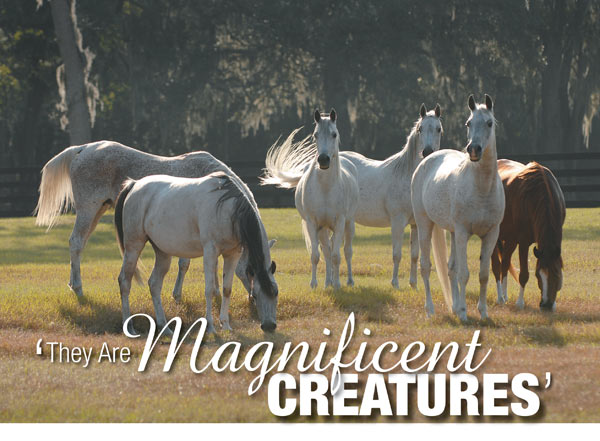 Even from afar, the gray Arabian mare is a sight to behold. Her curiosity piqued by a visitor at the fence, she sets off from across the oak-canopied pasture at an easy gallop—her lifted tail streaming above, her head high and proud, her playful eyes glinting beautifully. As she slows to a trot, a snowy forelock settles over her perfectly dished profile. It’s a look that immediately calls to mind the mystical tales of Arabian Nights and that faraway land of Bedouin tribes, leaving little wonder that her ancestors inspired the famous proverb, “The horse is God’s gift to man.” She is, in a word, magnificent. 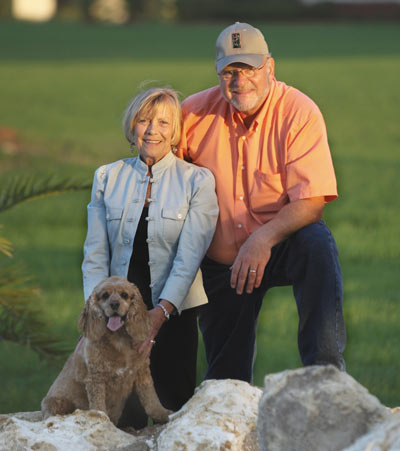 Frank Hennessey understands the overwhelming impact of the Arabian well. A highly successful businessman originally from Massachusetts, he, like his wife of 46 years, Carol, had no involvement with horses for much of his life, but one look at a pretty mare much like this one changed everything a few years ago. Today, looking out over the 93-acre Ocala property he purchased and repaired in late 2006, his face softens when he talks about first laying eyes on the breed.

“A business associate asked if I wanted to invest in an Arabian horse. I didn’t know horses, but when I saw the Arabian, I fell in love,” he says. “To me, it’s such a beautiful animal—their physical attributes, their loyalty, their courage. They are highly intelligent and very versatile. They are magnificent creatures.” 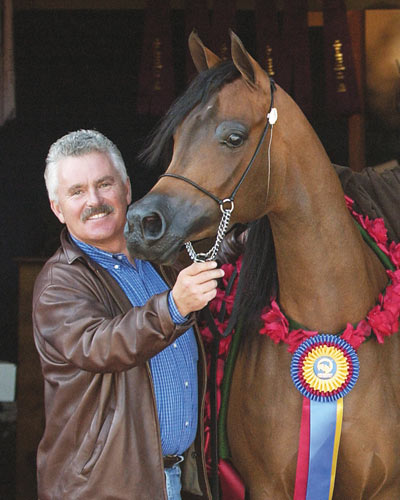 Manager and advisor George Zbyszewski, who grew up riding horses in his native Poland and possesses a vast equine knowledge, runs the breeding and selling operations at Hennessey Arabian. He travels extensively with Frank throughout the year, including trips to Brazil, Germany, Poland, France, and Saudi Arabia to find the perfect stallions for their all-mare brood. They seek out only those males that will strengthen the breed’s legendary attributes.

“There is no finish line for the Arabian,” George explains. “They aren’t being judged for how fast they run or how high they jump. They are judged on their beauty. It’s very personal.” 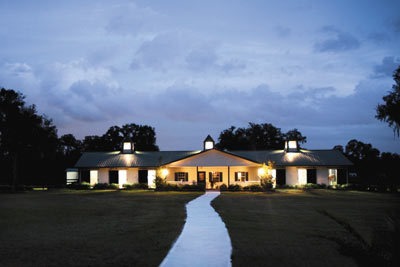 Being their owners is a personal passion for Frank and Carol, too. Living just a short walk from their horses, they visit their mares and foals regularly, giving them plenty of love and undivided attention. Frank particularly enjoys working on the property. Farm manager and long-time friend Steve Smith relates a telling story about his boss from the early days of the farm.

“Frank had a conference call one day, and he told me, ‘Don’t let me forget the call,’” Steve recollects. “He wanted to get to the farm so badly, though. So Frank gets on the tractor and starts cutting the grass, I forgot to tell him, and he missed his call. If you’ve known Frank as long as I have, you know he never misses a conference call.”

“I absolutely love this place,” a smiling Frank replies.

In the horse world, an owner’s barn speaks volumes, and the Hennessey Arabian stables—open, airy, and extremely clean—are a testament to the Hennessey couple’s commitment. Windows at the front and back of every stall let the horses look out and allow for light and airflow. Fans overhead and a repellent spray system help keep the ubiquitous fly at bay. 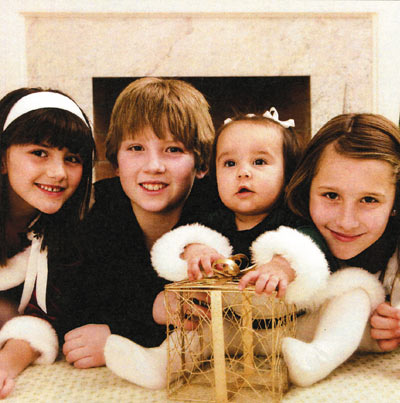 Mostly, though, stall time is limited here. The horses are usually roaming and grazing on the farm’s pastures, from the quarter-acre paddock to the 10-acre spread. And then, of course, there are the carrots.

The love and admiration the Hennesseys and their team have for their animals is unmistakable. Their affection, coupled with Frank and Carol’s appreciation for their own late introduction to the Arabian, explains their eagerness to share these horses with others. In addition to happy visits by their four grandchildren—Patrick, Sofia, Cristina, and Gabby—they welcome the interested public, as well as breeders and owners, to their farm.

“Our doors are always open,” Frank says as he crosses the pasture, heading to the barn. “We love to have people come and visit.”