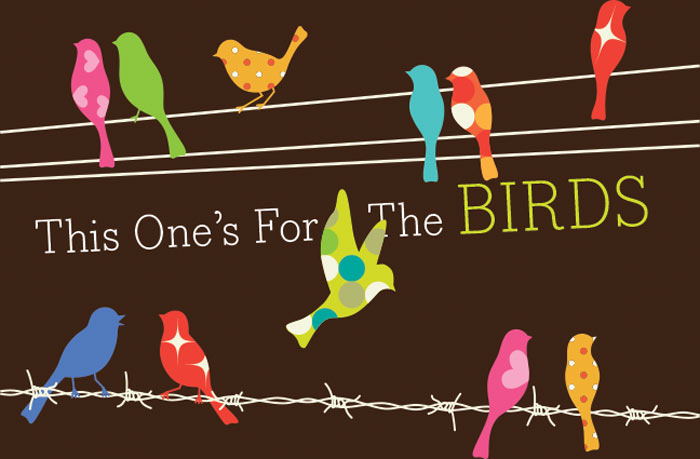 I recently spent some time learning more about Florida’s fine feathered friends. Here’s what I found.

If you regularly put out seed and like to gaze at the feathered friends coming to your feeders, you’re one of the nearly 50 million Americans who considers themselves a “bird watcher.”

If, on the other hand, you actually own a field guide (or three or four), a pair of binoculars and routinely find yourself headed to a favorite site in hopes of spotting a new species, you’re likely a “birder.”

Actually, “birder” is the proper terminology for someone who is serious about bird watching, which is considered the largest spectator sport in the United States. The good news is that Florida is one of the best locations in all of North America to see a huge variety of birds. The state is known to have the greatest diversity of birds east of the Mississippi River, with 520 documented species, some of which are rare and endangered. (To give you an idea of how significant that is, there are almost 1,000 known species in the entire United States and Canada.) 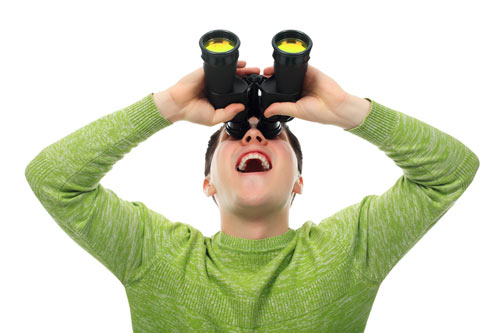 One excellent asset for Sunshine State birders is the Great Florida Birding and Wildlife Trail (GFBWT), a 2,000-mile, self-guided trail system, which is a program of the Florida Fish and Wildlife Conservation Commission. The East Florida section was the first part of the trail to open in 2000, but new locations have been added across the state as recently as late 2012.

Modeled after the highly successful Great Texas Coastal Birding Trail, the GFBWT is divided into four sections for a total of 515 sites throughout Florida. “Gateway” sites in each section are designated as exceptional birding and wildlife viewing locations. Here, you’ll find special kiosks that offer tips on birding. You can even borrow a pair of binoculars for the day for free at these gateway locations; just be sure to bring your driver’s license or a major credit card.

Guide booklets and a mobile device application are helpful features of the GFBWT. Guides can be mailed to you upon request, picked up at one of the gateway sites or downloaded at floridabirdingtrail.com.

You can begin to nurture your interest in birding from your own backyard. In our area, you can easily count on spotting at least a dozen or more species if you simply put up feeders and water sources. Black oil sunflower seeds are a favorite of many songbirds. (Hint: If you want to see more birds than squirrels, try safflower seeds instead. Most squirrels don’t like the taste and will avoid feeders after they sample the safflower seed.)

Once you’re ready to take your interest beyond the backyard observation level, it’s easy to get started in birding. As with most hobbies, you can get as “into it” as you like, and you’ll find plenty of other folks who are also fascinated by birds. In fact, those like-minded people are often the best sources for learning more.

“When my husband, Al, and I moved to Florida, we were looking for things to do outdoors. The Hernando Audubon Society introduced us to birds, and we just kept going. Now, we are both avid birders,” says Bev Hansen of Spring Hill, who’s been a member of the organization for 28 years and often leads birding field trips.

“When you go out with other people, you can learn a lot. I recommend going with a group at first because it’s very frustrating going on your own if you don’t know how to identify birds,” notes Bev, adding that the public is always welcome to attend Audubon meetings and field trips.

“People get into birding in lots of different ways, but they usually end up going with a friend or family member who’s interested. There are also clubs and other organizations you can join, such as your local Audubon chapter. They often have field trips to different areas, and you’ll have bird watchers of varying experience there,” says Andy Wraithmell, information specialist with Florida Fish and Wildlife Conservation and manager of their Wings Over Florida Program.

Once you start birding, you’ll appreciate the challenge of identifying birds. That’s where the Wings Over Florida Program comes in. This free program is open to anyone in Florida interested in identifying native birds. There are several levels—ranging from beginner to elite—and as you complete each level, you’ll receive a certificate.

“We had a lot of retirees taking part in the program, but now that we’ve added social media as a promotion, we have people as young as 6 and 7 taking part and also whole families,” says Andy. “It’s something fun to do, and to see many species, you have to visit different parts of the state.”

To participate, you can request a list of bird species through the website at floridabirdingtrail.com or click on the “Wings Over Florida” button and just print out your list. While on the site, be sure to check out the brochure on “Bird Watching Basics” and subscribe to the quarterly newsletter. Once you’ve completed your bird sighting list, you can apply for your certificate online or by mail.

Unlike many hobbies, you don’t have to spend a fortune to get into birding. A pair of binoculars and a couple field guides will get you started.

“You definitely need a pair of binoculars. There are lots of different makes and models. You can spend anywhere from $40 all the way up to $2,500,” says Andy.

Look for a pair that is easy to focus and has a magnification of 7 to 8 power. The millimeter size of the objective lens (not the one you look through) should fall into the 35 to 50mm range to make the image brighter. Your best bet is to head to a large outdoors/sporting goods store where you can try out a number of different pairs to see what feels most comfortable.

“Almost every birder I know carries 8x42s,” says Andy, “which have been the best-selling size for many years.”

There are several bird guides, but you can’t go wrong choosing from among the following popular titles:

Before you head out, take time to study your guide and get familiar with the basics of bird identification. You should at least have a good grasp of the shape, size and appearance of different bird families. For example, buntings, grosbeaks and cardinals all have thick, pointed bills. They also have the same general shape and size when it comes to body and tail.

When you spot a bird, look for five general clues to help you identify the species:

Where & When to Go

“You have to go where the birds are to see them. Early morning is always the best time; all birds are most active then, and they also feed again before dusk when they go to their roosting spots,” says Bev. “Most song birds eat heartily at dawn, and as the day warms, they tend to go to tree cover. Shore birds and wading birds are active all day long and stay in their same habitat.”

“Being near water helps, but try to go to different types of habitats to see different birds,” adds Andy.

Don’t let bad weather discourage you; it might be a blessing in disguise. Migrating birds often make a “stop over” during inclement weather, giving birders a chance to make some unexpected sightings.

Be sure to record your sightings. Bev has a “life list” of all the birds she’s spotted since she began keeping track. Even though there are more than 700 species on that list (and no, they’re not just from Florida), she starts a new “year list” each January and challenges herself to spot as many or more birds as she did the previous year.

And remember, patience is essential. There’s no such thing as an impatient successful birder!