“I Married My Tinder Match” 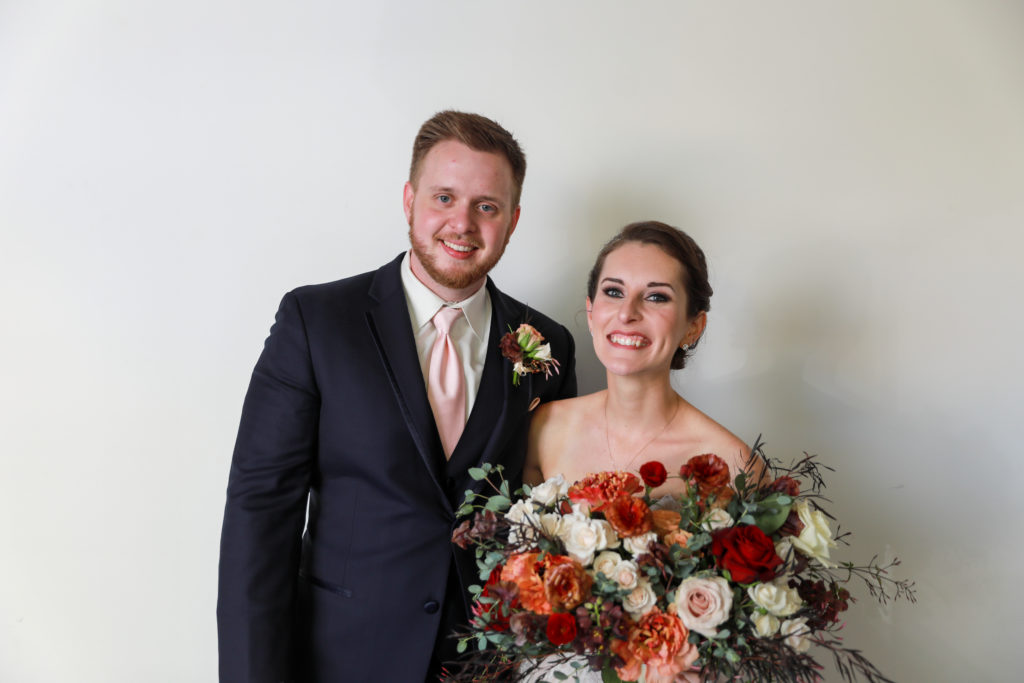 The first thing my husband ever said to me was, “You bring Lord of the Rings, I’ll bring the fries?” It seems like a risky conversation starter—what if she’s not into Tolkien or is deathly allergic to potatoes? But my Tinder bio was pretty clear. It listed my favorite things as LOTR, french fries and Aerosmith. Not much has changed in that regard, but since that first exchange, we’ve adopted two dogs, purchased a home and gotten hitched.

Tinder doesn’t exactly have a good reputation. It’s not even a FarmersOnly.com level of connection like “yeah, we both dig rural settings and don’t get to town much.” It’s a notorious hookup app. And as two busy people who hadn’t met the right partners yet, my husband-to-be and I both found ourselves signing up, just wondering who was out there.

Then we matched. In lay terms that means we both liked each other’s profiles and could message. He dropped me that line, and we talked for a few days. He asked me on a date. I asked my co-workers to cyberstalk him to ensure he was a real person before agreeing. But the University of Florida cheerleader with the big arms and the blue eyes was indeed real, and when I opened my front door to greet him, I was overwhelmed by the feeling that my life would always be defined by before this moment and after it. I never believed in love at first sight, but it felt like my heart rushed out to his car and was like, “What are you waiting for? Get in, stupid!”

But Zack didn’t tell his family how we met until a few days before our wedding. When I asked him why he said, “don’t quote me in your story.” So, I’ll paraphrase. He was worried his friends and family wouldn’t take our relationship seriously because we met on Tinder. Which is valid, and something I worried over, too. Most people still prize meeting “the old-fashioned way,” which makes me feel like I should hock into a spittoon and tug on my accordion every time I say it.

My message is this: Meeting on dating apps isn’t bad. It’s a distinctly millennial thing, sure, but my husband and I led such different lives we wouldn’t have met any other way. If he was gym, I was library, and if he was online business courses, I was three-hour, in-person literature lectures. We were looking for each other but were ships passing in the night. Rather than shame app users for not putting themselves out there in real life, consider they may be using technology to access new circles of people they wouldn’t meet organically.

On our wedding day, we both tucked pins into our outfits. “It’s A Match!” they said, in the same font as the Tinder graphic that appears when you connect. We may not have met in real life, but this man and our marriage are as real as they come nonetheless.