A Silver Springs attraction staple since 1924, one of the park’s iconic glass-bottom boats, finds a new home. 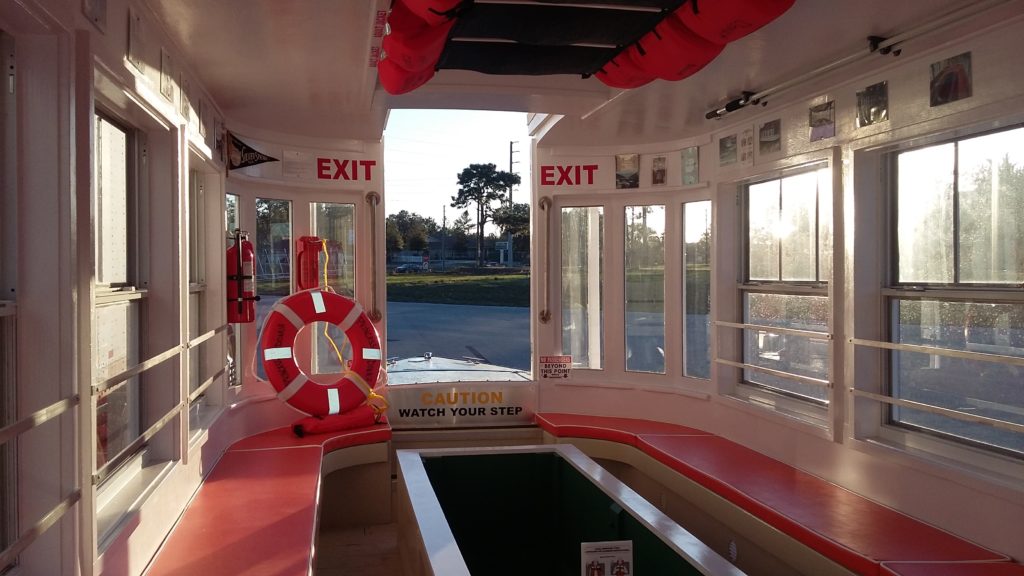 To lifetime boater Paul Minaltoski, what he was seeing was akin to a fish out of water. There he was, looking at a glass-bottom boat not at Silver Springs State Park but instead at an Ocala antique store.

“The glass-bottom boat was being used as sort of a sign, a curiosity to draw people to the store,” says Minaltoski. “The store was going out of business; the owner needed to get rid of it. At first, I thought it would make an interesting piece of yard art. But then I thought I might be able to refurbish it. So I bought it.”

After having a custom trailer built for it, Minaltoski moved the glass-bottom boat to a Crystal River property where he could begin the project. And refurbishing became rebuilding from the glass bottom up.

“Basically, 99 percent of the boat had to be replaced. The only thing original that I could salvage was the glass bottom,” he admits. “I did as much research as I could to rebuild it to its original state. I looked at lots of old pictures, talked to the older boat captains at Silver Springs and bought old Silver Springs postcards on eBay.”

Because the original wooden hull was rotting, Minaltoski built a new one and covered it in fiberglass. He replaced the window panes, passenger seats, captain’s chair, the roof and put in a new 48-volt motor. Over the span of eight months, he logged 850 hours of working on the boat.

“While doing research, I found that the boats were converted from gasoline to electric beginning in 1932,” he says. “At first, some of the old boats were retrofitted with new motors. Then new electric-motor boats were built and gradually replaced the old ones. And the wooden boats began to be replaced by aluminum ones in the 1950s. As close as I could figure out, my boat was built in 1934.”

In addition to rebuilding the boat, Minaltoski also had to meet certain codes for wooden boats as required by the Florida Coast Guard and be licensed by the state of Florida.

“My glass-bottom boat is the oldest wooden boat ever issued a title in the state of Florida,” he says. “Since I couldn’t find its original name, I named it Princess Donna after my wife. I figured she deserved that for putting up with the project.”

The Princess Donna recently returned to the water with a test run on the Rainbow River.

“We went over to Blue Cove by Swampy’s Restaurant in Dunnellon,” says Minaltoski. “It was great to finally get it on the water. We sure got plenty of attention.”

After that initial test run, Minaltoski made a few tweaks like adjusting the captain’s chair to give him a better view. But overall, he was pleased that the boat proved river-worthy.

“My goal is to offer tours to the public from a permanent dock,” says Minaltoski. “I’m working on that and hope to have it finalized soon. I want to share this unique piece of Florida history.”