When Hurricane Dorian pummeled Green Turtle Cay in The Bahamas, the Curry family weathered the storm and eventually landed safely in Ocala. 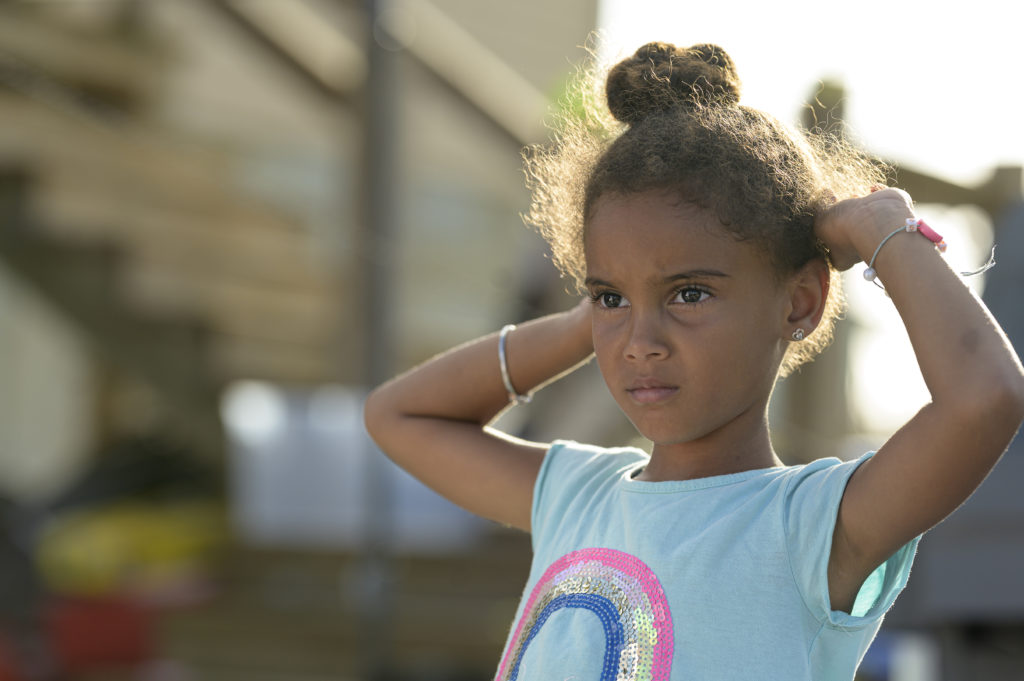 During the first days of September, as Hurricane Dorian roared through The Bahamas, Cori and Rodney Curry made the decision not to evacuate their Green Turtle Cay home. Lifelong residents of the small barrier island near the mainland of Abaco, the Currys believed that since the island didn’t normally flood like the mainland, they wouldn’t have a flooding issue.

“We knew our island; we built strong,” Cori Curry says. “Where they tried to evacuate us, that’s where all the people were killed [during Dorian evacuations to Abaco Island, where there were 51 fatalities]. We knew we were better prepared.”

The Currys were trapped in the house for three days as winds howled around their home. They rode out the eerie calm of the eye wall. Dorian massed its effects over Green Turtle Cay from the beginning of the storm through to the end.

The wind pressure was so great they could see the walls of the house contorting. They heard other roofs slam into their house where they were hunkered down with 13 other family members. Cori and Rodney pushed a dining room table and some bunk beds against the walls.

On the first day, their roof blew off. They estimate approximately 12 tornadoes touched down on the island and the Currys believe the winds reached at least 200 mph. The extended effects of the storm began to wear on the children. 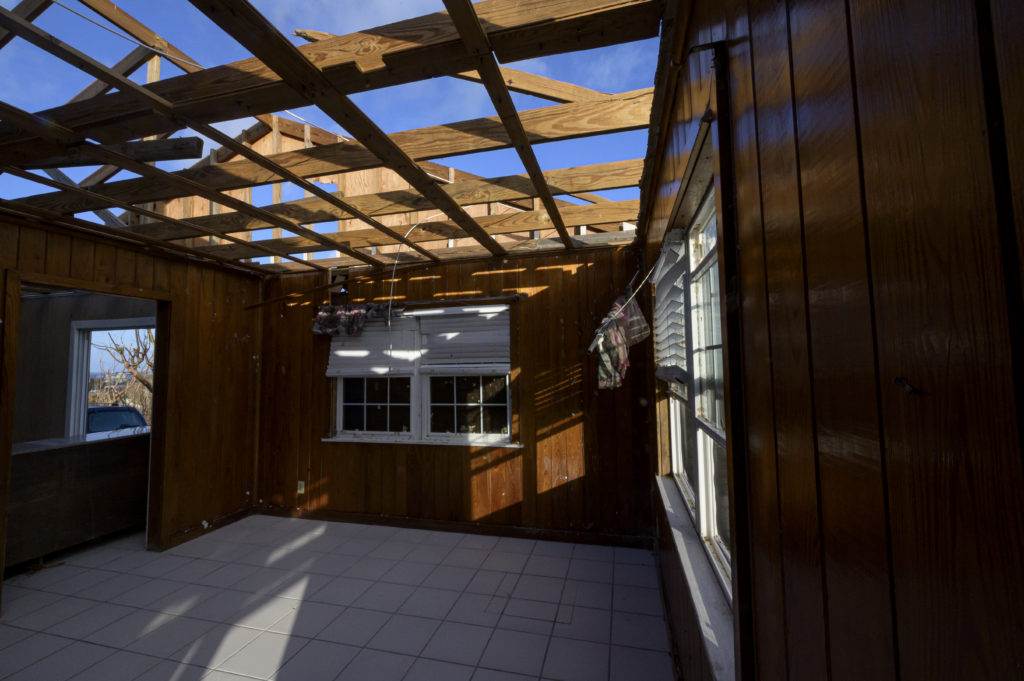 “I’ve been in a lot of hurricanes…not too scary. But I was scared this time,” Rodney Curry shares about his birthplace and home. “When I saw the roof went off, I knew it was gonna be bad. These kids were freaking out, too. They were shouting ‘I don’t wanna die!’”

The Curry children, twin boys Sean and Anthony, and their cousins, Makayden and Makai Cash, recall the storm with a lingering sense of anxiety.

“The storm, Dorian, it was torture,” Makayden Cash, 9, explains, still processing the impact a tragedy like this has on a child’s innocent nature. “It was a lot of wind.”

When the hurricane was over, the Curry parents decided they had to get the kids out. The catastrophic storm destroyed their food and emergency supplies. There was no power anywhere on the island and resources were scarce.

The Currys connected with their godparents, Ocala residents Frankie Nicholson and Kathryn Hoppel. Nicholson has owned property on Green Turtle Cay for 16 years and is associated with the Green Turtle Cay Foundation. Through the foundation and a benefactor, Cori Curry, her two sons and two nephews were able to evacuate the island to Ocala. 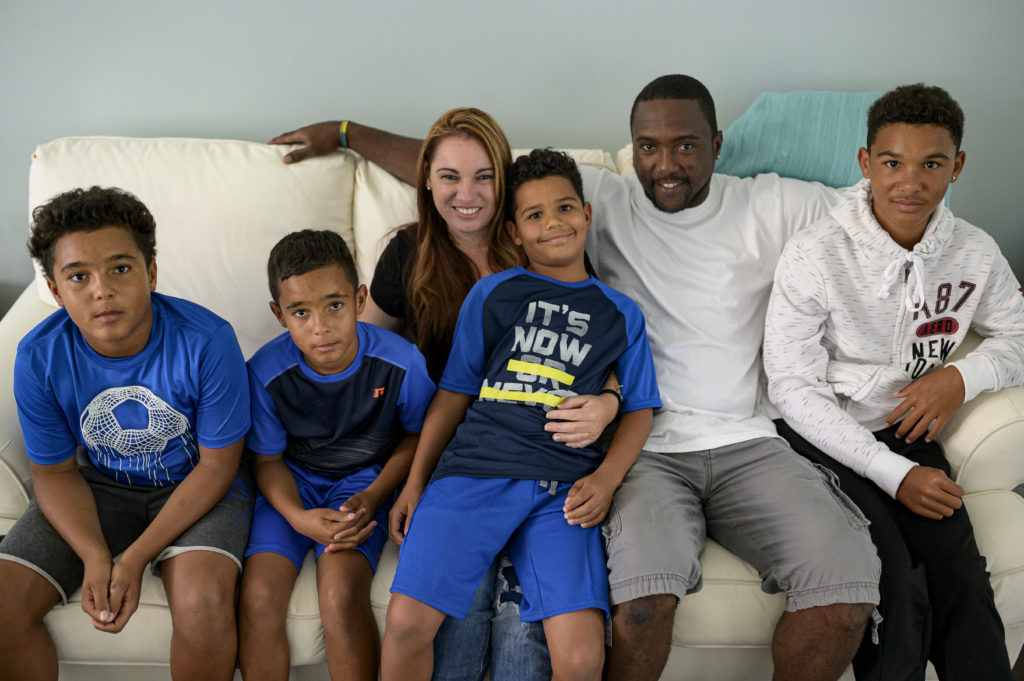 “Kathryn stayed in touch with Rodney and Cori on when to expect me to pick them up,” Nicholson says. “We knew Cori was coming with the kids and that Rodney would come later.”

Nicholson flew to the Bahamas with the president of the Green Turtle Cay Foundation, along with supplies and a team of doctors and medicines, to begin basic rescue efforts on the island. A benefactor donated the use of his jet.

“At the time, so many people were trying to get out,” Nicholson says about the emergency immigration process. “We were so lucky we could fly them back. Customs was kind, though it took a while to get through as much documentation was lost or there was no way to get it.”

In the weeks since the Curry family has relocated to Ocala, the children have enrolled in public schools and have joined sports teams. They have assimilated well into a community much different than their own.

Makai Cash says that although it’s a relief to be in Ocala, it’s been quite an adjustment. “Before the storm, it was good. You could walk around anywhere,” he explains and the other boys nod their agreement. “You just had to let your parents know.”

“Before the storm, life was fun and safe. There was swimming and basketball,” Anthony Curry, 12, recalls while seated on the couch between his cousins and parents. He says he’s happy that he can participate in sports activities in Ocala.

“The Ocala community has been overwhelmingly helpful in getting everyone settled in,” Hoppel says. “They have provided more than we ever expected from gift cards to personal items. Within an hour of posting [to Facebook], we got each boy a bicycle, over 100 book bags to fill and fly down to others, offers for car rides, you name it.”

Cori Curry says Hoppel and Nicholson have been a tremendous source of relief in their lives. “They’ve just been completely great. They’ve treated us like family and gone out of their way. Kathryn, she can make stuff happen!” 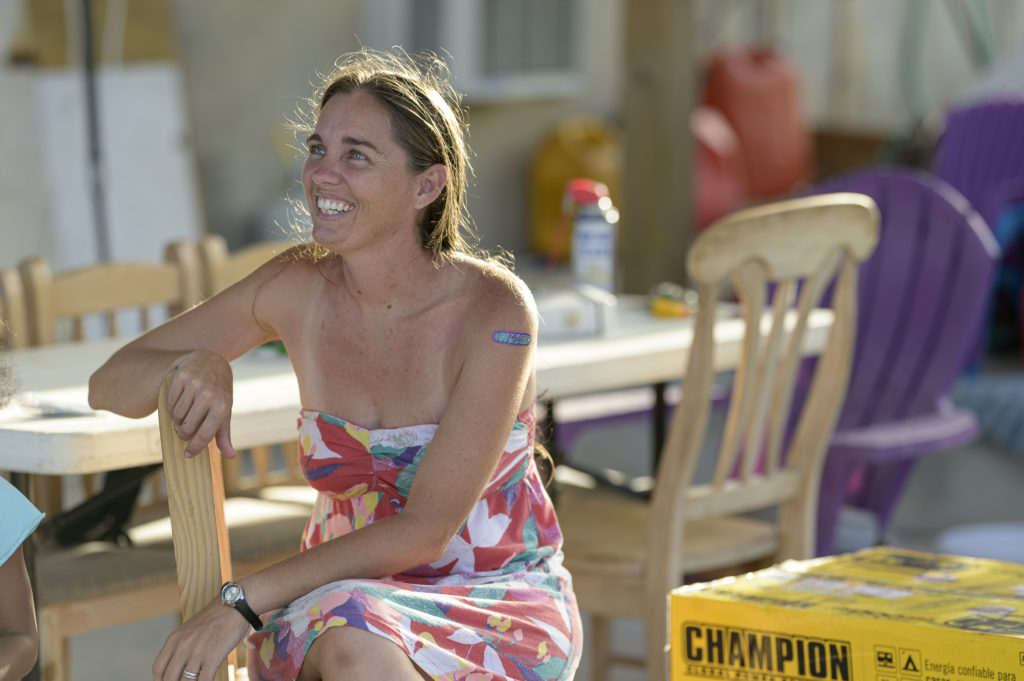 “We are more like family which, in many ways, made this easier for everyone,” Nicholson says. “Green Turtle Cay is a small island with a great sense of community, just like Ocala. Everyone knows everyone. We have always been welcomed in Green Turtle Cay, so now it’s our turn and we didn’t hesitate. We always turn to and are part of the Green Turtle Cay Foundation. We work very closely with and are in consistent contact with the island,” he continues. “The first needs were water, food, clothing, the basics. Now, we are in dire need of lumber and building materials. The goal is to get the damaged houses dry so interior work may take place. The most recent list included plywood, two by fours, two by sixes, two by eights, and two by tens, pressure treated materials and peel and stick for roofing. We have a barge that is going back and forth out of south Florida regularly. We continue to haul donations to the barge.”

Although the exact number of deaths associated with Hurricane Dorian is yet to be officially confirmed, The Bahamas National Emergency Management Agency has estimated that over 600 people are missing and 61 have perished. Thousands are estimated to have relocated to the United States; however, an official figure it not yet available. Recently, the U.S. Agency for International Development provided $7.5 million in aid. According to U.S. Aid, this brings the total humanitarian aid assistance to $33 million.