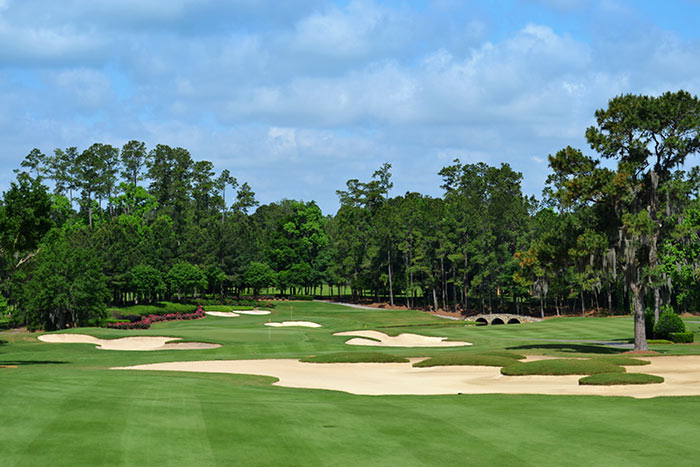 One can only imagine the pent-up glee oozing from the walls of the Coates Golf boardroom during its post-mortem meeting that followed the inaugural Coates Golf Championship last January.

The event served as a launching platform for the new Marion County-based company dedicated to expanding equipment options for female golfers and endured its fair share of skepticism. But after enormous galleries at the tournament, a star-studded field of players and the Coates brand peppered over national television for an entire week, all doubts were certainly laid to rest.

The pre-tournament skepticism centered mainly around the locale, as LPGA officials initially preferred the event to take place in one of Florida’s greater population centers, such as Orlando or Tampa. Company founders Mollie and Randy Coates were adamant that the event could—and should—work in Ocala and insisted that the LPGA kick off its 2015 season at Golden Ocala Golf and Equestrian Club. 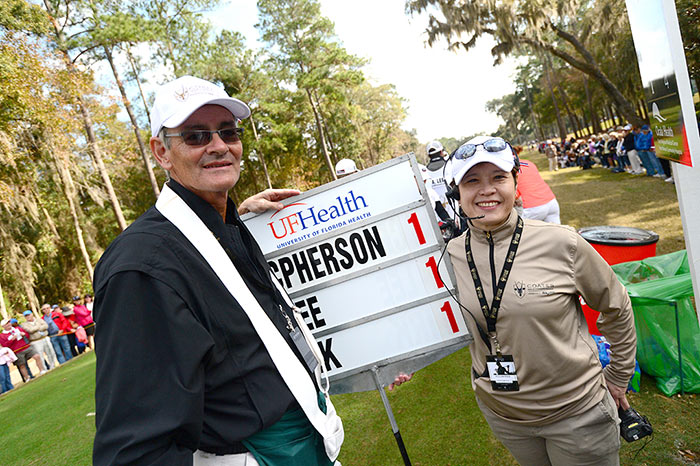 The move proved genius as hordes of fans from Marion and surrounding counties (even up from Tampa and Orlando) stormed Golden Ocala, creating an atmosphere that many players noted went beyond a normal tour event.

Jessica Korda, who tied for second, said, “it feels like I’m playing in a major (championship).”

Michelle Wie offered the following assessment: “It’s like a major turnout. It’s exciting to play in front of excited crowds. It seems like they’re really excited to see us and feels really great.”

The tournament created momentum not just for the LPGA, which enjoyed its biggest year in history with the most purse money distributed, but also for the Coates Golf company. Coates, with its one-of-a-kind business model, debuted its line of ladies-only equipment at the event and has parlayed that opening-day splash into a successful year and bright future.

Recently, Coates announced that its line of clubs will be available at national retailers Dick’s Sporting Goods and Golf Galaxy, which will showcase Coates equipment right alongside such industry heavy hitters as Titleist, Callaway, TaylorMade and Nike. 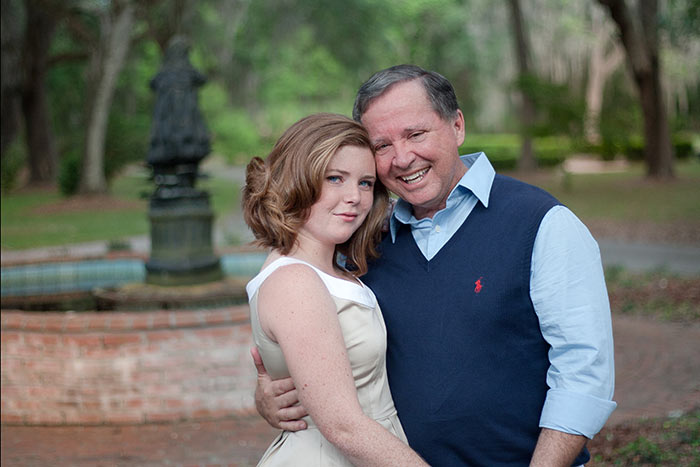 “Coates Golf has had an incredible first year,” says Mollie. “We have an exceptional line of equipment and apparel of which our distribution center is completely stocked.”

With 80,000 spectators at the 2015 tournament and television broadcasts available in over 150 million homes, Coates made quite a big splash in its initial dive into the golf industry pool. So what does one do for an encore?

“The knowledge we gained from our first event has given us a lot of ammunition to make 2016 even better,” says Mollie.

The 2016 event will be the second tournament on the LPGA Tour schedule, running the week of February 1 through 6 at Golden Ocala Golf and Equestrian Club.

Mollie says that the 2016 event will show logistical improvements for fans as well as provide more activities beyond golf spectating. Anyone who attended last year’s event and waited in a long car line to enter the property will certainly be pleased.

“In 2016, we are completely changing the way parking, ticketing and will call will be handled, making it much easier for crowds to get onto tournament grounds and enjoy the golf,” says Mollie.

With easier access to the event, fans will also get to enjoy the most exciting addition to the event—the Craft Beer Tasting Festival. Tri-Eagle Sales and Cone Distributing have partnered to provide 18 different breweries for attendees to ‘taste a round’ for a small fee. The festival will be held in the garden in front of the Golden Ocala clubhouse. 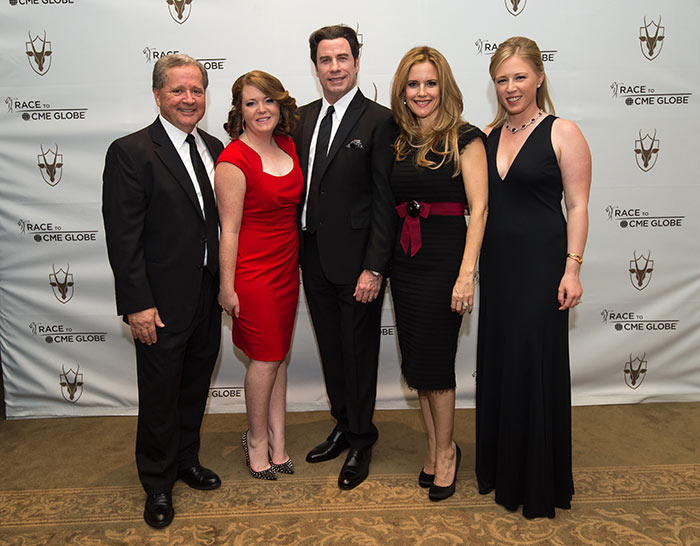 Inkster On Board With Coates

Caught up in the growing snowball of the Coates brand was the recent signing of a golf legend to represent the company on the LPGA Tour. Hall of Famer Juli Inkster brings instant credibility to the Coates product line with a record and reputation matched by only a few in the history of the sport.

In last year’s Coates Golf Championship, Inkster showed she still has plenty of game to run with the younger set as she tied for 40th and was one of only 21 players in the entire field to break par both days after the cut.

With 31 LPGA Tour wins, including seven major championships, Inkster’s playing credentials make her the most decorated active player on the Tour. In addition, she owns more Solheim Cup victories than any American in history and captained the U.S. team to victory in 2015.

And now she is putting her weight behind the Coates mission.

“I understand what Coates Golf means to the golf industry and to women,” says Inkster, who will play Coates equipment out of the Coates bag as will fellow player representative Alexandria Jacobsen. “With Coates, now women at all levels of play have options—and they are performance options. I have never been more confident that there are great things to come for women and golf.”

At age 55, Inkster carries the athletic gate of most of her younger peers on the Tour. Able to perform a cartwheel or handstand on command, she now juggles athletic exercise, a busy golf schedule and an analyst position with Fox Sports during coverage of USGA events. All the while, Inkster maintains her status as one of the game’s leading ambassadors regardless of gender.

“Juli is the embodiment of what Coates Golf represents,” says Mollie. “She is strong, athletic and an inspiration. To have Juli associated with our commitment to empower and equip women to expect more from golf is a tremendous compliment. It also speaks volumes of her commitment to this sport and to growing the game.”

In 2016, Inkster will again challenge the young guard at the Coates Golf Championship, but this time, she’ll be sporting the now-familiar antelope logo on her bags and clubs, which she will promote at future LPGA and Legends events. It’s the merging of a company and a legend, both holding firm to a belief and philosophy to make the game better for everyone.

With the momentum building and the growth of Coates Golf, the sky could be the limit. Coates has embarked on a never-before attempted strategy of honing onto a single niche in the market place: women’s golf.

But could success someday lead the company to expand into the more predominant and more-crowded male markets? That, according to Mollie, would undermine the company’s commitment.

“Coates will always be solely dedicated to women’s golf,” says Mollie. “That in itself is what differentiates us from the other equipment companies in the market. All of our research, engineering and manufacturing is focused only on what female golfers need in the game.”

Mollie is on a mission that seems about much more than just the financial success of a company. As much a pied-piper for the female golfer, she sees the venture not so much as capital, but historic.

“Although we do our best to not let it bubble up in conversations often, misogyny is still very much present within the golf industry, and we do everything we can through our marketing to shine light on it. We give (women) the same options as men when fitting themselves with clubs. We understand that these female golfers are athletes and take their game seriously.

“Beyond what we do as a company, we want to be the cheerleaders for girls and women to have the confidence to believe in themselves and to take the course head on.”

If a microcosm of the company’s future success can be found in the success of the tournament, there are certainly bright days ahead.

Last year, the Ocala event marked the season-opener for the LPGA Tour, but this time around the tour heads to the Bahamas before returning to Ocala. Nonetheless, one of the best fields in women’s golf is again expected to hit the course with defending champion Na Yeon Choi leading the way.

“The 2015 Coates was an astounding success,” says Mollie. “The local community came together through corporate sponsorships, volunteer staff and general spectatorship to make the inaugural event a tournament that the LPGA professional women are still talking about.”

The success of the 2015 inaugural event provided a boon not only to the LPGA Tour and the Coates brand but also to the local economy, something tournament founders hoped would result from bringing the tournament to Ocala. Research conducted by Kerr & Downs Research, a group out of Tallahassee, which was commissioned by a third party, estimates the local economic impact of last year’s event to be $18.4 million.

So when Mollie speaks of empowerment, it’s not just for female golfers but also for the Ocala region the company calls home.