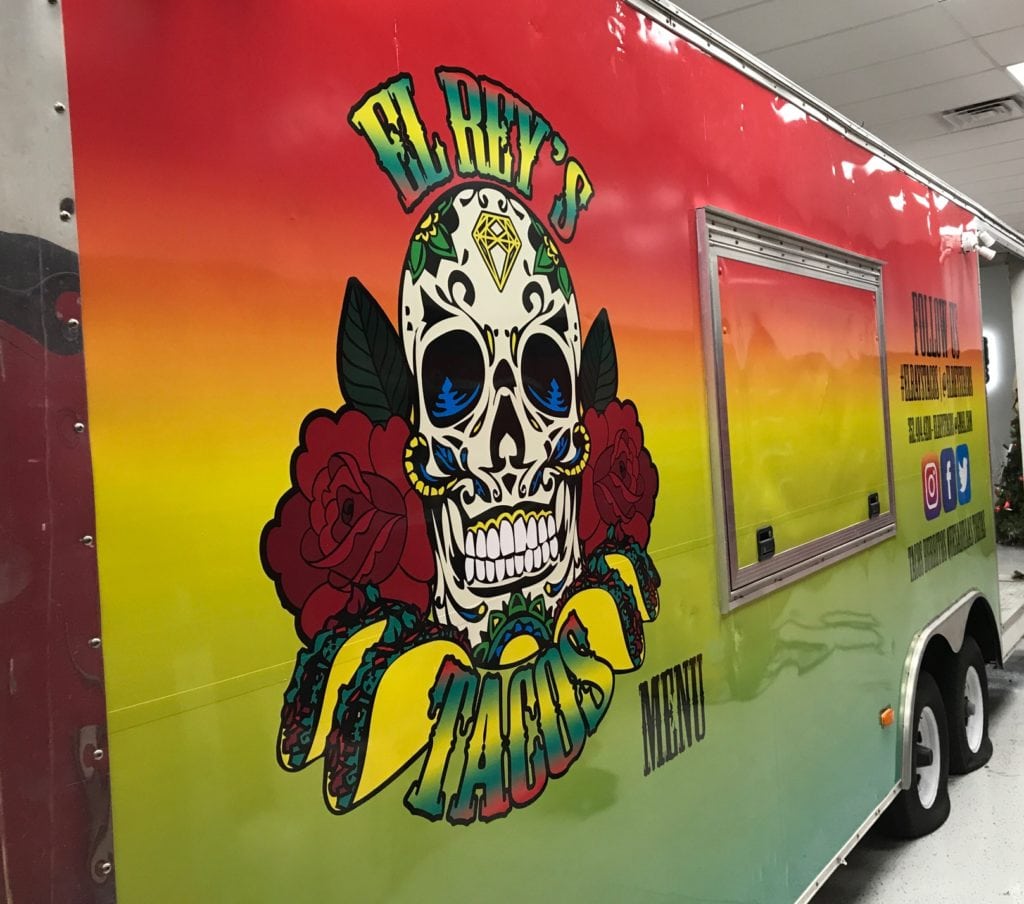 Raul and Rachel Reyes recently opened their own taco truck to share authentic and traditional family dishes.
“I was inspired to open El Rey’s Tacos due to my childhood. I come from a tight-knit hispanic community where every weekend was a celebration,” Raul says.
Carne asadas were a staple of Raul’s childhood, and all of El Rey’s Tacos’ recipes come from Raul’s family, along with a few that are Raul’s own concepts. The pollo en salsa de tamarindo, frijoles puercos and birria are a few of the unique dishes they offer, as well as the traditional carne asadas Raul grew up with.
“I am very passionate about my business because I want to make everyone feel how I did as a child sampling new dishes from my home country,” Raul says.
El Rey’s Tacos caters private and large events for the Ocala and Orlando area, and they also offer delivery around Ocala. Their most notable event is the Kings Equine BBQ held at Ocala Breeders’ Sales during March and April. 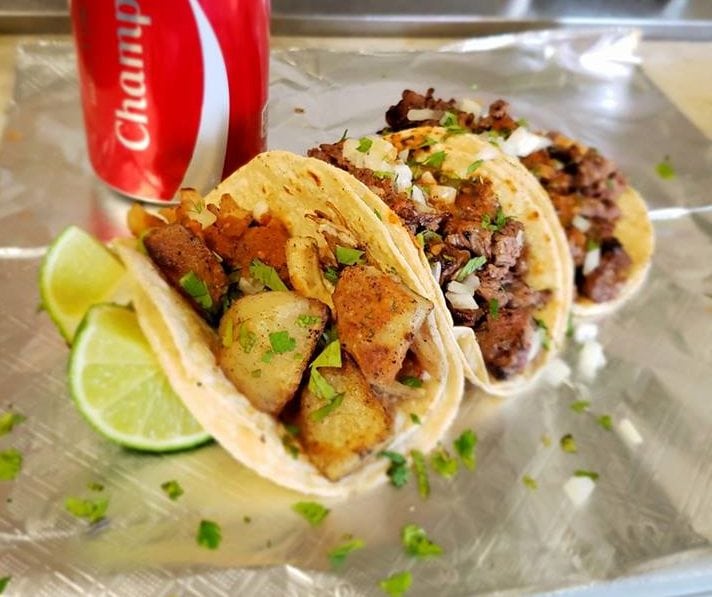 “Our goal at El Rey’s Tacos is to have our guests exclaim, ‘I’ve never had that before!’’ Raul says.
In addition to the unique and traditional food offerings, El Rey’s Tacos also provides its own spin on tacos, burritos, quesadillas and sandwiches—all the staples needed for Taco Tuesdays or any day that you’re craving authentic, Mexican-style cuisine.
Raul and Rachel also plan to host group events at their location, including yoga classes, private events, club gatherings, parties and more.

Fitness enthusiasts stepped up their games on Saturday, January 11th,...

Three years after its inception, the Marion Technical College (MTC)...

The Red Sand Project (RSP) debuted in downtown Ocala during...