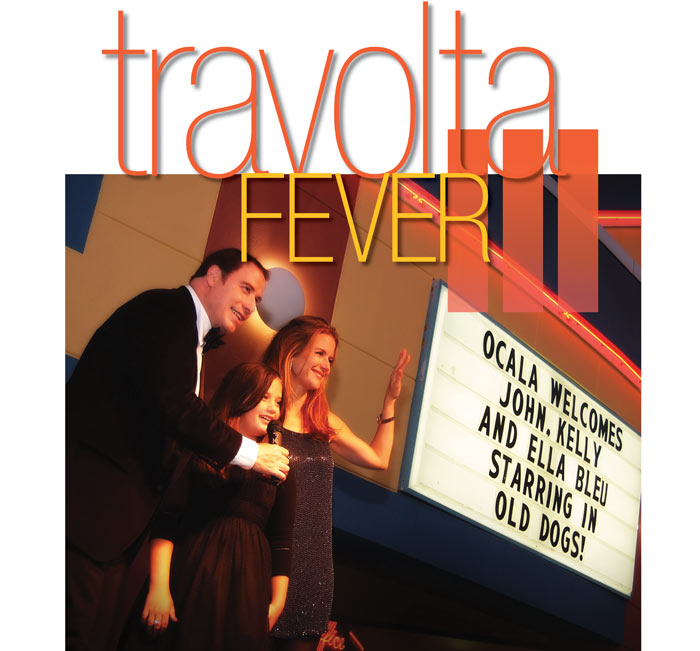 You could feel the love everywhere that Friday evening in Ocala. Officially, November 20 marked the local premiere of the new Disney comedy, Old Dogs, starring John Travolta and Kelly Preston, but it was really a coming-out party for the youngest Travolta, Ella Bleu, who plays one of the kids in the film. Several hundred people paid $250 each for a ticket inside the Regal Cinemas to enjoy a catered gala alongside the celebrity family and to be among the first locally to see the film.

The Travoltas were on a schedule, of course, to make sure the gala inside started on time and that the movie began as scheduled. But there was no hurrying as the trio made its way down the lengthy line of well-wishers. It was a time for taking pictures, signing autographs, and for the family’s Marion County neighbors to welcome them back to the hometown spotlight after a very tough year.

Afterwards, Mayor Randy Ewers took the stage alongside daughters Savanna and Sophia to thank John, Kelly, and Ella for their support in helping several local charities (see sidebar). He then presented Ella, 9, with a ceremonial street sign to recognize her film debut. The drive alongside the theater is now called Ella Bleu Way.

And then John thanked the crowd. “It means the world to us to know that we are loved,” he said. “We appreciate it; Jett appreciates it. We love you, Ocala.”

When Kelly Preston spoke, emotion streaked her voice. “You guys are all so down to earth,” she said, “loving and caring.”

Yes, you could feel the love. And it went both ways. 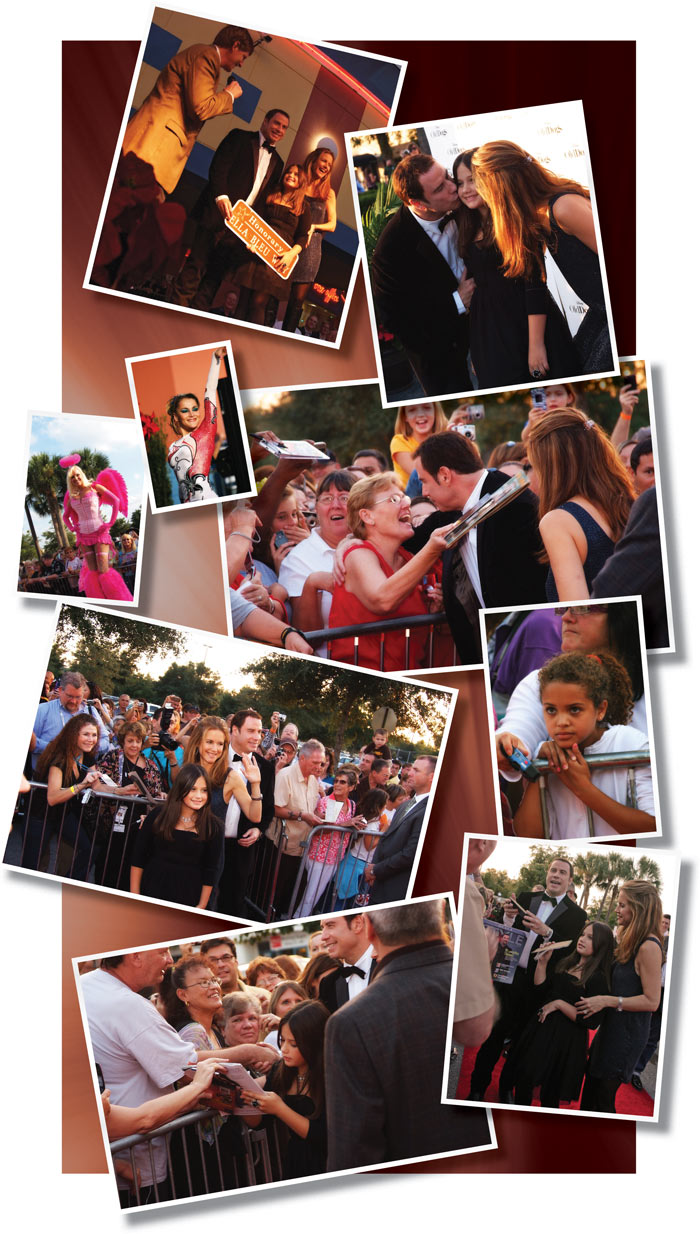 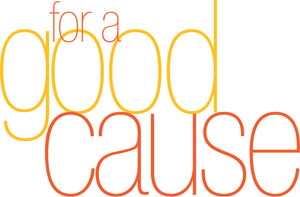 The fundraiser earned “approximately $75,000,” according to event organizers at press time, to be split evenly among the non-profit organizations below. But you can help, too. Visit their websites for more information on volunteering or donating to these worthy causes.