One popular pup jumps, hides and handstands her way to fame. 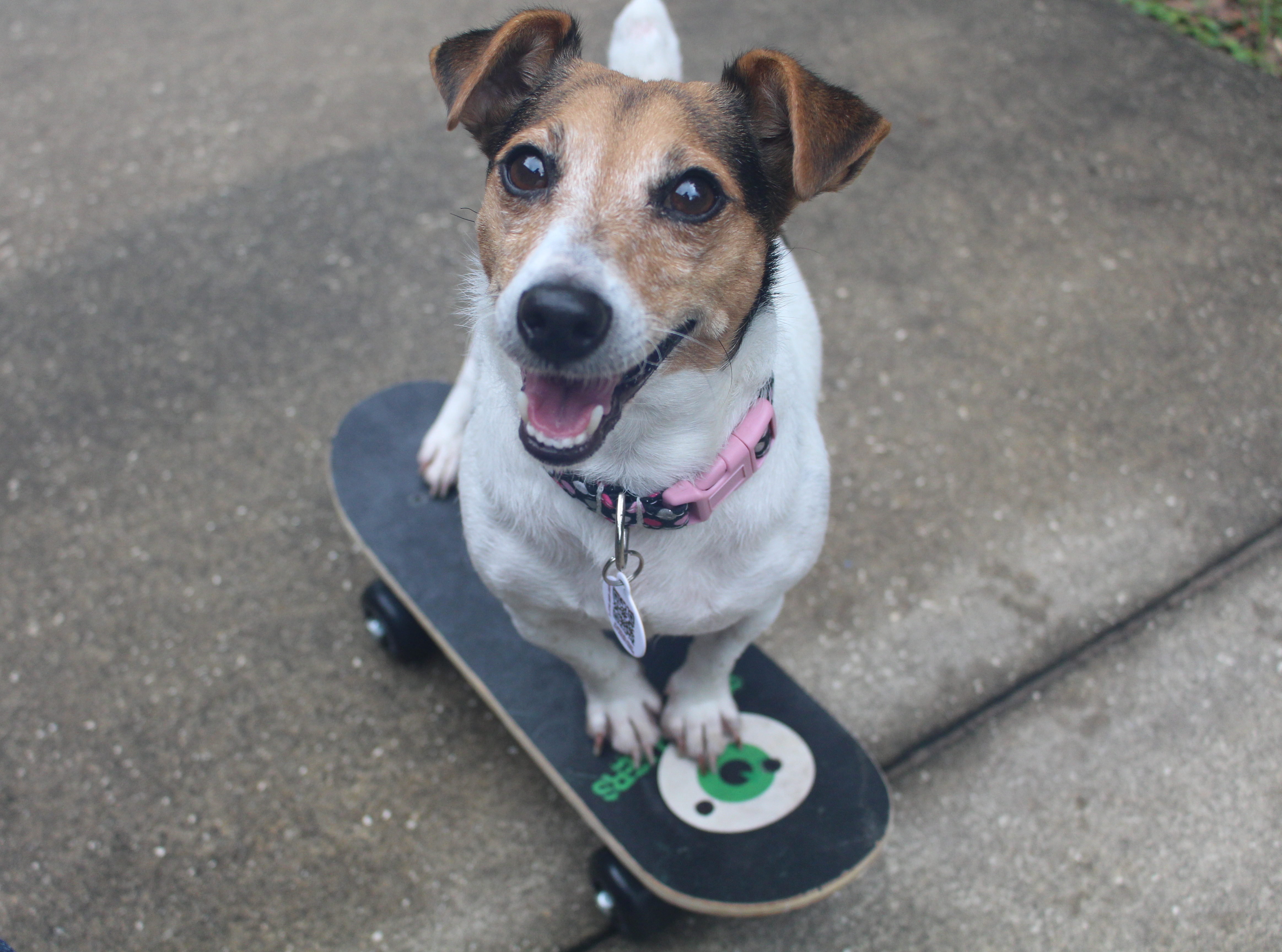 Super Sam jumps into a suitcase and peeks out before bounding toward Evan at her command. Evan points to a yoga mat, and Sam runs over to do a perfect doggy handstand before claiming a treat. Sam is a talented Jack Russell Terrier who loves doing tricks because she gets a treat for each one.

“I use positive reinforcement and relationship-based training, which basically is just rewarding her for everything she does right,” says Evan.

Evan Brown is 17 years old, and before Sam, she had another Jack Russell Terrier, named Wyatt, who passed away when Evan was 9 years old. She hadn’t taught Wyatt many tricks, but soon after getting Sam, she realized that this Jack Russell was eager to learn.

“Since she was a puppy, she would always bring me the treat bag when she wanted to train,” says Evan. 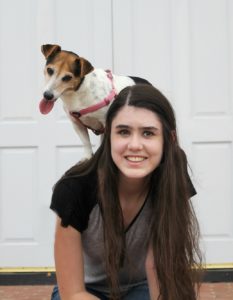 When Evan was 12, she started her own YouTube channel. She had been training Sam for three years at this point, but it wasn’t until she watched several videos of dog tricks that she got serious about teaching Sam. And, just as Evan thought, Sam caught on quickly. In addition to treats, Evan uses a clicker to train Sam, and she’s trained several other people’s dogs, too.

“[Sam] was 2 when I really started doing the advanced tricks. I think she knows over 300,” says Evan.

Evan started filming Sam’s tricks for her YouTube channel, and her mom made her a Facebook page, too. At first, Evan just used social media for fun. Then, she started getting more likes and views, so she started posting more photos and videos.

“I was like, ‘You know, she’s really talented. Why not put that out there?’” says Evan. “I started posting videos, and the one that blew up was her yoga video. That was the one that got 4 million views, and that’s the one that made her popular.”

Now that Super Sam has a substantial following, she often receives new products from various companies. Whenever a box arrives, Evan says Sam runs around it, excited to learn a new trick with the product.

What’s next for Evan? Possibly dog training, but if not, we’re sure animals will be involved in some way.