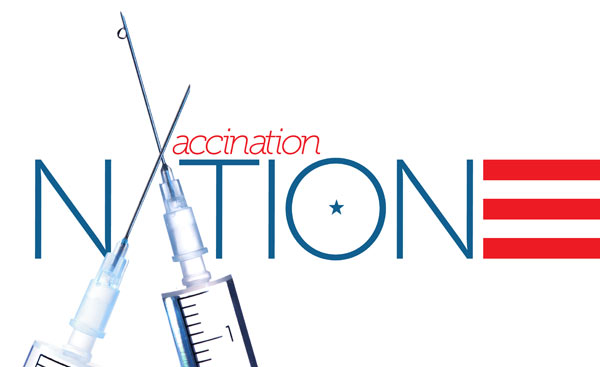 Somewhere in the United States, in a highly secured vault, sits one of two vials containing one of the deadliest substances ever to roam the earth: the smallpox virus. The other vial is safely stowed away in a Siberian lab. Aside from the two samples, kept for research purposes, and locked up against the threat of biological warfare, the deadly virus has been eradicated from the earth thanks largely to an 18th century English doctor named Edward Jenner.

Smallpox had ravaged the world for centuries, possibly as far back as 10,000 B.C. Egyptian mummies have been known to show evidence of smallpox lesions, and the smallpox epidemic is believed to have been a factor in the decline of the Roman Empire.

It was well known that survivors of smallpox became immune to the virus, so the practice of variolation, introducing viral matter to the skin through cuts, began. The procedure left scars and came with the risk of contracting other blood-born diseases like syphilis and tuberculosis. However, with the other choices being death or disfigurement, variolation gained acceptance as the only protection against smallpox, with its practice gradually spreading from country to country.

Back in England, the people of Gloucestershire had long noticed that milkmaids seemed to be immune from smallpox, though they often were subject to the less-virulent cowpox. In May 1796, Dr. Jenner found a milkmaid with fresh cowpox sores and inoculated an 8-year-old boy with the pus from her lesions. The boy developed mild symptoms but was well within days. Two months later, Dr. Jenner inoculated the boy again, and no disease developed. Two years later, after conducting additional experiments, Jenner published his findings, naming the procedure vaccination, after the Latin word for cowpox, vaccinia.

Fast-forward 200 years,smallpox has been eradicated, and new cases of other infectious diseases have drastically decreased worldwide. Diseases that have been greatly reduced since vaccinations were introduced include:

Diphtheria: One of the leading causes of death in children in the 1920s, the vaccine was introduced in the 1940s, and the disease is now rare in the U.S.

Polio: After World War II, polio was the most feared disease, crippling tens of thousands of children in 1952 alone. The polio vaccine was mandated in 1955, and since, annual cases have decreased to less than 1,400 incidences.

Today, there are over 60 vaccines licensed for distribution in the United States for protection against dozens of diseases. A child entering elementary school in the late 1960s was vaccinated for eight diseases. The American Academy of Pediatrics now recommends 12 vaccinations administered in 36 doses from birth to 18 years, plus an annual flu shot.Although no federal law exists mandating immunizations, all 50 states require some immunizations for children entering public school. Still, there exists a debate as to the safety and necessity of all these shots.

Anti-vaccination activists are pointing to immunizations as a possible cause for the seeming explosion of neurologic and immune disorders in the United States, particularly autism. Many also blame vaccines for an increase in allergies, asthma and even SIDS. They cite lower rates of these afflictions in populations where vaccinating is less extensive and argue that these disorders were not prevalent in children until vaccination programs were developed. However, scientists point out that other populations have different lifestyles, environmental factors and genetics.

Although some of those opposed to vaccinations merely question the necessity, most point to the risk of side effects as the reason vaccinations should be avoided. Although not supported by scientific evidence, many parents feel giving infants many vaccines in a short period of time may weaken their immune systems. Parents of children who suffer from asthma or allergies or who already have weakened immune systems due to autoimmune disease or cancer treatment insist that children should not be given multiple vaccinations at once or before they are 2 years old.

Additionally, many parents are opposed to giving their children immunizations that contain live viruses, such as the MMR and varicella (chickenpox) vaccines, out of concern that the vaccine itself could cause illness. Reported cases of disease contraction from the live vaccine are extremely few, and incidences are much less severe than if contracted from the virus itself, but that does not make the decision easier for some parents.

“My oldest son became sick after his shots,” says mother of three, Marcia. “So we didn’t vaccinate our youngest two. I am aware of the risks, but I made the choice I felt was best for us.”

The controversy surrounding vaccines and autism has received the most attention recently.

In 1999, the Centers for Disease Control (CDC) and the American Academy of Pediatrics asked vaccine makers to stop using thimerosal, a compound containing mercury, which is used as a preservative in vaccines and drugs. This action fueled existing controversy surrounding the rise in autism cases and a possible link to mercury, toxicity of which produces symptoms similar to autism. Although many say the FDA moved too slowly to remove thimerosal from vaccines, the government maintains that these actions were precautionary and stresses there is no credible scientific evidence linking thimerosal and autism.

One study brought significant attention to the possible vaccine-autism link. In 1998, British physician Andrew Wakefield, along with several colleagues, published a paper suggesting that the MMR vaccine causes autism. The study reported on 12 children who were first treated for gastrointestinal problems. When the 12 children were found to have had a normal development followed by a loss of certain skills after receiving the MMR vaccine, Wakefield associated the reported loss of skills and onset of bowel problems with the MMR vaccine.

The paper was seriously flawed. There was no control group for comparison, the findings could not be replicated in additional studies and further questioning revealed that almost half the children had developmental problems before receiving the MMR vaccine. Since then, 10 of the 13 authors have retracted their findings.Additional research, including a Japanese study of over 30,000 children, shows no link between the MMR and autism. Unfortunately, publicity resulting from the initial publication has resulted in a decline in MMR vaccinations and a resulting resurgence of measles in England and other parts of Europe. Although cases of autism have risen in recent years, doctors say that it’s due to the umbrella of autism diagnosis being widened.

“What we define as autism has changed over the years,” says Suzanne Kerns, M.D., of Ocala Pediatrics. “Where autism used to define one set of severe symptoms, we now refer to a broader range of behaviors as being autism spectrum disorder (ASD).”In other words, according to some doctors, it appears the number of cases have increased, but it is actually a matter of more cases being identified as ASD.

So, real or perceived risks aside, do Americans need to continue to vaccinate against diseases that have been largely or wholly eradicated? Because vaccination programs have been so successful, the FDA says, recent generations of parents have not seen the ravaging effects of communicable diseases in their lifetimes, so it’s easy to see how young parents might take the stance that vaccinating against diseases that aren’t rampant is not worth the risk of an adverse reaction.

As seen in the recent measles outbreak in England, a decline in vaccinations does lead to an increase in disease. So far, only smallpox has been completely eradicated. According to the Centers for Disease Control, elimination of immunizations would result in 2.7 million deaths per year from measles. In countries where immunizations have been reduced, pertussis (whooping cough) rates have risen as much as 10 to 100 times. There are more than 350 million life-long carriers of hepatitis B that can transmit the disease to the unprotected. Tetanus kills 300,000 unvaccinated newborns annually in countries where the tetanus vaccine is unavailable. Polio is still an endemic in Afghanistan, India, Nigeria and Pakistan. In this age of world travel, these and other diseases are literally knocking at our door. Most physicians and researchers agree that immunizations are our best, and most cost-effective, security system. The World Health Organization (WHO) reports that vaccinations are second only to clean water in reducing infectious diseases.

“There is no disputing the fact that immunizations have saved more lives than any other medical intervention in history,” says Dr. Kerns. “People who choose not to immunize are putting others’ health at risk. Vaccinations don’t always protect a person 100 percent,” she explains, “So, being exposed to unvaccinated people puts others at risk.”Furthermore, she urges parents who are deciding whether to vaccinate their children to make their decision based on accurate research. “If parents choose not to vaccinate, they should at least make their decision based on credible scientific research.”

As another local doctor muses, “It’s interesting that when one study is published touting the health benefits of red wine, everyone wants to believe it, but a hundred studies can’t convince some parents of newborns that those early shots could ensure not just their baby’s health but ultimately contribute to the health of future generations.”

So what’s on the horizon for vaccines? Hundreds of new vaccines are being researched and tested for diseases such as malaria, dengue fever, typhoid and cholera, which kill millions in developing countries. Other studies are being conducted on vaccines to protect against “super bugs” like MRSA. Vaccines for allergies, biological warfare viruses such as anthrax and even addictions to drugs like nicotine, cocaine and methamphetamine are being investigated as well.

For more information on immunization schedules for children and adults, school requirements and flu shot programs, visit the Marion County Health Department’s website at doh.state.fl.us/chdMarion or the CDC website at cdc.gov.

“We follow the guidelines set forth by the CDC,” says Jan Stepp, Immunizations Supervisor at the Marion County Health Department. “And we highly recommend immunizations from birth to adulthood.” 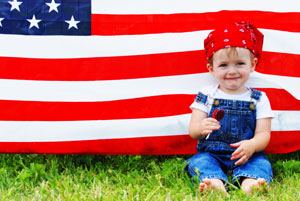 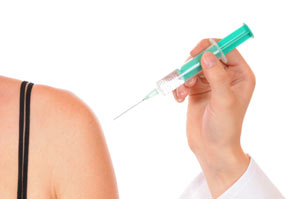 Influenza: Get a flu shot every fall or winter.

Pneumococcal: Get this at age 65 or earlier if you smoke or have chronic health problems.

Tetanus, diphtheria & pertussis (Tdap): Get the adult whooping cough vaccine if you are under 65 or are over 65 and are in contact with an infant or a health care worker. Get a tetanus booster every 10 years.

Hepatitis A & B: You need these vaccines if you have risk factors for hepatitis A or B.

Measles, mumps & rubella (MMR): If you were born after 1957 and never received the MMR, you should get this vaccine.

Varicella (chickenpox): If you never had chickenpox, or only received one dose, ask your doctor if you should be vaccinated.

Meningococcal: You may need this vaccine if you have certain medical conditions or are going to live in a college dormitory.

Zoster (shingles): Get this vaccine if you are over 60.

Should You Get a Flu Shot?

The influenza virus affects 5 to 20 percent of Americans each year, with approximately 200,000 people requiring hospitalization. In 2010, vaccine experts voted to recommend that everyone age 6 months and older receive an annual flu shot. Certain people, including pregnant women, people over age 50, health care workers, children under 5, people with chronic health problems and those living in nursing homes or caring for flu patients, may be especially susceptible. Side effects may include a low-grade fever, aches and redness or swelling at the shot site, but the shot cannot give you the flu. Sometimes people get the flu after being vaccinated because they were exposed prior to getting the shot. Other instances occur when people contract a strain of the flu not covered by the shot.