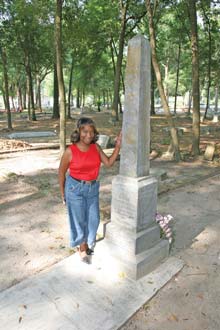 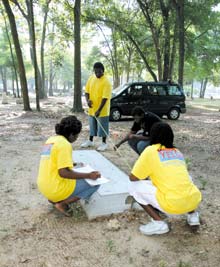 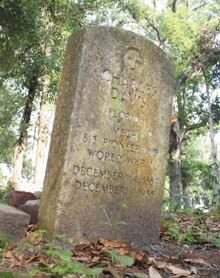 Small in stature, but big in heart, Narvella Haynes has been reaching out to Ocala’s youth for two decades.

Petite, animated, and goal-oriented, Narvella is the community development director for the Ocala/Marion County Family YMCA. Under her auspices is the Black Achievers/Youth Achievers program. She is also involved with youth-oriented programs with the Department of Juvenile Justice, West Ocala Front Porch, and Marion County Children’s Alliance. And that’s just the short list.

No wonder Narvella has been nominated for many civic honors. Her most recent was as a finalist for the Ocala Star-Banner’s 2006 Newsmaker of the Year. But Narvella doesn’t do what she does for accolades. She does it for the kids.

Growing up in a blended family of nine children did not lead Narvella to her life’s work, as most people would assume. Actually, it was boredom. More specifically, her son Kenyata’s boredom.

“I was a single, working parent,” says Narvella, 56, who logged 30 plus years with Gainesville-based BellSouth before retiring in 2001. “But I was an involved single parent. My son and I did plenty of activities together; we went to movies, sporting events, school functions. Then one day when he was about nine, he told me he was bored.”

That announcement came as a big surprise to Narvella.

“It got me to thinking,” she says. “If my son, who had an involved parent, was bored, then what about all the kids whose parents couldn’t be as active as I was?”

While still working full time for BellSouth and commuting to Gainesville, Narvella was named the coordinator of the YMCA’s Black Achievers/Youth Achievers program in 1997. Two years later, she moved into the part-time community development director’s position. Since retiring from BellSouth, where she held a variety of positions, she has remained part-time with the YMCA.

“What we try to do is reach children who wouldn’t normally become involved through the YMCA,” explains Narvella, who was part of the last class that graduated from Howard High School in 1969. “It’s an outreach program, where we go to the kids, address their needs in a school environment, and then involve them in outside activities.”

Narvella’s day begins at 5am, preparing for her Monday through Friday morning sessions at Howard Middle School. From 7:30-9:20, Narvella and staff assistant Warren Wimberly address the kids’ pre-class needs.

“These are children of working parents,” she says. “The kids are dropped off at school on the parents’ way to work. We help them with their homework and class assignments for that day. We also plan extracurricular cultural and educational field trips, as well as have speakers come in. It’s very important for children to be exposed to a larger world and to good role models as soon and as often as possible.”

Through a partnership with the YMCA and Central Florida Community College’s Community Reach Out Program (CROP), Narvella shepherds the middle school children to prepare them for high school and then college. There is also a partnership with Marion Citrus Mental Health Center, which provides counseling for families.

Back at her YMCA office later in the day, Narvella takes care of answering e-mails, returning phone calls, making contacts, and lining up new programs. While her part-time position is officially over at 1pm, her work day generally continues hours after that.

“I become very involved in what I’m doing,” admits Narvella. “And many times that means working beyond the clock to get done what needs to get done. But I couldn’t do it alone either. I’m very fortunate to be associated with so many wonderful people who care about the children and have supported our programs.”

The Star Project currently on Narvella’s agenda is recording the history of Ocala’s Chestnut Cemetery. Working with the troubled youth from the Department of Juvenile Justice, and partnering with West Ocala Front Porch and the office of Urban Opportunity, Narvella has jumped headfirst into the project.

“It’s definitely turned into a much more involved project than I initially anticipated,” she says. “The plan was and still is to compile a record documenting all the graves in Chestnut Cemetery. But first we had to clean it up, which meant hours and hours of raking leaves. And when we started doing that, we discovered there were many more graves there than we thought.”

More than a year and 150 hours into the Chestnut Cemetery project, Narvella estimates there are more than 200 graves there. Some are marked while others are not and likely never will be identified.

“We’re just taking it day by day,” she says. “And doing the best we can. Our goal is to have the project finished by the end of the year.”

Aside from an actual literary accounting, a giant quilt is also being fashioned by Jo Robinson. Each block will represent a grave, including any information available with blank squares left for those unknowns. When completed, the quilt will be on permanent display at Howard Academy and serve as a unique map to the cemetery.

While Narvella has seen plenty of positive changes in her 20 years of involvement in youth programs, she points out there’s still more to do.

“It’s an ongoing battle,” she says. “We still need more volunteer leaders, more parental involvement, more unity, more programs, and, of course, more funding. But it’s all worth it because children are our future, the community’s future.”