Leading by example comes naturally to this beloved humanitarian, who has spent his lifetime making our community a better place to live. 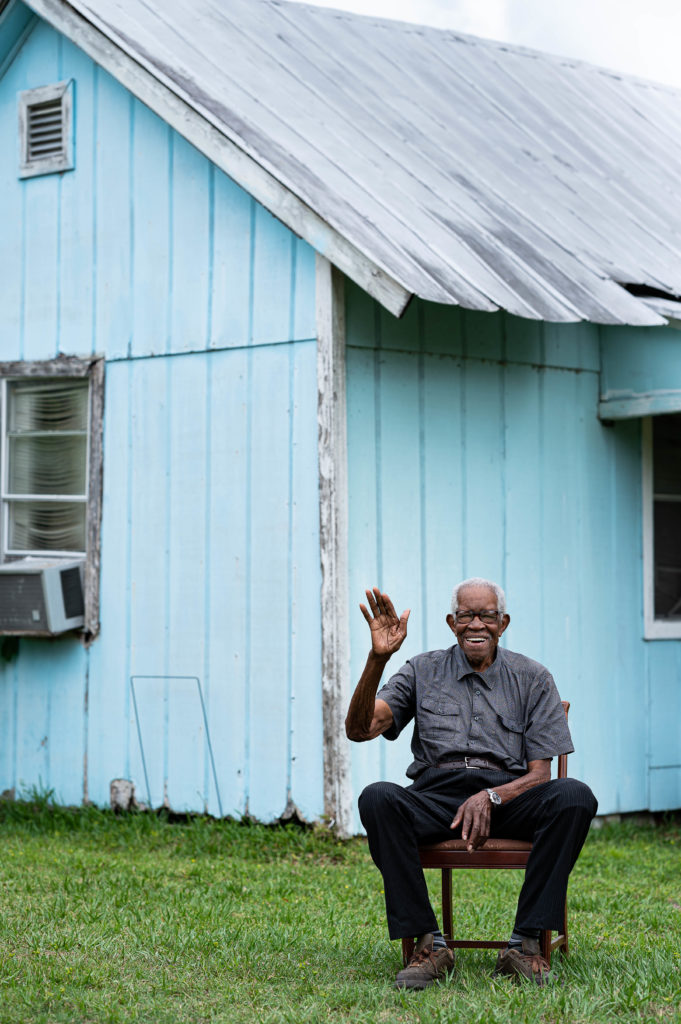 After 99 years on this earth, William James is still living by the Golden Rule, just like his mother taught him as a boy. In fact, this lifelong Ocalan may be the living embodiment of that biblical tenet: Do unto others as you would have them do unto you. And living true to the morals imparted to him as a child has served him well and allowed him to serve others so purely. Clearly, this has been key to his success.

Always polite, always gracious, James has a natural warmth that draws one in and a rolling laugh that does a heart good. He is proud to share that he has never smoked, drank, cursed, been in a fight or been arrested. He has the respect of the community because he has earned it.

“Anything I’ve accomplished, it has been because of the blessings of the Lord,” he says. “My faith in God has kept me strong my entire life.”

James was just a young boy when his father died, leaving his mother to raise him and three younger siblings—no small feat during the Great Depression, living in rural northern Marion County without electricity or running water.

After attending the segregated three-room school in the small community of Kendrick through the eighth grade, James went to work on a nearby farm, plowing fields with mules and oxen for “50 cents a day and a meal.” Although he was blessed with a keen mind, leaving school to help support his family felt like the right thing to do.

“The life I led and the things I accomplished…” he says reflectively. “Well, people didn’t think I only went to the eighth grade in school.”

And, although he did not attend a Marion County high school himself, he would later become a valued school employee, friend and mentor to countless students and—perhaps inadvertently—an important figure in the county’s school integration in the 1960s. 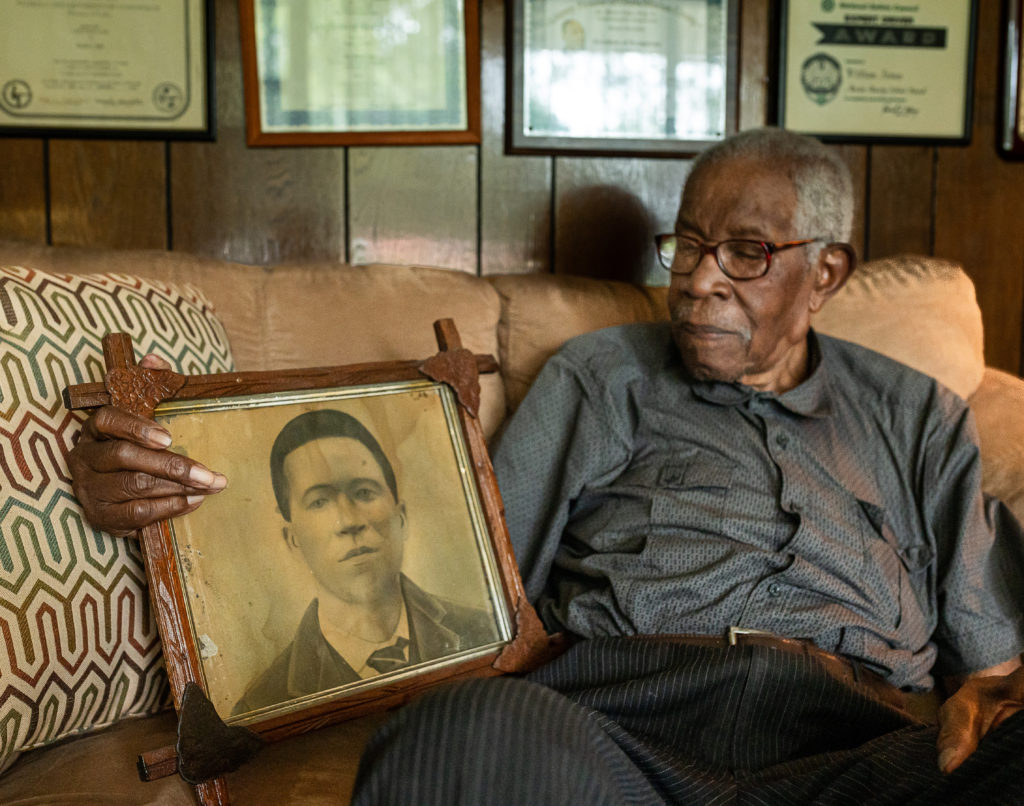 When he started work as a custodian at Howard High School in 1954, James remembers going to work early on winter mornings to build fires in the wood stoves that heated each classroom. His can-do attitude and pleasant demeanor made him a standout employee and, by the mid-1960s, he was the head custodian at Fessenden Academy, which was one of the first local schools for African American students.

A few years later, when Marion County Public Schools integrated, his supervisors recognized that James’ easy rapport with students would be a valuable asset to help the first black students to attend North Marion High School. The transfer was fine with him—he was just a loyal employee, doing his job, not realizing how much the example he set for young people, and the wise counsel he provided them, would help minority students adjust and thrive during an often hostile transition.

“He said I was personable, I was friendly with all the students,” James remembers his boss saying. “I’m going to transfer you to North Marion High, because the students from here aren’t going to know nobody over there. I would like to send you over there so if they have a problem, have trouble there, to see somebody they can talk to.”

Yes, there was trouble, there was racial discord but, for James, the blessing of seeing black and white students under one roof was one he had prayed for.

Always a respected member of the community, James has received enough plaques and awards to fill one wall in his home. He’s an honorary deputy of the Marion County Sheriff’s Office, where he has served on advisory boards and volunteered to minister to inmates at the county jail. The Marion County NAACP presented him with the Frank Pinkston Humanitarian 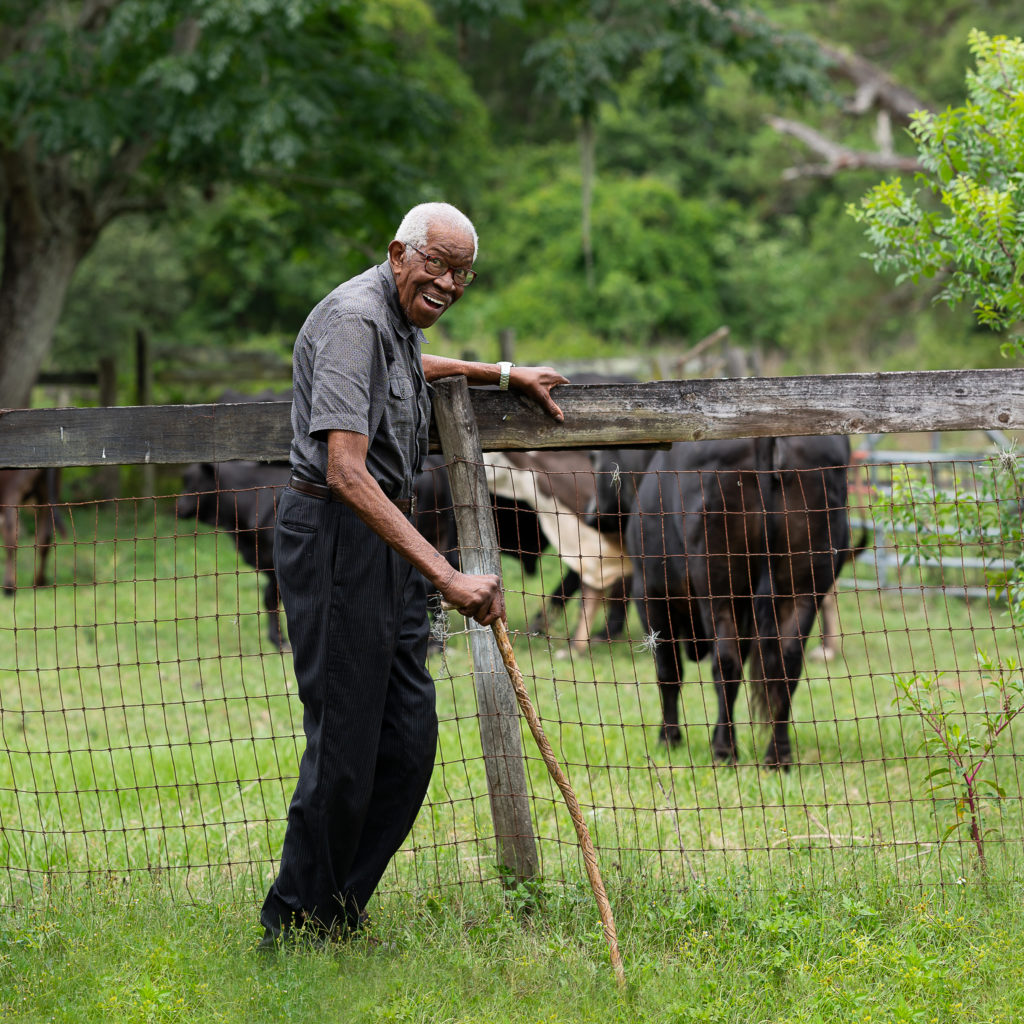 Award in 2003. In 2007, the Dr. Martin Luther King Jr. Commemorative Commission conferred upon him the Legacy Pioneer Award. In 2017, the City of Ocala dedicated the “William James Start!” walking trail on Martin Luther King Jr. Avenue to him in honor of his decades of contributions to the community. That same year, local photographer and author Cynthia Wilson-Graham authored a book called Walking By Faith about his life. Two years ago, he was honored as an inaugural inductee of the Legacy Park Community Service Recognition Program. And those are just a few of the countless ways his selfless service has been recognized over the years.

James retired in 1986 after 27 years of service to Marion County Public Schools, with the distinction of being the first black custodial supervisor, overseeing 17 different schools. But that’s not the accomplishment he’s most proud of, nor is it any of the plaques that hang on his wall. Or the fact that he’s never had a traffic ticket. The achievement that pleases this Christian man the most is his attendance record at Mount Tabor AME Church, where he was appointed secretary as a teenager, served as a steward, taught Sunday school and has been in the congregation for nearly every service for more than 70 years.

“I put my trust in the Lord,” James affirms. “I’ve been in the church all my life. The Lord didn’t call me to preach, and the Bible tells me, ‘Speak according to your ability to speak.’ I speak what I’m capable of speaking.”

And, if actions speak louder than words, the example William James has demonstrated will resonate throughout our community for generations to come.