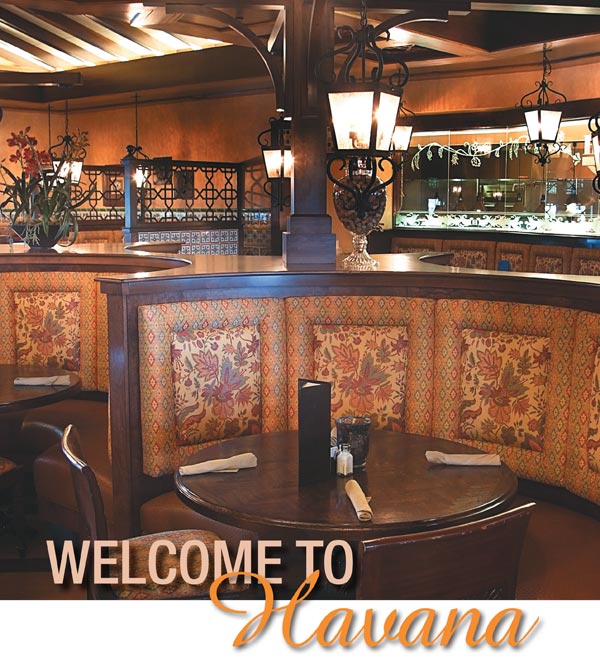 From Caribbean-influenced dishes to the live jazz and blues on the veranda, Havana Country Club is quickly becoming The Villages’ hot spot for delicious dining and big fun. Just bring an appetite and Chef Reed’s team will handle the rest.

Eric Reed had a familiar adage in mind when he began revamping Havana’s menu just a few months ago—less is more.

“I wanted a new start,” the executive chef explains. “Change it up and make it a lighter, crisper menu. I wanted to make everything fresh, from the salsa to the soups.”

His efforts are apparent with every bite at this Villages restaurant, whether the dish is a piping-hot, hand-tossed Hawaiian pizza or the signature Pollo Havana, a grilled chicken breast topped with plump Gulf shrimp, chorizo sausage, spinach, and a creamy Chardonnay sauce.

Of course, ambiance is a part of every dining experience, and on this measure, Havana really excels, starting with the scenic views of Hemingway Golf Course’s fifth and ninth holes. Inside, the centerpiece is the long glass partition separating the kitchen and the dining area. High-backed booths, intimate table settings, and dark wood and wrought-iron throughout create a cozy, old-fashioned feel. Out on the veranda and shaded by large umbrellas, patrons regularly enjoy al fresco dining, especially as the weather begins to turn cooler. 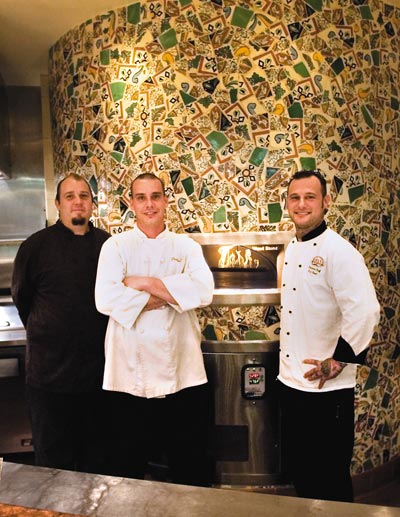 “We have the best atmosphere,” says Reed. “It’s an amazing set-up. We have an open kitchen, so you can see everything being done.”

And the kitchen is where the magic happens at Havana. Reed, who describes himself as “old school,” inspects every plate himself before it leaves for a table. He insists on hand-cutting the steak and seafood on-site, and the bread is made in-house as well. Because everything is made fresh daily, special requests for menu items are a cinch. Want a little less heat in the paella? A quesadilla sans onions? Reed and his skilled culinary team happily oblige, quickly altering dishes to accommodate guests’ tastes and most dietary restrictions.

Fortunately for patrons, Havana now serves breakfast daily, in addition to lunch and dinner. Selections include Belgian waffles, pancakes, and a few Cuban-inspired selections, such as eggs wrapped in tortilla.

A restaurant named Havana wouldn’t do without a signature Cuban sandwich, which is exactly what guests order most often at lunchtime. The Havana Cubano is piled-high with layers of mojo-marinated pork, baked ham, aged Swiss cheese, and thinly sliced pickles, with a generous spread of Creole Dijon mustard on the griddled Cuban bread. The Black Angus burgers are another hit thanks to the flavorful beef and mesquite-grilled taste.

After a fulfilling lunch or dinner, dessert is in order, and Havana has mango cheesecake, key lime pie, crème brulee, and homemade chocolate brownies at the ready. 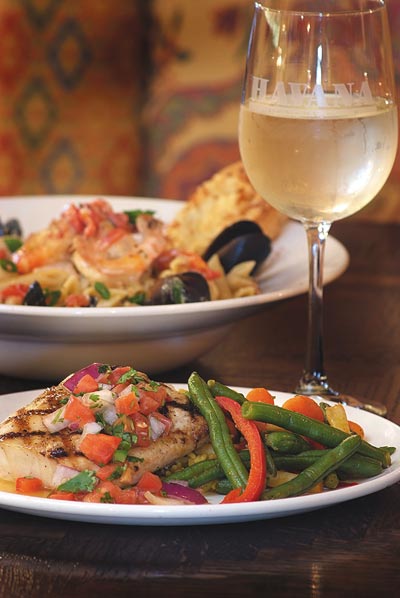 “We also have the Chocolate Tuxedo, a white-chocolate mousse drizzled with chocolate,” says Brown. “We have a new dessert, a peanut butter chocolate pie that’s gluten-free. We have a full-service bar, and some drinks have a definite Havana flair, a lot of rums.”

The operation is managed daily by the capable hands of the general manager, Donald Slage.

“We pride ourselves on our constantly improving service levels with the expectation of excellence being delivered daily through our food and service quality,” Slage says.

Evenings at the restaurant live up to their “Hot Havana Nights” nickname. Blues and jazz musicians perform outside throughout the week and patrons often take a turn at the karaoke mike for what Brown calls a kind of “jam session.”

“Havana will be known for having great entertainment, and throughout the year, we will be doing special entertainment events such as our recent Havanaween Party and our upcoming ‘Holiday Extravaganza,’” Brown says. “We have a lot of energy here. It’s a fun place to be.”

November marks Havana’s one-year anniversary, and Brown and his team will celebrate with an upcoming party for patrons. For Chef Reed, the occasion will be a look forward as well to another year of happy Havana guests.

“I wouldn’t want to be anywhere else,” he says before heading back to the kitchen for the dinner rush. “We have great food, great atmosphere, and we have fun. That’s what really sets us apart.”

Open 7 days a week, 7am to closing