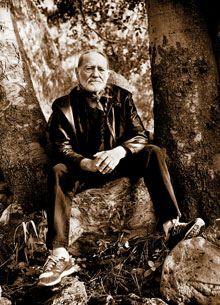 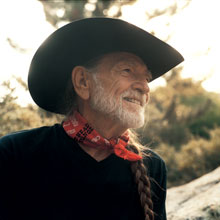 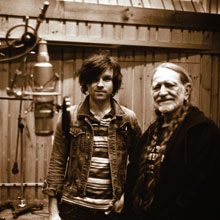 Willie Nelson goes by many names—red-headed stranger, outlaw, highwayman, activist, entrepreneur, songwriter, singer, music icon. And at 74, Nelson shows little signs of slowing down with a new album and a worldwide tour on tap for 2008.

Closer to home, Nelson will kick off this year’s Silver Springs Concert Series on Saturday, Jan. 19. And while you’re waiting for Willie to come out on stage, here are some fun little tidbits to ponder before joining in for the chorus of “On The Road Again.”

1. First Gig: Playing guitar in polka bands when he was 10.

3. BioWeed Willie: Co-chair of National Organization for the Reform of Marijuana Laws (NORML).

7. Not His Blue Eyes: Didn’t write one of his biggest hits, “Blue Eyes Crying in the Rain,” which was written by Fred Rose in 1945.

8. Art Imitating Life: Appeared as himself in 2006 movie Beerfest, where he recruited teammates to join him in a mythical world-championship marijuana-smoking contest in Amsterdam.

9. Travelin’ Man: When on the road again, travels in his biodiesel-fueled tour bus, Honeysuckle Rose IV.

10. Actor’s Studio: Has appeared in many TV shows and 19 movies, including two in 2008—Blond Ambition and Swing Vote.

13. Mr. Prolific: Has been involved in the recording of more than 250 albums and has written more than 2,000 songs.

14. Not That There’s Anything Wrong With That: Sings “He Was a Friend of Mine” on soundtrack of 2006 movie, Brokeback Mountain. Shortly thereafter, released “Cowboys Are Frequently, Secretly Fond of Each Other” through iTunes Music Store on Valentine’s Day 2006.

15. Peace, Man: In April 2007, founded Willie Nelson Peace Research Institute on premise that peace on Earth is the birthright of our global human family. Visit www.willienelsonpri.com to learn more.

17. Hallelujah: In summer 2006, bought the Methodist church that he attended and sang in while growing up south of Dallas in Abbot, Texas.

On The Record
The Essential Willie Nelson Discography

Waylon & Willie (1978): Delivered another hit duet with Waylon Jennings, “Mamas Don’t Let Your Babies Grow Up To Be Cowboys.”

Honeysuckle Rose (1980): Movie soundtrack highlighted by “On The Road Again.”

Across the Borderline (1992): Collaboration with Bob Dylan, Sinead O’Connor and Paul Simon.

Willie: Alive and Kickin’ (2003): Contains #1 duet with Toby Keith, “Beer For My Horses,” as well as guest appearance by Norah Jones.

Last of the Breed (2007): Collaboration with Ray Price and Merle Haggard. Enough said!

UP CLOSE & PERSONAL
For ticket information, reserved VIP seating and parking for the January 19 show at Silver Springs, visit silversprings.com or call (352) 236-2121. To win a pair of VIP tickets from Lake & Sumter Style, send an email to dean@lakeandsumterstyle.com telling us why you love Willie Nelson. Please include your name, address, and phone number. One entry will be chosen at random from the emails we receive.