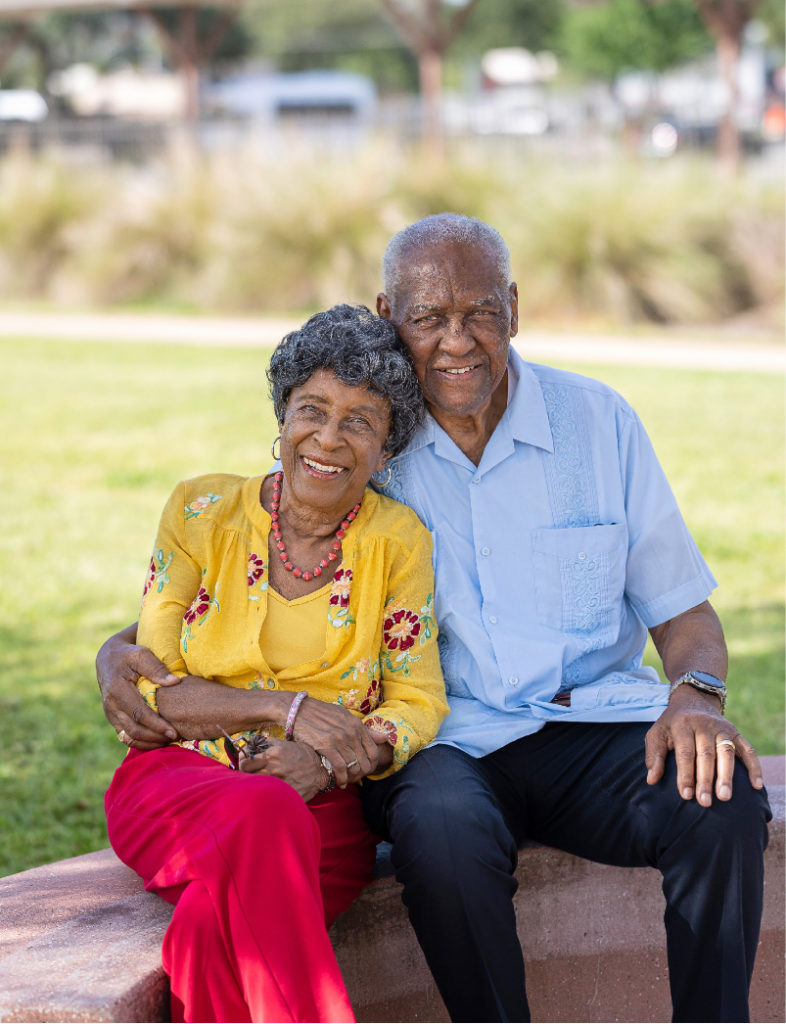 Frank Rasbury served more than 20 years in the U.S. Army, retiring as a lieutenant colonel with medals including the Bronze Star. Most would call that a life of service.

But Frank went on to serve his community with a civilian career that included 11 years as executive director for the Nassau County, New York Chapter of the American Red Cross.

A gifted young performer, Naida Rasbury made her Broadway debut at age 7—at George Gershwin’s request—in his original production of Porgy and Bess when it premiered in 1935. She later appeared in two revivals before she started high school. After college, she worked as an educator and then rose through the ranks of city government. Most would also call that a successful career in service to others.

But the Rasburys’ legacy of service was just beginning. When they retired in the late 1980s and moved to the Silver Springs Shores area, Frank and Naida were ready to spend much of their golden years giving back—to the extent they would earn the nickname “professional volunteers.”

The young and vibrant retirees were ready to put all their energies “into becoming bona ﬁde ‘Ocalans/Marion Countians’ and not just ‘former New Yorkers,’” Frank says, explaining that it was important to the couple to “make a positive contribution” to the community they “care about and love.”

Over the past three decades they’ve given the gifts of their time, talent and treasures to close to two dozen local causes, including Interfaith Emergency Services, the March of Dimes and the Military Officers Association of America, just to name a few.

The couple, who will celebrate their 50th anniversary next year, shares their philosophy, which they say is pretty straightforward: “See a need, address a need.”

“A lot of times people see things and say, ‘Oh, isn’t that a shame,’ and then turn their back and walk away,” Naida explains. “But if you have a mantra in your own head that there’s a need and there’s a way that you can help take care of that need, do it. That’s one of the things I think both of us have no problem doing. If you do one thing and then another thing piles on top of that one, the next thing you know, you’ve got other people interested and they will come along and work with you. That’s community.”

“That’s leadership, too,” Frank adds. “You get started doing something that needs to be done. People think, ‘I’ll help out there.’ They come in and you start building a team of people doing stuff. Somebody has to step forward to lead the way. We’re prepared to do that.”

Now, at age 93 (Naida is ﬁve weeks younger than Frank), the couple volunteers for a more focused list of charities. “We are very grateful for our longevity,” Frank remarks. “We kind of feel an obligation to do as much as we can for as long as we can, to be productive. Actually, I think the key to our longevity is continued involvement.”

Naida is passionate about the Ocala Royal Dames for Cancer Research, which she joined nearly 25 years ago. “I want to see what I can do about helping to eradicate cancer,” she declares. “I don’t know if you know this, but 40 percent of women that die from breast cancer are women of color. And when I heard that I said this is an organization to become a part of, so I joined.

We’re never going to really be able to eradicate cancer completely, but there will be a cure for some.”

After serving as treasurer and helping to coordinate many fundraising events including the Royal Dames’ Tiara Ball and the Shop Talk community education series held at the College of Central Florida, Naida makes a point to recruit new members who can help the organization with its mission to support educational programs and activities that promote, enhance and further cancer research and education.

Frank’s longest standing civic affliation is his membership in Rotary International since 1975. He joined the Rotary Club of Ocala in 1988 and says the group serves the community, which sometimes means meeting a need right here at home and sometimes refers to the larger world community, including projects to provide water for people in Zimbabwe and helping to nearly eradicate polio worldwide.

Frank was pleased to be the project manager for a community beautiﬁcation project that celebrated the Rotary Club of Ocala’s 100th anniversary in 2019. The arbor in Tuscawilla Art Park includes four pillars engraved with the words “truth,” fair,” “goodwill” and “beneﬁcial.” The inscriptions, he says, stand for the Rotary code of conduct. 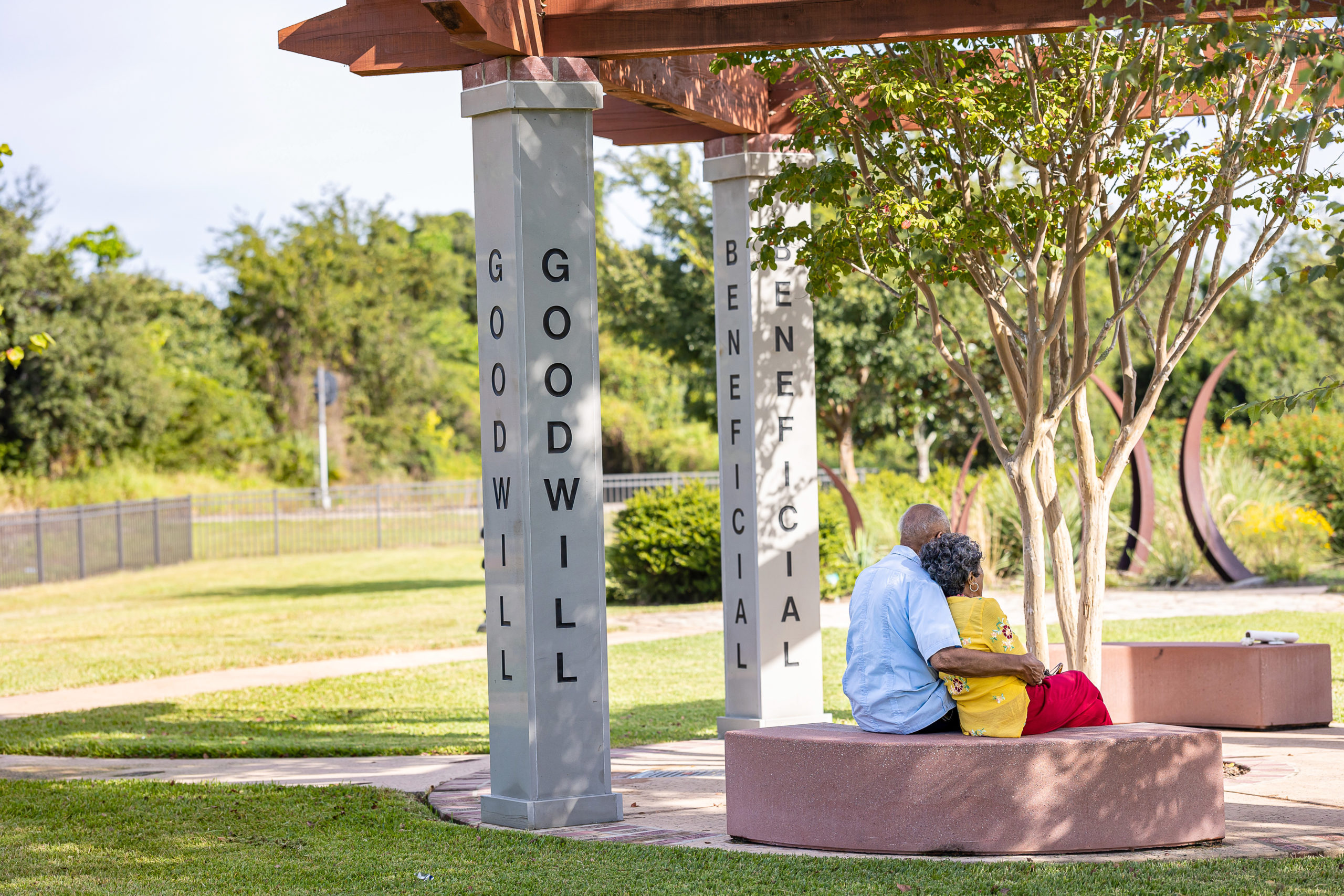 One of the best personal outcomes of their volunteer work, Frank says, has been the interaction with other people who share their vision. “We’ve had the opportunity to work with some outstanding people,” he notes. “They freely give of themselves and what they have, and they treat everyone with a great deal of respect. It’s good to be a part of that and to contribute to that kind of community. We’ve had a wonderful opportunity to contribute.”

The Rasburys urge their fellow Marion Countians to “ﬁnd something you’re interested in that can beneﬁt from what you do.”