A small butterfly-shaped gland located on the lower part of the neck —miniscule in size —plays a huge role in regulating the proper function of the brain, heart, liver and kidneys. 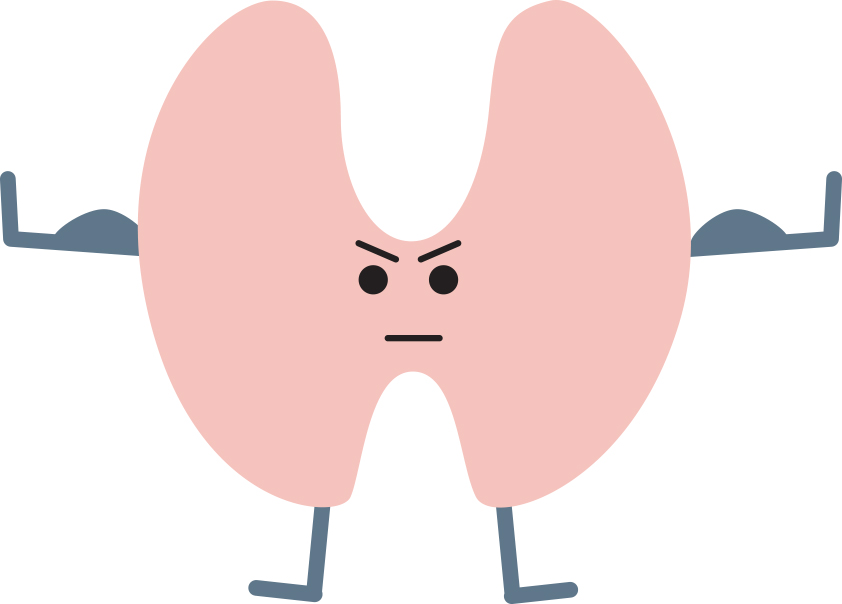 An estimated 30 million Americans suffer from a thyroid disorder, and many more go undiagnosed each year, according to the American College of Endocrinology. Thyroid disease is more prevalent than heart disease, diabetes or breast cancer. Remarkably, more Americans suffer from thyroid disease than all types of cancers combined. While the exact causes of thyroid problems are largely unknown, thyroid disease does tend to run in families. However, thyroid disorders commonly occur in individuals with no family history. The American Thyroid Association (ATA) reports that more than 12 percent of the U.S. population will develop a thyroid condition during his or her lifetime.

Because the thyroid plays such a crucial role to the body and overall health, it’s imperative that thyroid health be taken seriously. January is national Thyroid Awareness Month. The campaign was started to bring attention to the signs and symptoms of thyroid disease and is part of a year-long awareness program designed to encourage the public to be proactive in having their thyroid function checked.

A part of the endocrine system, the thyroid is a small gland located in the neck. This small gland, often referred to as the body’s engine, is responsible for producing and regulating the body’s hormones. It directly impacts the health and well-being of many of the body’s functions, including, but not limited to, the cardiac system, the digestive system, muscle control, brain development and even one’s mood.

The symptoms of hypothyroidism (meaning your engine is running too slow) include fatigue, cold intolerance, weight gain, constipation, dry skin, muscle pain and menstrual abnormalities. On the other hand, anxiety, emotional instability, general weakness, tremors, palpitations, heat intolerance, increased perspiration and weight loss despite a normal or increased appetite indicate hyperthyroidism, which means your engine is running too fast.

As thyroid disorders can develop at any time in life, individuals should be aware of and monitor for symptoms periodically.

Dr. Grodonoff Nelson, a board-certified family medicine physician with Ocala Health Family Care Specialists, recommends that individuals who suspect they might have a thyroid disorder also do an inspection of their neck.

“Check the lower aspect of the neck for any abnormal enlargement or lumps that can be felt,” Dr. Nelson advises.

According to the ATA, women are five to eight times more likely to develop a thyroid disorder, especially during and after pregnancy.

Both hypothyroidism and hyperthyroidism can be caused by a variety of things, including but not limited to autoimmune disorders, cancer, inflammation or genetics. It’s important to have regular meetings with both primary care physicians and endocrinologists to keep symptoms in check and ensure healthy thyroid function going forward.

“Most of these individuals [diagnosed with a thyroid disorder] can go on leading normal lives,” says Dr. Nelson. “Preventative medicine can help, as patients should have a close relationship with their doctor and keep up with their yearly physicals.”

While approximately one in five U.S. residents has thyroid disease, many are unaware that their thyroid is not functioning properly.

Visit www.thyroid.com, to learn more and access their library of downloadable brochures. 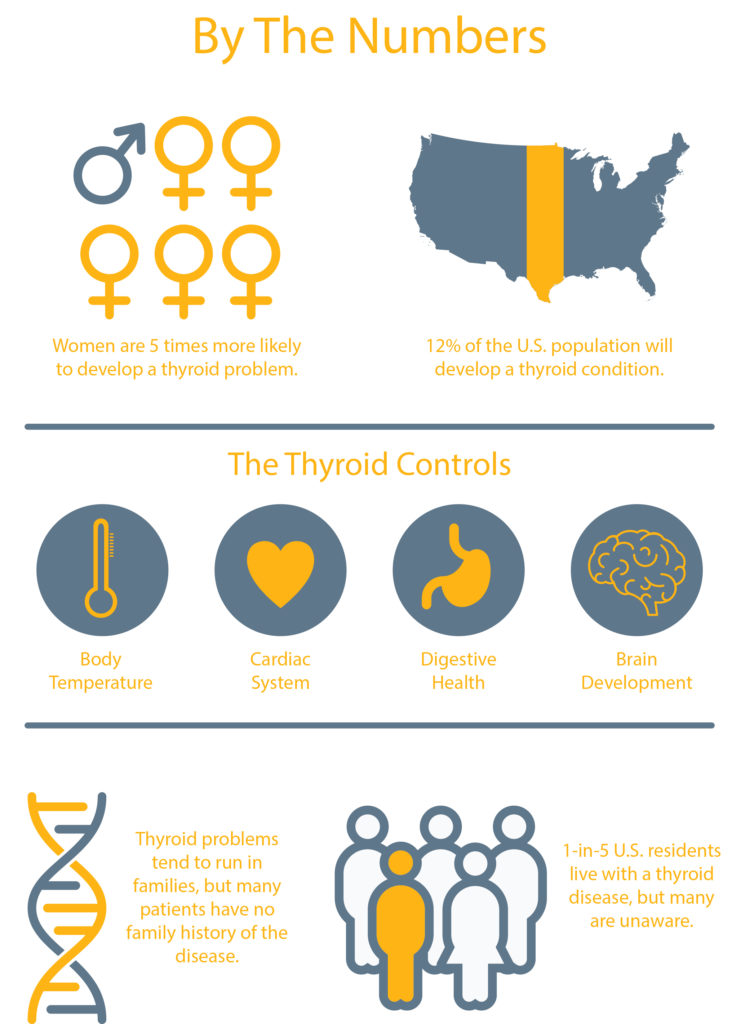