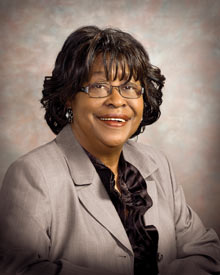 When I was young, I was not allowed to go to the new movie house in my hometown of Ocala. “Colored” people were not welcome there. I, of course, was embittered. I took my hostility out at the town’s older theater where, from the balcony where I was permitted to sit, I threw popcorn at the white kids below.

Years later, as president of the city council, I was an invited guest speaker at the reopening of the old theater where once I had been banned. It had undergone many reincarnations over the years, but now it was being reopened as a cinema and performing arts center. And there I was, front and center, participating in the ribbon cutting. The irony did not escape me. The world has changed.

In our community, part of the change is manifested in a yearly observance called One Ocala, One America. The weeklong observation, which I have the great honor of chairing, is dedicated to promoting racial harmony and cultural understanding. And while it is not intended to help us appreciate our differences, more often than not it drives home the point that we are more alike than we realize.

Our celebration focuses on these things. Over the years we have witnessed through testimonials, food, song, and dance the many delights that the world’s people have to offer.

We see the pride in the eyes of Hispanic kids as they sing songs of their native countries.

We are amazed at the skill and grace of young Indian women as they use their eyes and hands to tell a story through dance that is unlike anything you will encounter in Western culture.

We listen as a black poet speaks of offering a foe a hand of friendship and praying for those who offend him.

We are entertained by the skill of a Japanese magician who creates candy figurines in much the same way a glass blower crafts a vase.

We savor the taste of baklava, that wonderful Greek dessert.

We take delight in an Irish jig.

For a time at least, we let down our guard against the insecurity of being around people and cultures different from our own. We celebrate our differences and come to realize our similarities. We take joy in what each culture has to offer and begin to understand why people are so devoted to preserving their heritage. Once a year we step out of the darkness—at least a little.

Each year the celebration lifts my heart. It helps me erase the scars of the past. It makes me wonder what scars I might have caused. It motivates me to search for ways to put things right. Perhaps at next year’s observance, I will challenge my white colleagues on the city council to a popcorn fight.
Posted in Uncategorized