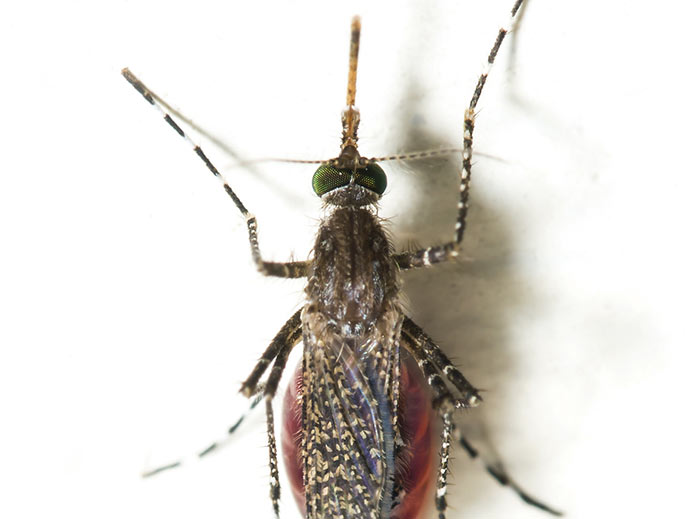 Once confined almost primarily to equatorial regions of Africa and Asia, it has, within the past decade, spread to Central and South America via the Pacific Islands. An outbreak in Brazil in May 2015 garnered the virus its first real international attention, and as of the beginnings of April, the Centers for Disease Control and Prevention (CDC) reports there have been 346 travel-associated cases reported in the United States, with 78 of those cases reported in Florida. There have currently been no locally acquired, mosquito-borne cases reported in the United States. The number of locally acquired infections is much higher in U.S. territories such as Puerto Rico, the U.S. Virgin Islands and American Samoa.

“Although this relationship hasn’t been definitively proven, it is greatly suspected that if a pregnant woman is infected with the Zika virus, there is a possibility it could increase the chances of her child being born with microcephaly,” says Cindy Prins, Ph.D., MPH, CIC, CPH, a clinical assistant professor and epidemiologist at the University of Florida. “Researchers have also seen an increase in the incidence of Guillain-Barre Syndrome in several of the countries with Zika outbreaks, and they are actively investigating an association there also.”

Transmission of the virus comes most often through the bite of the Aedes aegypti mosquito, which is abundant here in Central Florida. According to the CDC’s April 6 Zika update, there have been seven reported cases of sexual transmission of the disease in the United States, and Prins says the virus has been found in the semen, blood and saliva of infected men. The CDC suggests the use of condoms when having any form of sexual contact with someone who might have been infected or exposed to the virus.

In March, the CDC issued detailed guidelines for couples who are trying to have a baby. If a woman has been diagnosed with or has symptoms of the Zika virus, she should wait at least eight weeks after her symptoms first appear before trying to get pregnant. If the couple is trying to have a baby and the man has been diagnosed with Zika or has symptoms, he should wait at least six months from the first symptoms before having unprotected sex. For couples without symptoms of Zika but who have had possible exposure due to travel, the CDC recommends waiting at least eight weeks after that potential exposure before trying to conceive. It is believed, based on the available evidence, that a Zika virus infection in a woman who is not pregnant does not pose a risk for birth defects in future pregnancies after the virus has cleared from her blood, and, once a person has been infected with Zika, she is likely to be protected from a future Zika infection.

Prins says that in the vast majority of persons infected with the Zika virus, the disease is mild and runs its course within a week or so, and as of this date, no deaths have been directly attributed to Zika infection.

“The overwhelming majority of people will only have one or more of the following symptoms: fever, a generalized rash, conjunctivitis, joint and muscle pain and possibly headache,” she says. “Virtually all will recover quickly.”

So far, 78 cases of Zika have been diagnosed in out-of-country travelers in Florida. However, Prins says it is “highly likely” we will see local transmissions occur here in much the same way chikungunya and dengue fever have spread. Once an infected person is bitten by a mosquito, the mosquito population becomes infected and begins to locally spread the disease among humans.

Prins says that to control the spread of the Zika virus we must do two things: control the mosquito population and protect ourselves from mosquito bites.

“What makes the Aedes aegypti mosquito unique is that its eggs can survive for at least two months without contact with water,” Prins says. “The female mosquito lays them right at the waterline in indoor or outdoor water-filled containers, and if the water dries up, the egg can remain stuck there until it rains and the water covers them. They then hatch into larvae. This is why it is important not only to empty any container that might hold rainwater but to also thoroughly scrub the container to destroy any eggs that might be left.”

So far there is no cure for or vaccine against a Zika infection.

“We are still several years away from the point of distribution of a vaccine for Zika,” says Prins. “Once the proposed vaccine reaches clinical trials, it still takes two or three years to determine efficacy and both short- and long-term safety. It does help that we have a vaccine for yellow fever, which is quite similar to Zika, but it will still be a while before we have the finished product. In the meantime, the best defense against a Zika infection is to avoid mosquito bites.”

Meanwhile, the CDC has warned pregnant women at any stage of pregnancy or women trying to become pregnant not to travel to any country where transmission is ongoing.

Be aware that A. aegypti mosquitoes bite primarily at dawn and dusk but can bite any time of day.

Empty and scrub any water-filled containers.

Drain standing water inside or outside your home.