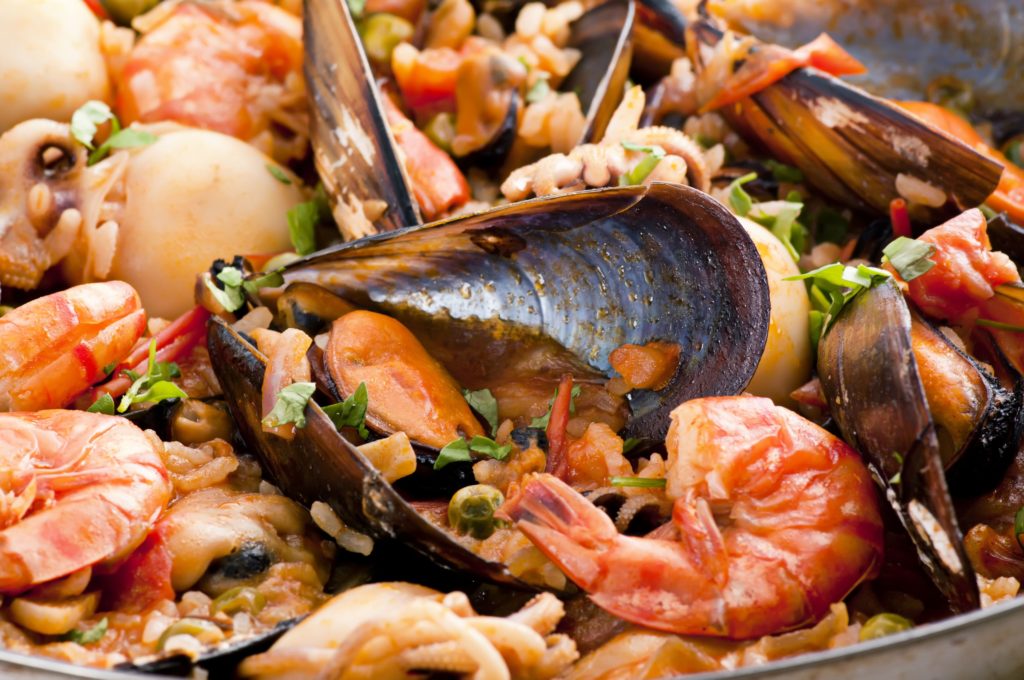 Following the success of the inaugural year of the Ocala Culinary Festival, it’s now time for a fall celebration to debut the upcoming 2018 festival. With experience building Ocala’s first culinary festival, Jennifer Murty and Elodie Perron, along with a supportive and resourceful board, have been set up for success this time around.

“Frankly, building a five-day festival from the ground up last year often felt like fighting an uphill battle because we had to educate so many people about what a culinary festival entailed,” says Jennifer. “This year, we just point to the pictures and video of last year and ask, ‘Do you want to join us?’”

La Noche en Broadway, which means ‘A Night on Broadway,’ is a preview of what the Ocala Culinary Festival can bring together in both taste and community. The sounds and tastes of Spain will transform a stretch of Southeast Broadway Street from Southeast Magnolia Extension to Southwest First Avenue for one October night. This culinary experience will resemble a traditional Spanish street party with flamenco-style dance and music filling the outdoor space and tapas and wines from various regions of Spain.

“We wanted an event name that communicated a Spanish theme,” says Elodie. “This event will be an elegant street party, and the setting will be influenced by Férias held in Spain.”

The event’s sponsor, FMC Wealth Management Group, is a big supporter of this community, and Branch Manager & Founding Partner Jay Fratello attended the James Beard Foundation dinner during the first Ocala Culinary Festival. He saw how the festival brought the community together, and, besides having the company’s name associated with this year’s festival, he is especially looking forward to the different events and locations.

“It’s something exciting in Ocala that can be built upon in the future,” Jay says. 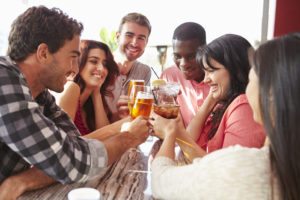 Guests will experience a night of culinary expertise, while also supporting the Marion Cultural Alliance—the arts organization that has partnered with the festival for the official poster contest. The winning artist, Nancy Wright, was announced in August, and her final artwork will be unveiled for the first time at La Noche en Broadway. Guests will be able to purchase poster prints from the Marion Cultural Alliance and have them signed by her.

A few of the event’s participating chefs spent time in Spain to learn about and experience authentic cuisine from various regions of the country, while the other chefs put in significant research in order to bring their best interpretations to the table. With a ticket, guests will enjoy tasting Spain’s well-known dishes and various takes on others.

Throughout the evening, three dancers from Siempre Flamenco Company will perform different styles of flamenco dance to live music. Celia and Paco Fonta formed the not-for-profit company in 2002 to bring awareness to flamenco dance and music with the goal to preserve its art and history. Celia has been a professional flamenco dancer for 35 years, and her husband, Paco, is a renowned flamenco guitarist and singer.

Traditionally, flamenco dance is performed to live music as a solo and follows a rhythmic structure that allows dancers and musicians to work together and easily improvise. At La Noche en Broadway, the dancers will perform several different styles of flamenco.

“The audience will be mesmerized by the passion displayed in the performance,” Celia says. “The depth of its human emotion is timeless and crosses all ethnic cultures and experiences.”

In addition to the dance performances, live music and various chef-prepared tapas, guests will have the opportunity to taste wines from different regions of Spain. There will be five different wine stations, and Miguel Torres wines will be featured at the event.

“The Torres family has been making wine in the Penedes region of Spain for over 140 years. That’s five generations of family winemaking,” says Heather McCleaf, a festival board member and wine consultant. “All of their wines are estate-grown, and they are very passionate about sustainability in their winemaking process.”

As a senior sales consultant for Southern Glazer’s Wine & Spirits, Heather chose wines from the Torres family that she has worked with before, ensuring the best and most appropriate palate-pleasers for the Spanish street party.

Tickets for this one-of-a-kind event are limited, as are tickets to the upcoming Ocala Culinary Festival. The festival will take place from April 11-15, and tickets will be available for purchase on November 1. Visit ocalaculinaryfestival.com for more information. Expertly prepared dinners, tastings and cocktails are waiting!