Grilling ribeye steaks and veggies is a specialty—and tradition—for this Ocala veterinarian. 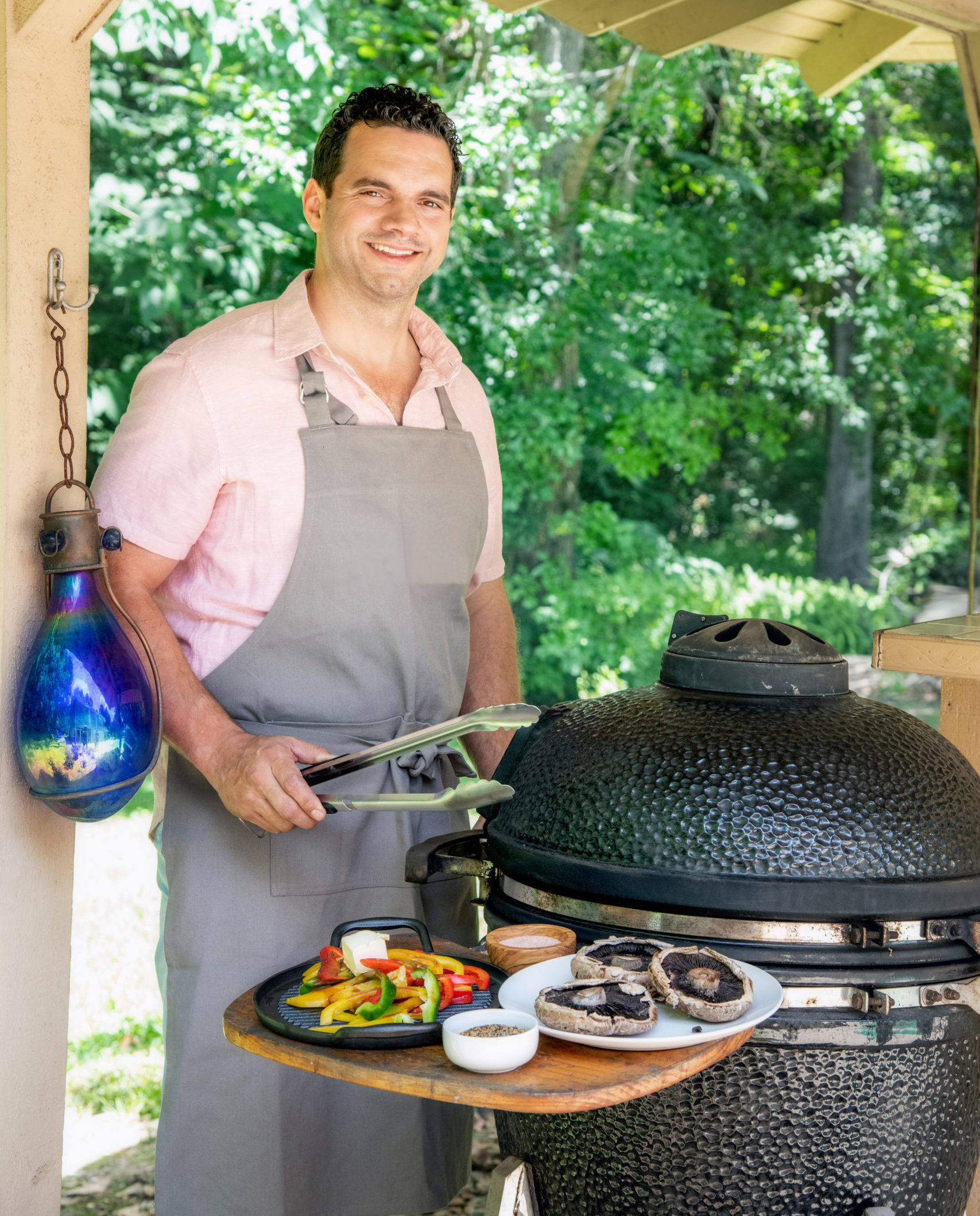 The gorgeous hues of red, yellow and green bell peppers, and the velvety brown of the portabella mushrooms, all awaiting preparation on the wood-topped kitchen island, are the first clue that Dr. Alberto Rullan, DVM, is about to create some menu magic.

But it is when he steps outside and goes to work behind the Big Green Egg grill that you really get a sense that this dude knows what he’s doing when it comes to grilling a perfect steak. After all, when he and some classmates at Pennsylvania State University wanted “to have some fun” while enrolled in a meat science class, they would spend Friday nights mastering how to tell the difference between grades of beef, such as choice and prime.

Rullan was born in Puerto Rico and grew up on a cattle farm. He says he learned most of his cooking skills from his father.

“I was raised in a little town named Adjuntas, in a valley surrounded by majestic mountains,” Rullan shares. “There is one area that, if you are in the bottom and look up, it looks like a person is asleep. My hometown is called the City of the Sleeping Giant.”

He says his family’s farm “had cattle and horses and every animal you could imagine, but there was no veterinarian in town because it is so remote. I got tired or our animals dying without care. I always wanted to save these animals. My dad used to be the quote/unquote caretaker, but he didn’t go to vet school, he just learned it.”

Rullan says when he was 8 years old a driver had an asthma attack and his vehicle ran into his dad, who was on horseback. The crash broke the horse’s leg.

“And that was my favorite horse,” he recalls. “I couldn’t save that horse, so I said I’m not going to let broken-leg horses die anymore.”

At 12, he was “running around with veterinarians in the city, two or three hours away, and one of them took me under his wing and told me, ‘You need to go to Pennsylvania,’ because that’s where the best school is.” 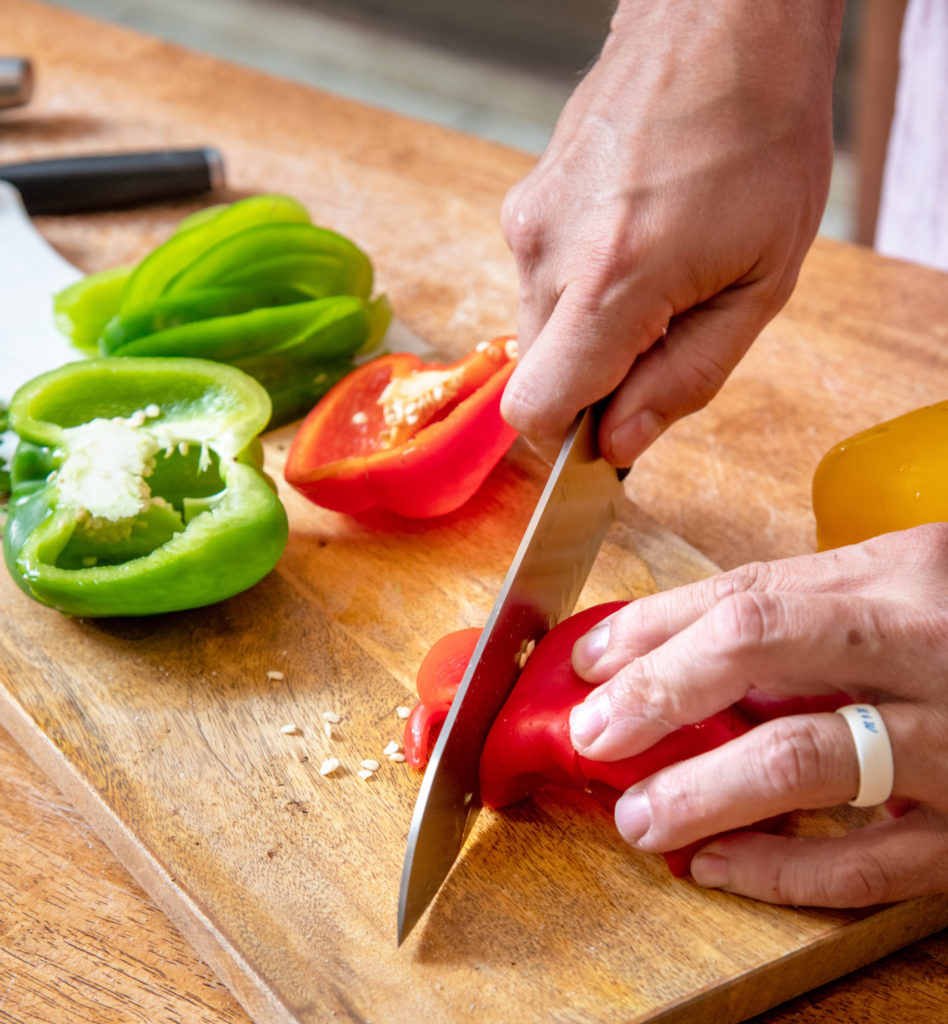 “Alberto’s cooking is one of the reasons I married him,” offers O’Brien. “It is like magic every day he whips up something from nothing in our kitchen. I consider his cooking to be his happy place—stress free and creative.” 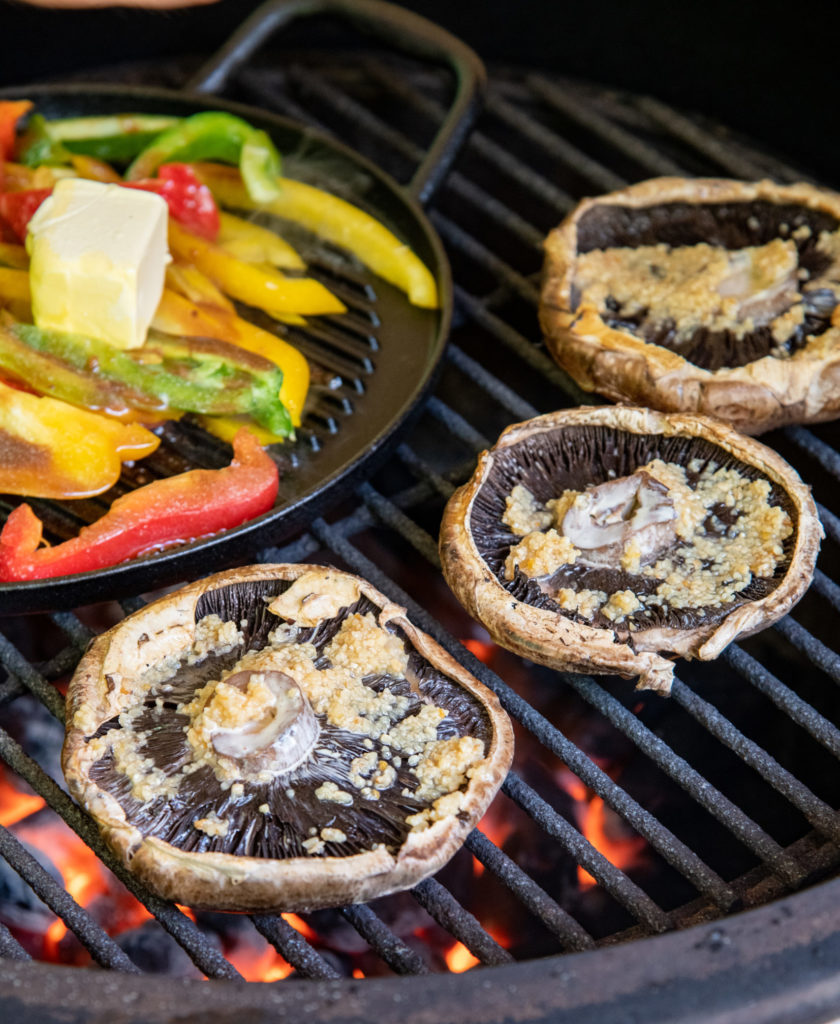 Rullan says his grilled steak and veggie meal is a family favorite, which he cooks every weekend. The meal is so popular, in fact, he cooked it for their wedding reception when he and O’Brien were married in Ocala.

Rullan says that in picking out a good cut of meat, the marbling makes all the difference in texture and flavor.

“When I go to the supermarket, I know which one to pick,” he boasts. “You need perfect mar-bling, or it won’t be as good.”

And if you are standing next to Rullan when he is grilling, all your senses will be on high alert as the veggies char and become tender and the ribeyes sizzle under his watchful eye. 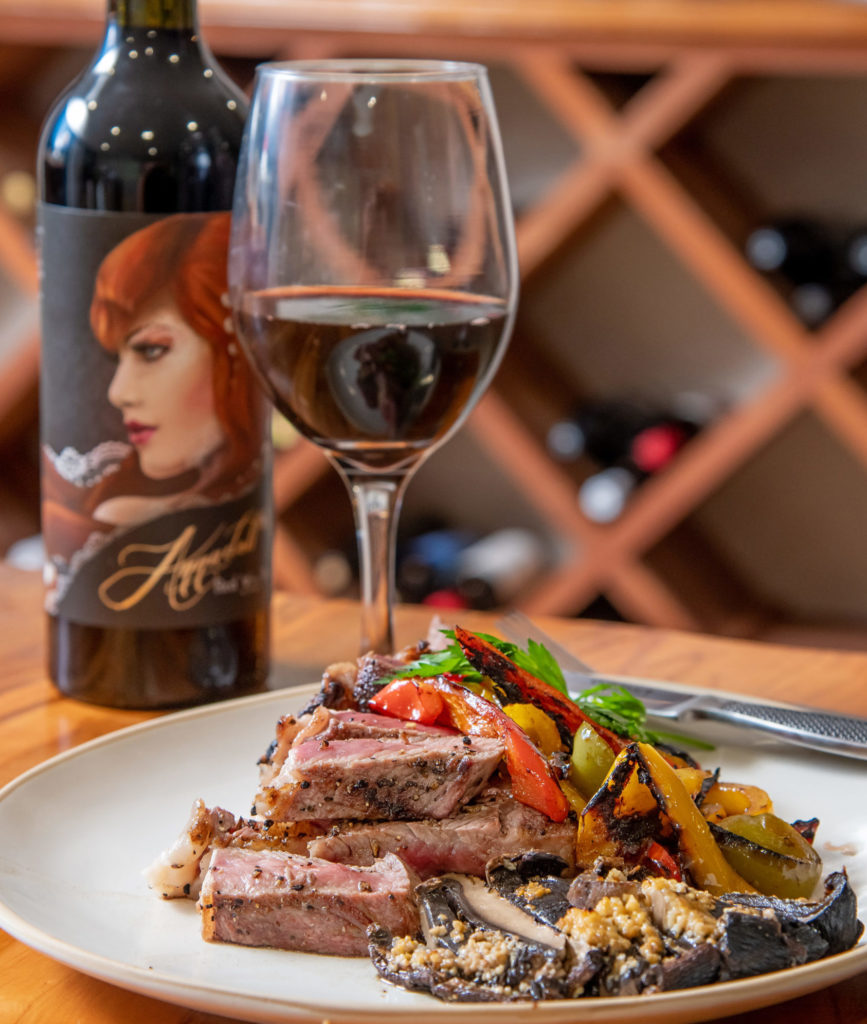 To round out his favorite meal, Rullan likes to serve a bottle of Annadoll Proprietary Red Blend from Katya Vineyards, based in downtown Ocala, and a special guava cake made by his sister-in-law, Carolyn Rullan, the wife of his brother William, which can be ordered by sending a message at fb .com/Caros-Sweet-Tooth.

“This is soooo good,” he says after taking a bite of the cake. “There’s no way this one will make it through the weekend!”  OS

Wash the peppers. > Cut each pepper in half and discard the seeds. > Slice each pepper into strips and place onto a cast iron or other grill-safe cooking container. > Drizzle salad dressing over the peppers and top with a large pat of butter (about two tablespoons). > When ready to cook, put the peppers on the grill first as they need the longest amount of cooking time. > As they cook, stir the peppers occasionally and add more dressing if needed. 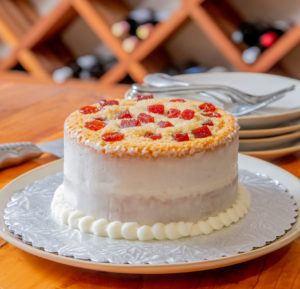 Place the mushrooms stem-side up on the grill. > Sprinkle with pink Himalayan salt. > Spray with cooking spread. > Spoon minced garlic over the surface and spread around. > Grill until tender.

Prepare grill to achieve a high heat. > Sprinkle each steak with pink Himalayan salt and Montreal Steak Seasoning. > Pour a little olive oil over each steak and coat both sides. > Put steaks on grill. > After one minute, flip each steak over. > Cook for one minute, then flip again. > Reduce the heat valve and let the steaks sit for two to four minutes, which should yield a perfect medium rare condition. > Remove the steaks from the grill and serve.