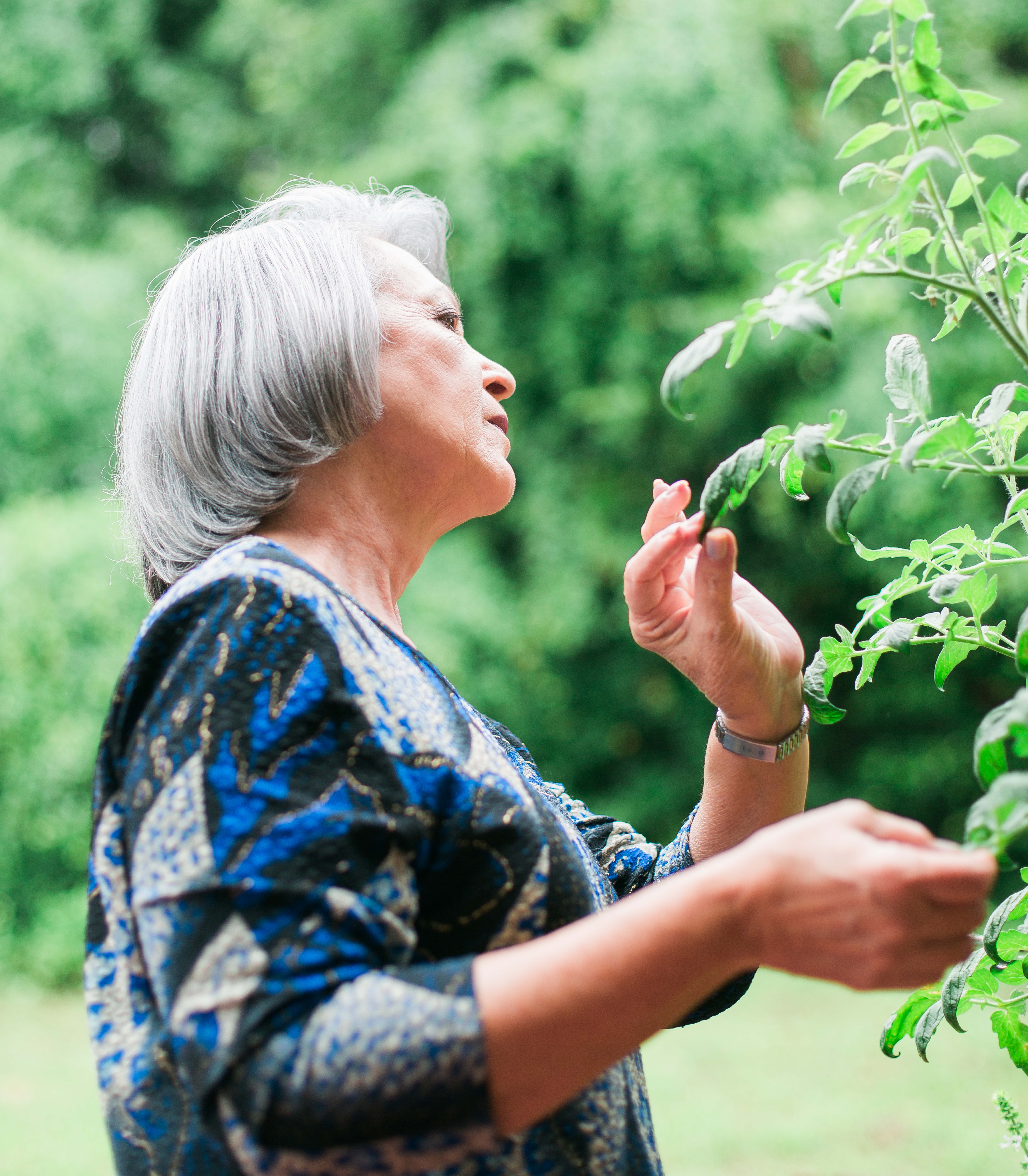 When you step across the threshold into their home, there’s barely time to catch your breath before you’re ushered to Alejandrina and Rafael’s dining table, where an array of delicious-smelling dishes are waiting. Big smiles overcome any language barrier, and a plate is put in front of you as you’re urged to dig in and eat. Extensive conversation isn’t even necessary; the food is the greeting.

This is a Puerto Rican welcome. You’re part of the family now.

Alejandrina Colon and her husband, Rafael Mirabal, relocated to Florida in the wake of Hurricane Maria, with barely anything but the clothes they managed to stash in suitcases on their way off the island. Like thousands of Puerto Ricans, they came to Florida, staying with relatives in the aftermath of the hurricane and figuring out what came next.

With the help of friends and family, they found a place to live, and Rafael almost immediately began looking for work; as a cancer patient in treatment at the time—he is now thankfully in remission—he needed medical care and had left his doctors back in Puerto Rico.

“We didn’t come here to sit at the airport in Orlando and wait for help,” he says firmly. “That’s not my style, because my father showed me since we were little boys, to work. Sweat for what you need.”

A veteran himself, he first volunteered with Veterans Helping Veterans and later became an employee. Alejandrina is also a volunteer there, in charge of organizing and maintaining the inventory of supplies. The work gave them a sense of place and a bit of breathing room after so much upheaval and uncertainty in the aftermath of the hurricane. But they missed Puerto Rico, too. So they cooked.

“Puerto Rican cooking isn’t quite as spicy as Caribbean,” explains Alejandrina, who almost always has a fragrant pot of beans or rice steaming on her cooktop. “It’s comfort food. We have some spicy dishes, but most of it is just plain good food.”

Having been discovered by Columbus and later Ponce de Leon, the island’s food culture is largely based on Spanish influences, but there’s also a hearty mix of Caribbean, Creole, American and even Brazilian flavors. It’s a warm, welcoming explosion of flavors and textures that joyfully embraces the shared heritage of the small American island.

“That’s what makes it special for me; the mix of so many cultures,” Rafael says. “We’re our own melting pot.”

Sit down at a Puerto Rican table, and you’ll find plantains, beans, pork, beef, chicken and fresh vegetables laid out in separate bowls, so that each diner can mix and match to their preference. Fresh herbs are an important part of Puerto Rican cuisine as well; Rafael purchased plant pots from Home Depot so that they could start their own herb and vegetable garden. Now it’s overflowing with lush rosemary, sage, basil and mint, plus fresh tomatoes and small potatoes.

They chose to highlight their Arroz con Pollo (Chicken with Rice) recipe after reading in last month’s In The Kitchen With Casey Turner that he found cooking rice a challenge.

“The base of Puerto Rican cooking is rice,” Rafael chuckles. “Our base is from Spain, so that’s why we know how to make it; we eat it with almost every meal. So we chose this recipe to show a way to do it that’s really simple.”

They agree with Casey that rice can be difficult, because there’s a technique to it. But once you get it down, it’s much less intimidating.

“The real secret is the pot. If you make it in a good pot, it makes everything easier,” Alejandrina insists. She recommends a copper bottom that distributes the heat evenly and emphasizes an important point: “Don’t stir the rice. Leave it alone; it can take care of itself.” 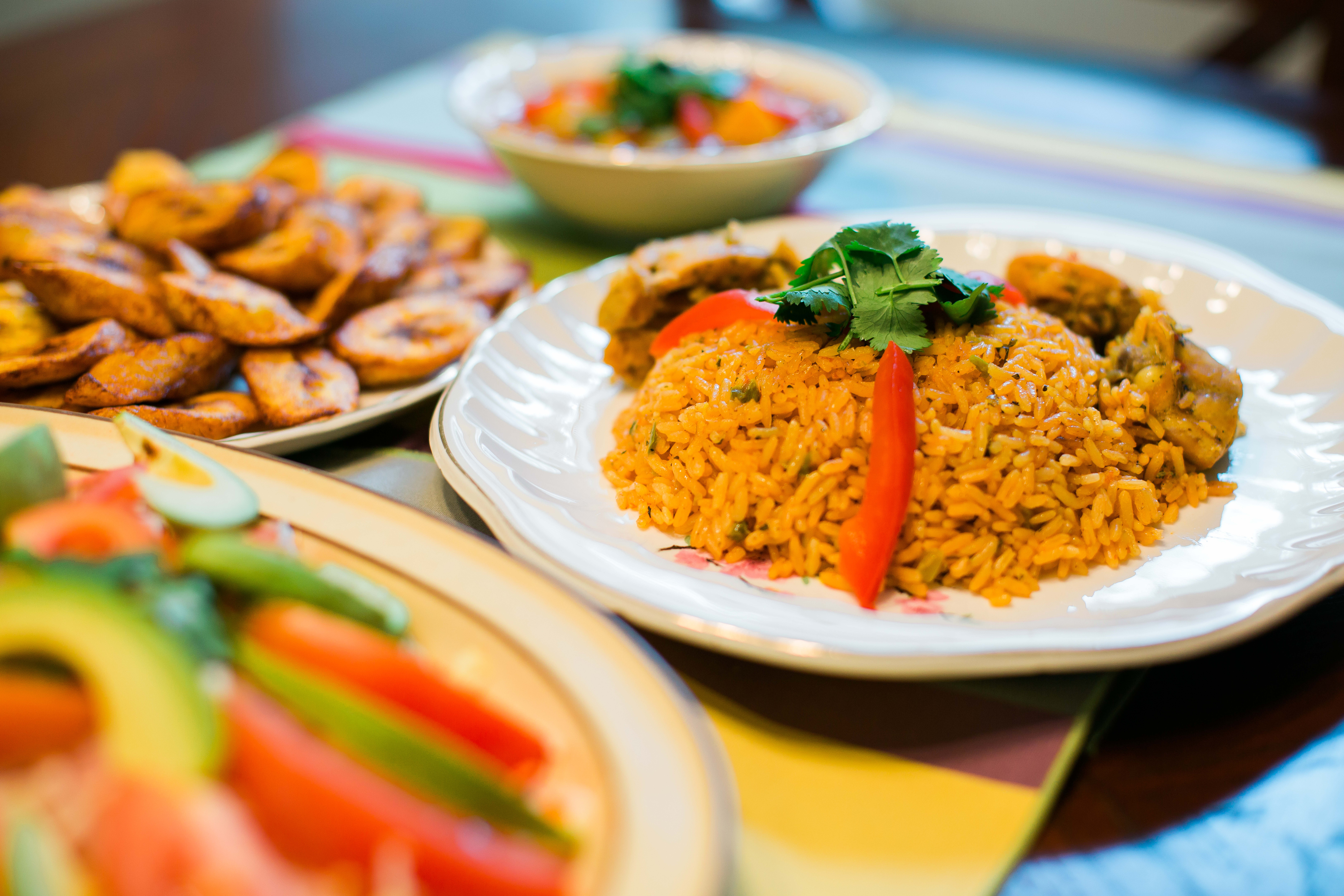 Click here for a PDF you can print and save.

Marinate the chicken for 1-2 hours with salt, pepper, garlic, onion, bay leaves, vinegar and oil. › Heat olive oil in skillet over medium heat. › Add chicken, and cover tightly. › Sauté 5-10 minutes until no pink remains and chicken juices run clear. › Remove chicken from skillet. › In the same skillet, sauté the ingredients of the sofrito for 5 to 10 minutes. › Add the tomato paste, and sauté for 3 to 5 more minutes. › Add the water, the Goya seasoning packet and salt. › Once boiling, add chicken and rice. › Let cook uncovered over medium heat for 5 to 10 minutes. › Once the liquid has been absorbed, move rice from sides of pan to the center, forming a mound of rice. › Lower the heat to medium-low, cover and cook, undisturbed, for a maximum of 20 minutes. › Stir, and let rest for 5 minutes before serving.