Chopping vegetables, clad in an apron made of upcycled firefighter gear, this dedicated dad is serving up one hot dish.

Anthony Ortiz is a family man who knows his way around a kitchen. He handles a chef’s knife like a boss—even if he doesn’t always slice the onions quite thin enough for his wife’s taste. But, most likely, when you go in the kitchen with him, you’re really going in the kitchen with Anthony plus his wife Olivia and 9-year-old daughter Giada. Expect plenty of chatter and laughter, with the Kidz Bop versions of his favorite 1990s rap music playing in the background. Eleven-year-old Roman might not enjoy helping in the kitchen as much as his little sister, but don’t worry, he’ll be at the table when the whole family sits down to eat. 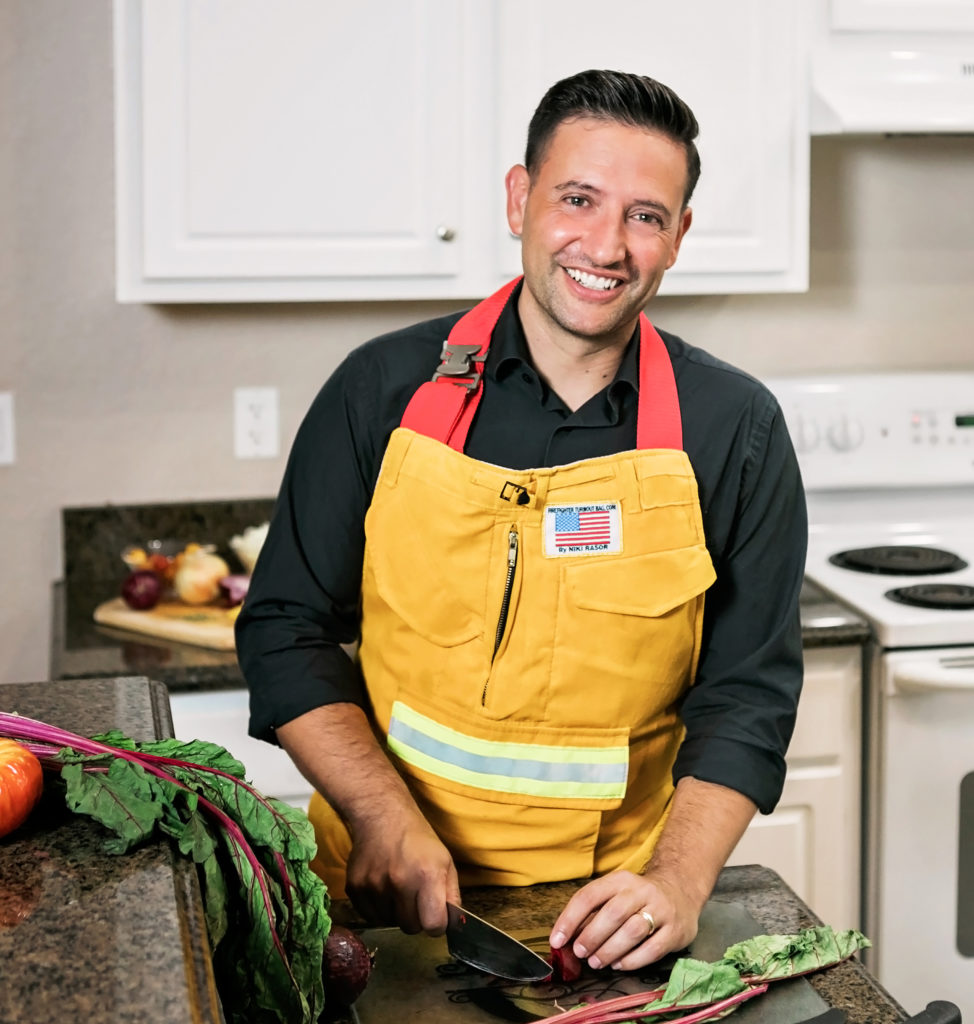 “We try to do family dinners at much as possible,” Ortiz says. “When Dad’s in charge, most of my cooking is pretty simple. Easy cleanup. If we do any grilling or proteins, I’m usually the one who whips that up.”

“I did a lot of food preparation at Chili’s and the chefs there would teach you how to hold the knife,” he explains.

Knowing a little something about cooking would prove to be useful as he went on to Florida State Fire College and then found himself cooking for the other firefighters at the station when he went to work for Ocala Fire Rescue (OFR). But food prep skills and spending money were not the biggest rewards to come out of that busboy job.

“Back then, Chili’s had those crayons in the wooden crayon holders,” he recalls. “Part of the busboy’s job was to bring those crayons back after the customers left…”

He would bring the crayons back to the restaurant’s hostess, the lovely Olivia Mercado.

“We got to spend a lot of time together,” Ortiz remembers. “And then we ended up going to the same youth group together at Meadowbrook (Church).”

The rest, as they say, is history. Twenty-two years later, the couple is getting ready to celebrate their 20th wedding anniversary.

“Sometimes I’m her sous chef,” he says. “We work together pretty good as a team.”

He has fond memories of calling her from the fire station to get help with a recipe. But, he says jokingly, with a wink to his wife, “Even if I’m cooking, she’s supervising.” 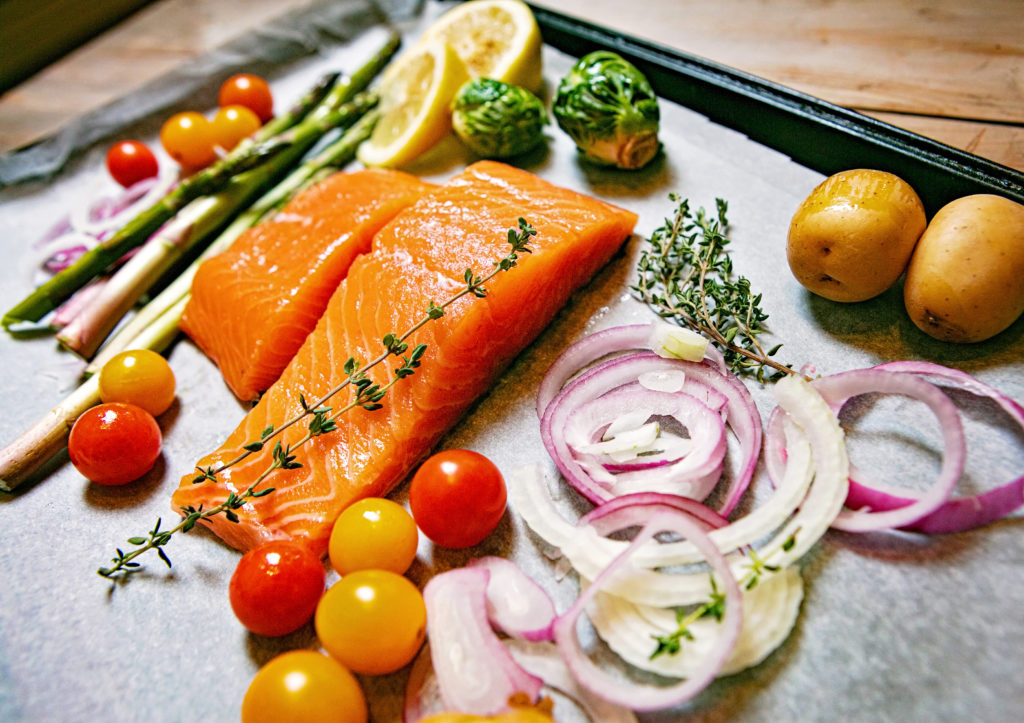 Being able to cook family dinners is a luxury Ortiz didn’t always have as a firefighter working 24-hour shifts. Now, as a captain in OFR’s Fire Prevention Division, he’s home every night. One of his go-to dishes for a quick, easy and healthy dinner is One Pan Salmon, which he serves with his secret ingredient—locally made Barbacuban 455 BBQ Sauce. The only part that can be tricky, he says, is cutting the vegetables uniformly so they cook evenly in the oven—and so they meet Olivia’s high standards.

“I want them (the onions) so finely sliced you can read a newspaper through them,” she admits with a laugh.

The salmon dish fits into Ortiz’s keto diet, which, he says, makes a noticeable difference in his daily run.

“We’re not big junk food kind of people,” he shares. “We usually eat pretty healthy. Every little bit of weight, when you’re running consistently, you can feel it.”

He ran cross country at Belleview High School, and Ortiz has been better than most of us at keeping up with it. His daily routine is to get in a run right after work, before cooking dinner. Ortiz has run every day for more than 3 1/2 years without missing even a single day. In July, he passed the 1,300-day mark.

So be sure to smile and wave if you see him jog by. Just don’t call this dedicated dad at 6pm on a weeknight. That’s family dinner time.

“I like sitting down together to eat it better than the cooking part of it,” he admits. “It’s definitely the payoff. Everybody sits down, you get something to eat together. And we know we made it.” 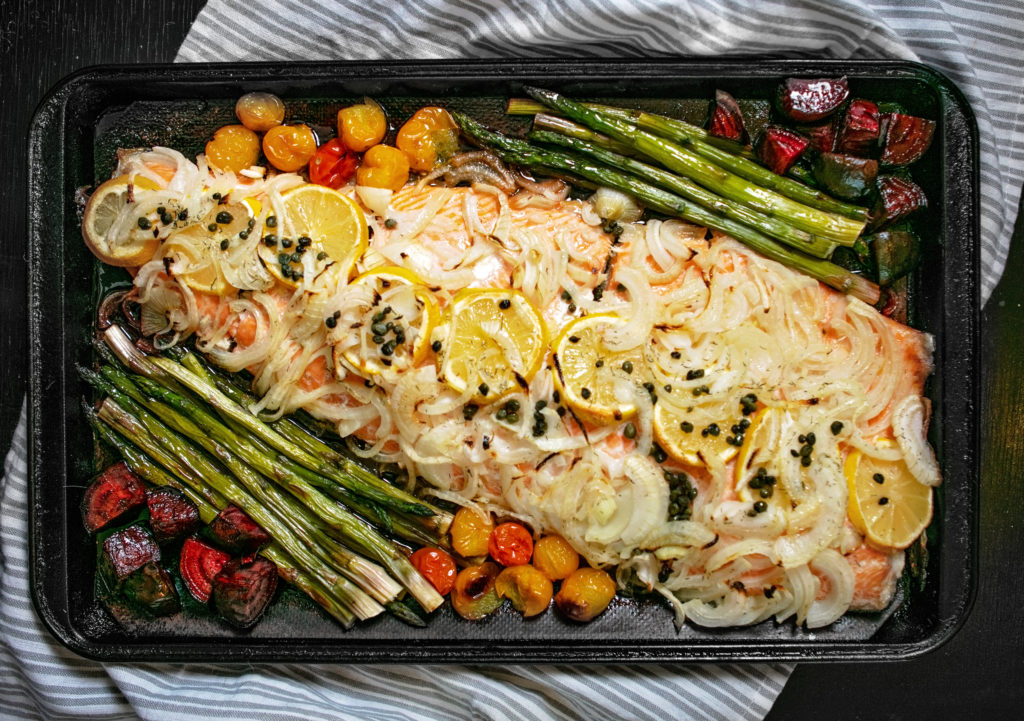 Place salmon fillet skin down on a baking sheet. › Arrange asparagus, beet, Brussels sprouts and cherry tomatoes around salmon. › Place pats of butter down the middle of the salmon. › Layer lemon slices, onion slices and a sprinkle of capers on top of salmon. › Drizzle entire pan liberally with olive oil. › Sprinkle with Himalayan sea salt. › Bake at 400 degrees for 15 minutes or until onions begin to brown, being careful not to overcook. › Serve with Barbacuban 455 BBQ Sauce on the side for dipping. 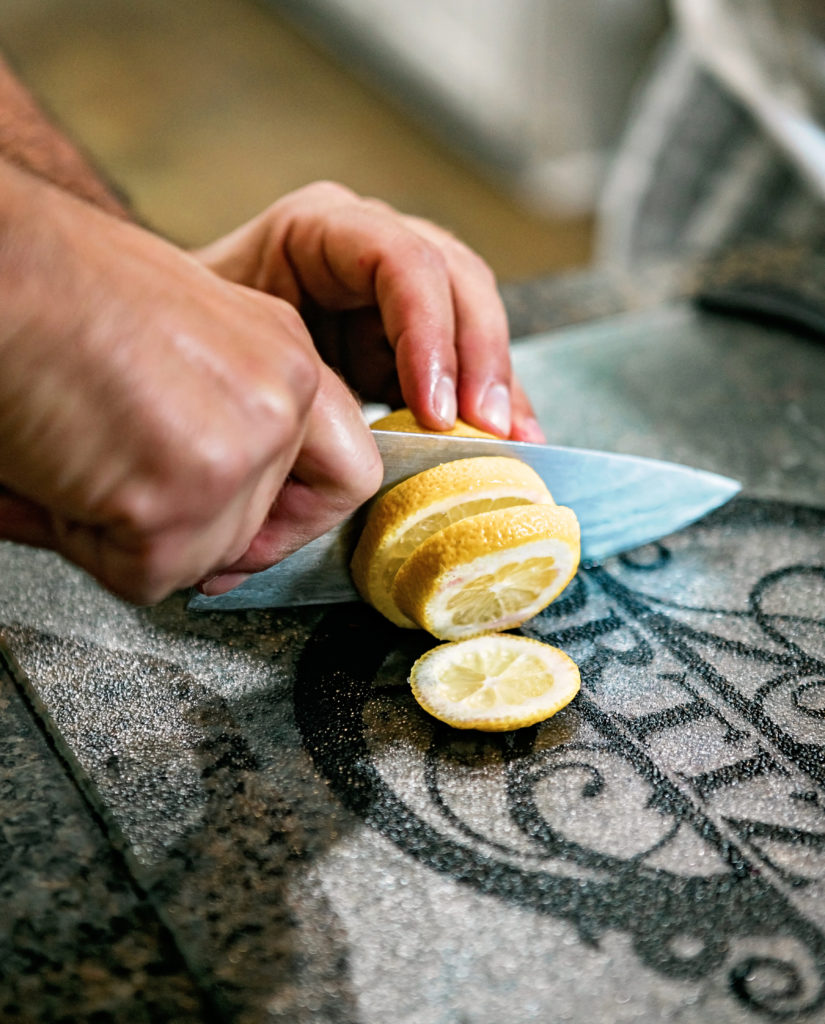 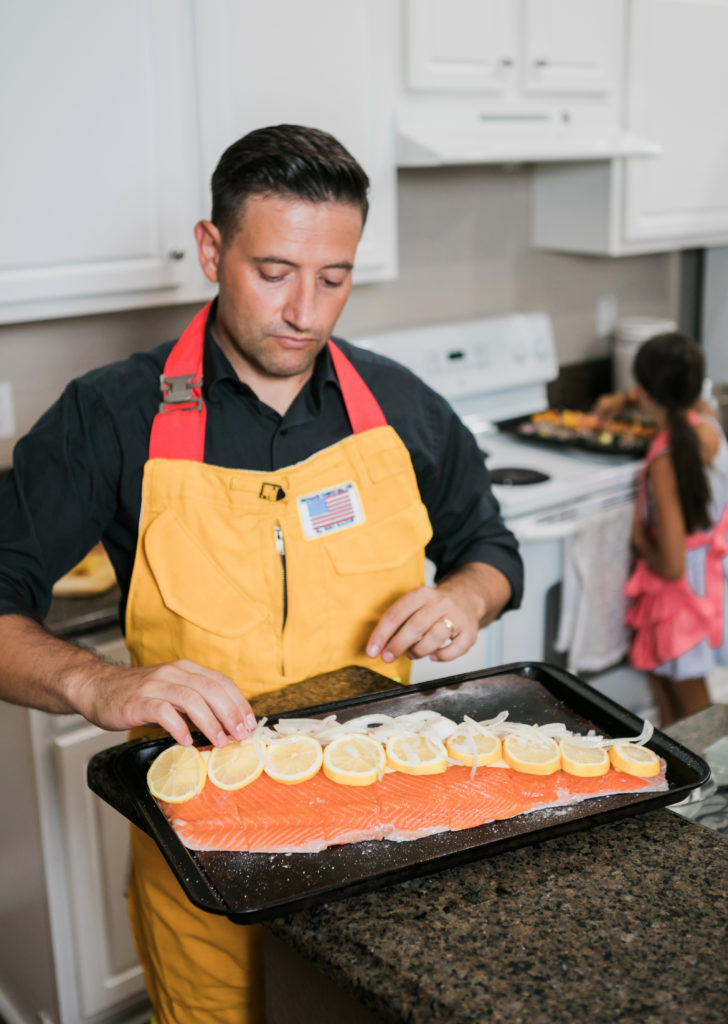