As a practicing physician, Casey Turner is passionate about good food made with simple, uncomplicated ingredients. Growing up in Virginia, he learned the basic foundations of cooking from his mother.

“It was super important to her that all her kids knew how to take care of themselves—that we knew how to cook for ourselves and for the family,” he says. 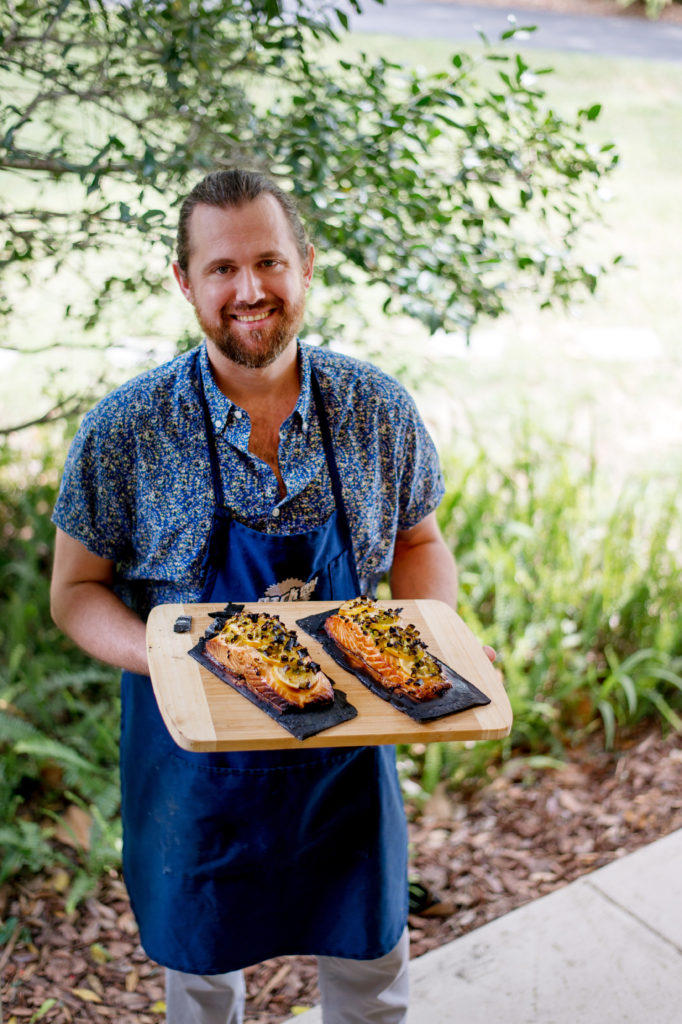 His mother made everything from scratch for her six children, and just watching her work in the kitchen was a valuable experience. Those early lessons formed his motivation to be a good cook and established a genuine respect for food—how it’s produced and how to prepare it so the body can get the most benefit.

“I learned a lot of basic concepts that became very intuitive—how to work on a stovetop, how to bake things and make them fluffy, how to make rice without burning it,” he explains, wryly noting that rice can be a cantankerous dish.

“I wish I could say that cooking rice is easy and even a baby could do it. But we who have tried it know that’s not true.”

Harvesting fruits and berries for canning is a fond memory; Casey grew up in a world where his mother stocked things for a rainy day, and he could have blueberries or peaches in the dead of winter when nothing was growing. It was all about saving and using every resource to create good food.

Bacon fat was another savvy ingredient his mom always had on hand—it’s great for frying, tastes good and is free. You just cook the bacon, save the grease in a jar and put it in the pantry.

Some might be surprised to hear a doctor enthusiastically embrace also using butter, but he’s a firm advocate of whole, grass-fed butter in cooking.  The issue, he says, isn’t the butter itself; it’s how hot it gets in the cooking process. If you burn it, it loses all the healthy fat the body needs.

“It’s denatured, and your body can’t even digest it,” he explains. “It can absorb it but can’t do anything with it except line the arteries,” he warns. “I don’t tell people to avoid butter. I tell people to not burn fat on the frying pan.”

And although butter is perfectly OK when used properly, he says he absolutely doesn’t use margarine.

“The FDA has come around and said it’s literally a poison and hastens your cardiovascular demise,” Casey says. “And it doesn’t taste that good, either.”

With his cherished cast iron skillet, creativity and love of experimentation, he relishes the challenge of finding great dishes his family can enjoy without regrets.  Because he’s lactose intolerant and his wife can’t eat gluten, fish is a staple on the menu. His cedar plank salmon is a favorite in the house—an easy recipe he uses often. The cedar plank, he says, brings out a hearty smoked flavor to the fish without drying it. Plus, it’s a visually stunning dish that went over well, even at Thanksgiving.

“When I was thinking about what to do for this article, my wife said, “You’ve got to do this one!” he laughs. “It’s a fun recipe. I hope people enjoy it.” 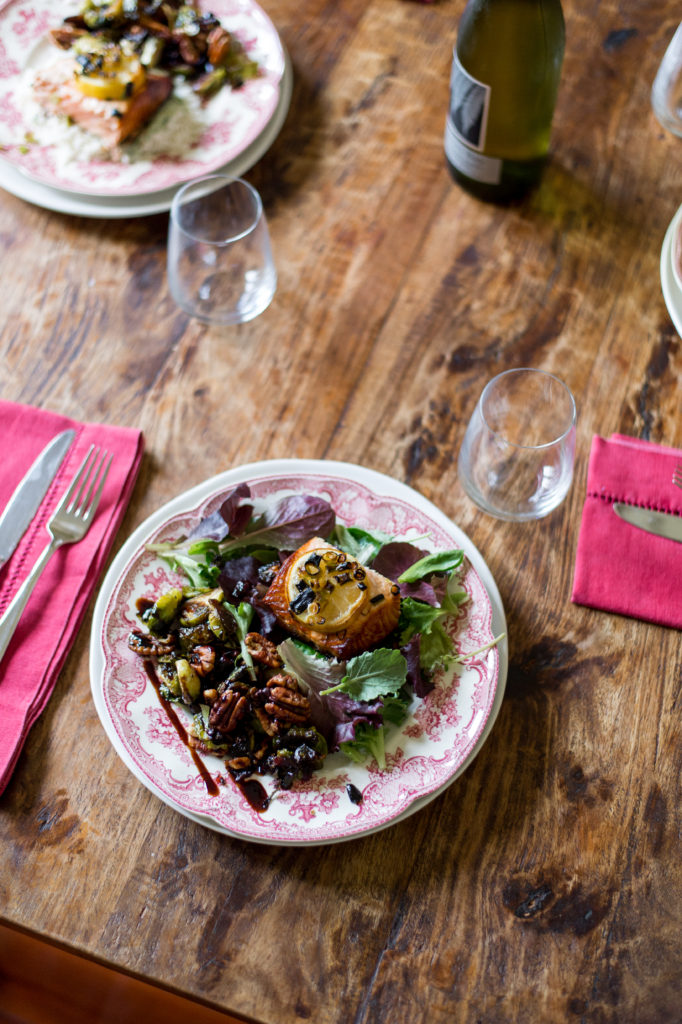 Soak your cedar plank as soon as possible before cooking—at least one hour. If you can soak it for days beforehand, it might not burn up on the grill. (If it does burn up, it smells delicious and infuses even more smoky flavor into the fish.) › Lightly coat the salmon in olive oil and place on soaked plank. Grind salt and pepper over top. › Place lemon slices along fillet, and add a pat of butter onto each lemon. › Pile the diced green onions on top of this. › Grill on high and then high/medium heat for about 10-12 minutes. Do not flip the fish. It will get smoky, and the wood might catch on fire. (If you have a water spritzer you can use it to keep that down a little bit, but honestly, I just let the wood burn.) › Once cooked through, remove the fish from the grill, and serve with your favorite vegetables or side.

* Casey says to get the perfect grilled salmon, you should be slightly worried that the fish is undercooked when you take it off. If you are sure it’s done, then you’ve probably dried it out.

Preheat oven to 350°F › Cut the bottoms off the sprouts, cut in half and collect in a large bowl to toss everything together later. › Add cranberries and nuts. › Shake on paprika generously. › Shake on cinnamon sparingly. › Grind salt and pepper moderately. › Put a good bit of olive oil and nice dollop of coconut oil, and toss everything together. › Spread out on a foil-lined baking sheet that is large enough to hold everything without overlapping sprouts. › Drizzle molasses over your mess “like Scrooge giving out money at Christmas.” › Drizzle maple syrup sparingly. › Place the sprouts in the oven for 30 minutes. › When time is up, switch oven to broil and watch it like a hawk until you see nice brown edges on the sprouts. ›Transfer the sprouts to your bowl or plate, and lightly drizzle balsamic glaze Jackson Pollack-style.

* Casey says “This should really be the very last thing you do to the plate after rice and fish are on it as well.”

My favorite kind of rice is white basmati rice. I have the best luck with it and I love the long grains and the flavor. All I do is follow the directions on the package. The most common mistakes I have noticed are: not measuring the rice and water accurately, not using a lid that fits the pot, not turning the heat low enough after the boiling phase, and worrying it’s not cooking and repeatedly opening the pot and letting the steam out. Also, when it says that adding the salt and butter to the water is optional, it’s not. The salt and butter dramatically change the boiling properties of the water and the absorption properties of the rice.

Casey notes to pay close attention to the prepping of the ingredients to make this dish successful. Also, if you make this sauce the day before, the flavors will marry well and the garlic will mellow a bit, but it’s just as great fresh.

For the garlic I use one of those shredders that’s really for Parmesan cheese, much more flavor availability than mincing. › For the cucumber, the shredding is way easier if you use a food processor. › After shredding, use a clean lightweight cloth or some paper towels and press the moisture out of the shreds. I did not peel, but to each their own. › I use the lever-style press to squeeze the lemon straight in the mix, but you can use what you have, or just crush it in your hand. Use about 2-3 tablespoons. › Fresh is the key for the dill. Just separate the leaves from the stalks, and compress the leaves together and mince right through them. › Mix everything together and add some salt to taste.