From the masterwork to the mundane, Cindi Morrison is surrounded by the breadcrumbs of history. The stone pitcher is as beguiling as the gold-worked icon, and ordinary utensils of everyday life are echoes of the familiar; links between now and a thousand years ago. The shared experience of food, she says, is a universal bond that ties people, cultures and even centuries together. 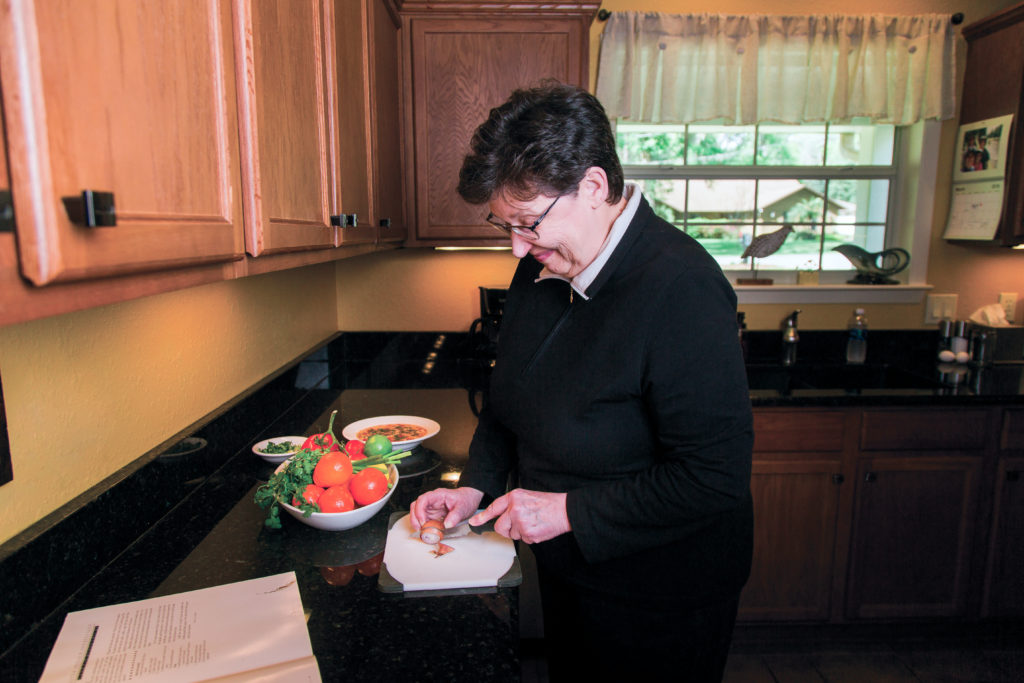 “It’s almost like making art,” she says. As a historian, Cindi is intrigued by the global influence and diversity of food. While a gallery director at Penn State, it became a vital necessity. There, she says wryly, she struggled with a lack of culinary diversity.

“They have more pizza places there per capita than any other place in the world. They called it ‘Happy Valley.’”

Two things saved her from the gastronomic wasteland of pizza purgatory: her Indian neighbors, who cooked delicious, savory meals with aromatic spices; and the Thai wife of one of her professors, who offered cooking lessons to the students.

At first, the potent food was a shock, and the challenge of learning the complicated dishes over a seven-week period was daunting. But the yawning abyss of Happy Valley loomed as the only alternative.

Once a week, students cooked a full meal, then shared it at the end of the lesson.

“She would talk about the herbs and everything they use and how to actually pronounce them.” It was the first time she used a mortar and pestle—a tool Cindi thoroughly enjoyed as a stress reliever.

“You get to hit something, and it doesn’t hit back,” she chuckles.

Each student received copies of the recipes, which she still has—spattered and faded from use but much cherished mementos of an amazing teacher and time. “That’s something I’ll never forget. We were in awe of her.”

“If you want to know about a culture or a country, eat the food,” Cindi says. Her sister lived in England, so Cindi, along with her mother or aunt, would visit. “From there we went to France or to Germany or to Amsterdam.”

One of their most memorable excursions was in China, where they cruised on the Yangtze River and stopped at private homes to eat meals specially prepared by local residents.

“The food changed, depending on what section of China we were in,” she recalls.

Cindi and her sister had to be careful; some foods are dicey if you didn’t grow up eating them. For example: “A pepper in China can be different from a pepper in Tibet that’s 10 times hotter.”

She recalls a native Tibetan dousing his food liberally with a hot pepper sauce and digging in with uninhibited relish. 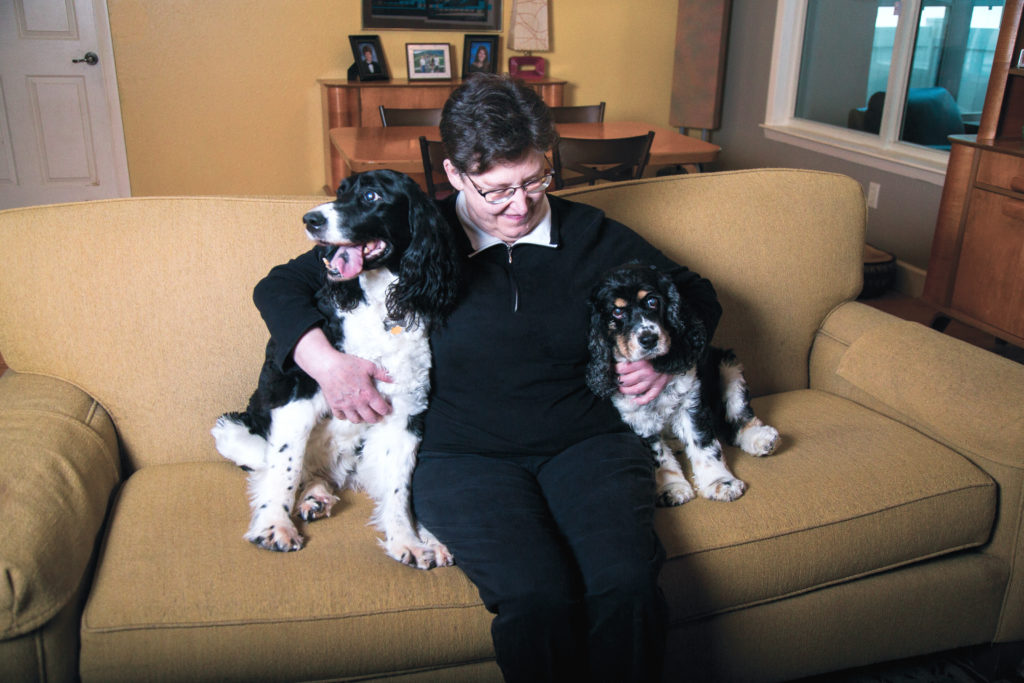 “My sister and I tried just a little bit and thought our heads were going to explode. It was an interesting lesson.”

Food and sharing meals are intrinsic parts of cultural identity. We identify with certain foods from home: the escargot of France, fresh Naan bread in India, succulent stuffed grapes heaping Greek tables and that hot sauce in Tibet. Traveling and eating the regional cuisine enriched Cindi’s appreciation as a historian. She vividly recalls a meal in Baltimore.

The group was flummoxed.

With help from highly amused waiters clearly enjoying the fun, they learned that the bread was both plate and utensil.

“You’d break off a piece of bread and sort of dip it into the mound of food. It was delicious. You just ate until you got to the middle.” It was one of the best meals of her life.

“It was like an event. By the end, we were totally into it.”

Cindi’s love of bold tastes and cooking is reflected in her own kitchen, which is stocked with cumin, coriander, masala, hoisin, plum sauce, oyster sauce, chili pepper paste, tamarind, garlic and ginger. Chicken broth and stock are essential, particularly for her egg drop tomato soup, which she counts as a favorite on chilly days.

It’s almost time for another trip with her sister, and Cindi is excited by a new idea.

“I’m trying to convince her it should be a cooking trip, where we actually cook with the people of that region.”

If they avoid another incident like the Tibetan hot sauce, they should have a great time. 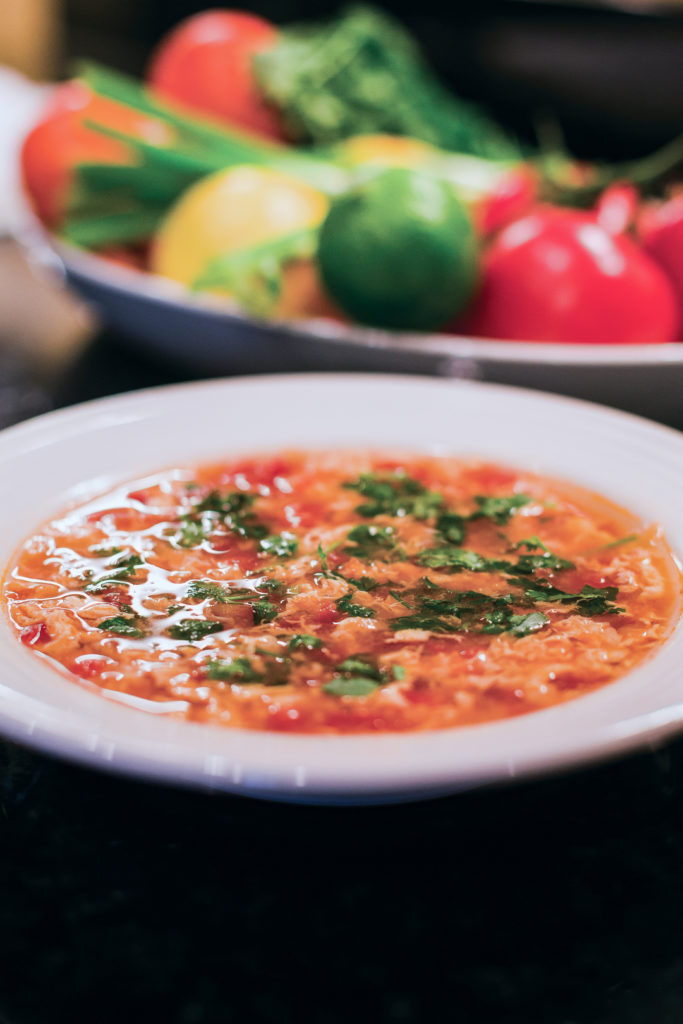 If using dried lime leaves and galangal, soak in hot water for 30 minutes and drain.

Heat oil in a 3-quart saucepan over moderate heat. › Add shallots and sauté until fragrant. › Add tomatoes and sugar, cook for 5 minutes or until tomatoes are very soft. › Add chicken broth and bring to a boil over high heat. › Stir in lime leaves, galangal, salt and fish sauce. › Reduce heat and cover; let broth simmer for 30 minutes.

Remove and discard lime leaves and galangal. › Bring soup back to a boil; while actively boiling, pour eggs in a thin slow stream and stir gently for 30 seconds. › Add scallion and coriander. › Transfer soup to a heated tureen. › Sprinkle with freshly ground pepper and serve hot.