Ocala Style photographer Dave Miller is a foodie who loves experimenting in the kitchen, which also provides him some special time with his youngest daughter.

It was near the end of April and we were all growing restless after more than a month of pandemic distancing restrictions. The hashtag #quarantinedinner had tens of thousands of posts on Instagram—people were cooking at home more and were sharing their food pics with the world.

Photographer Dave Miller was inspired by the photos he was seeing online and decided to try a new recipe—homemade pasta, from scratch. 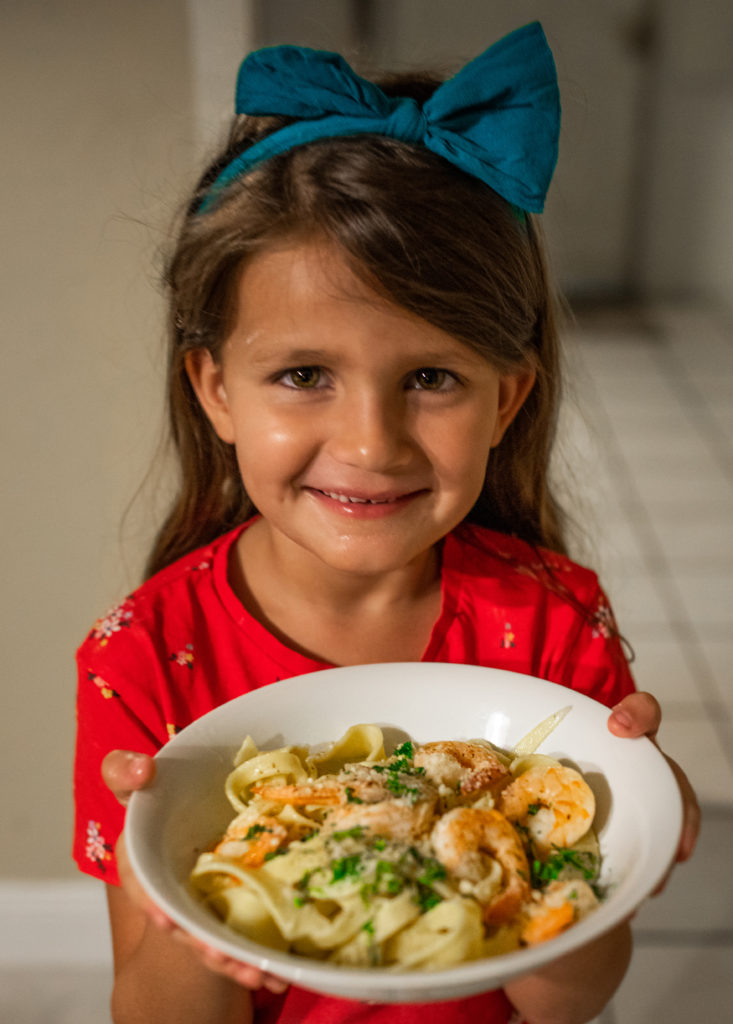 “I’d seen all these people making all these delicious quarantine dinners,” he remembers. “I didn’t think it was going to get as much attention as it did,” he says of his Facebook post. His photos quickly started racking up the likes, and while he had some good shots, a big part of their appeal was the story of how he wound up in the kitchen with his 7-year-old daughter and kitchen sidekick, Mila.

“I thought this would be a fun time to try to make pasta,” says Miller, who developed an appreciation for “all types of cuisine” during some early globetrotting, first as a military kid and then during his five years of active duty with the U.S. Army.

“I grew up in the TV dinner generation,” he admits. “Both my parents were in the military so there wasn’t much home cooking. But because of my traveling the world, I got really inspired by food. I love food. It’s one of my biggest passions in life. I’m always trying new things. I actually enjoy my time in the kitchen, so if I see something that inspires me, I’m not afraid to try to go make it on my own to see if I can put my own spin on it.”

Mila is just as fearless in the kitchen. Miller says his older daughter Lina and son Cameron “run and hide from the kitchen and just show up for dinnertime,” but Mila is always up for a culinary adventure. He relays the story of that first foray into pasta-making, a spontaneous weekday dinner endeavor.

“I pull into the driveway,” he wrote in his post. “Mila is standing there with her jump rope in tow, waiting on me to get home. I open the car door, lean my head out and say ‘Hey, you want to help make dinner?’ Jump rope hits the ground and she jumps up and down. ‘Yesss!’” he recalls she replied excitedly.

“She ended up making the majority of the food on her own,” Miller offers. “I helped out where she needed help, like cutting the pasta, stuff like that. She did most of it on her own.”

Following a recipe they found online, the two constructed a “nest” of dough and Mila carefully poured in the eggs. That’s when hilarity ensued. 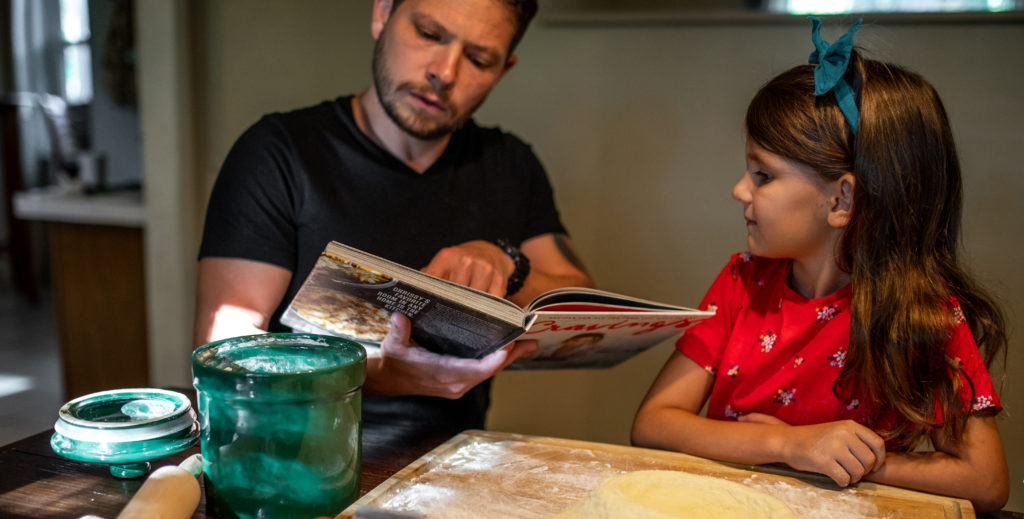 “I was so busy trying to take pictures that we didn’t even notice the egg was overflowing the edges, so we both tried to use our hands to hold it in and then the whole nest breaks open and there’s egg everywhere,” he remembers, laughing. “Our hands were super sticky. She finally got her hands clean and we couldn’t get it off mine so she was scraping the dough off my hands with a plastic knife.”

They unanimously declared their first-ever batch of pasta “delicious.” They served it with a butter sauce and shrimp. They even managed to have dinner ready for Miller’s wife Brooke when she got home from a long shift as a hospital charge nurse. Unfortunately, the leftovers Miller was planning to take to work the next day didn’t last the night.

“I was excited because I’d been packing my lunch for work because of the quarantine—I normally go out for lunch. The food was on the counter in a container and I walked away for just two minutes…and when I came back it was all gone. Our dog Lyla decided to jump on the counter and eat all the homemade pasta and shrimp. I laughed it off as ‘the whole family’ got to eat our pasta. It was quite an experience!”

Put the flour on a well-cleaned kitchen counter and form it into the shape of a nest. › In the well in the center of the flour, add the lightly beaten eggs and the salt.

› Start blending the mixture together with a fork, slowly adding the flour from the outer edges of the nest into the center until all of it is well incorporated. › After the flour-egg mixture is completely incorporated, cover the counter and your hands with a sprinkling of flour.

› Knead the dough for approximately 15 minutes until it is about the consistency of modeling clay. › Form the dough into a ball and wrap with plastic wrap and chill for around 30 minutes in the refrigerator. › After chilling, plop the dough onto a clean surface dusted with semolina flour (again, to prevent sticking) and divide it into two even pieces.

› Sprinkle more flour on your counter and on a rolling pin. › Flatten the dough ball with the rolling pin (or with a pasta maker if you have one available). › Roll the dough with the pin unit it becomes translucent. › Add dust to the countertop, your hands, and the pin as required. (This is a quite lengthy process requiring up to 20 minutes.)

› Set aside, and do the same with the other half. Then let the dough rest for another 10 minutes. › Slice the pasta into thin strips or into shapes suitable for ravioli or other types of noodles.

› Dust the finished noodles with flour and hang them unit they are semi-dry. › Once they are partially dry, you can freeze them or store them for up to four days in the refrigerator. 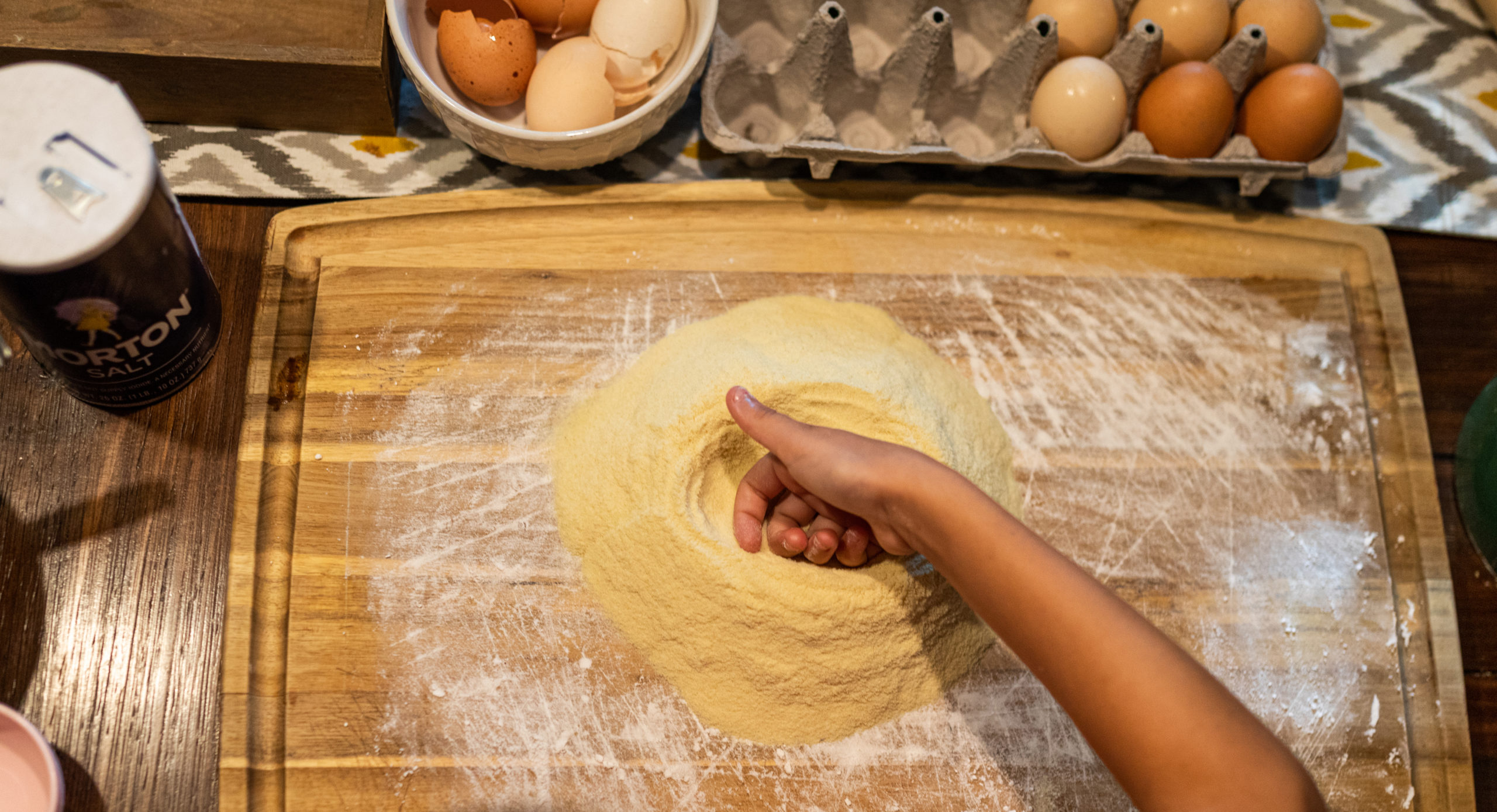 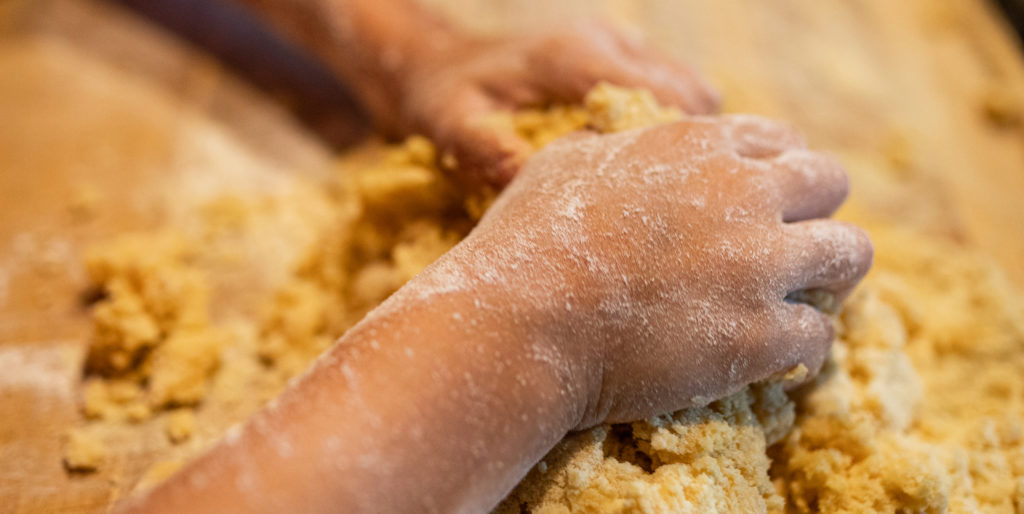 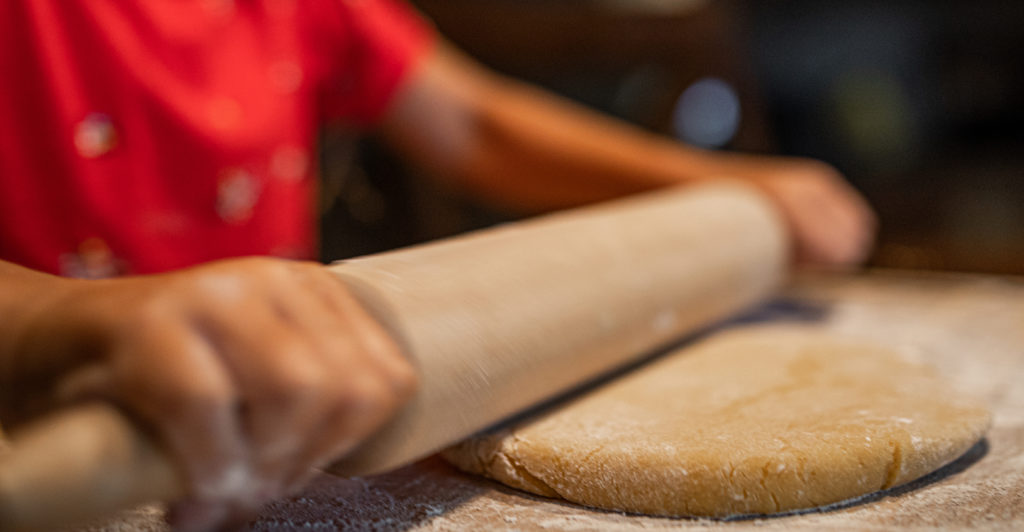