Modern homesteading in Ocala is providing this family with the lifestyle they’ve always wanted. 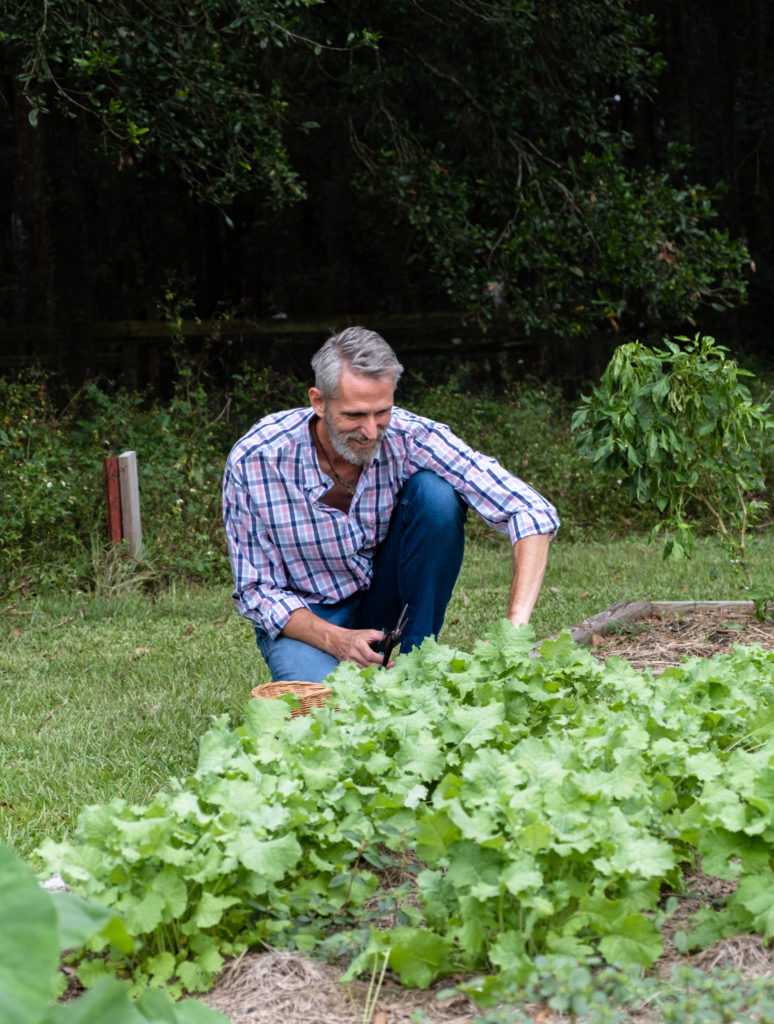 Tucked away amid fruit trees and bamboo thickets, down a two-track gravel lane, out where the roads are canopied by venerable old oaks near Southeast Ocala’s wide swath of the Florida Greenway, is where Ken Scott and his family are living their American dream. Their hobby farm is where he and wife Vanessa have chosen to live sustainably with their 7-year-old son Andrew, growing herbs and vegetables, raising goats and harvesting eggs from their chickens.

Just a few years ago, the family was living in the dense London suburbs, buying organic food, actively recycling and dreaming of owning some land of their own. When their plans to purchase a farm in Europe didn’t work out, Ken’s mother offered them her Ocala property. A racehorse trainer, she had purchased the land as a place to pasture horses bought through the Ocala Breeders’ Sales Company, but she didn’t end up using it much. When the tenants renting it took off after 2017’s Hurricane Irma, it seemed as though the universe was beckoning this family to make their home in Central Florida.

“It just kind of happened,” Ken remembers. “We were originally going to buy a farm in Italy, but that sale kind of fell through. It wasn’t too long after that, this became available and we decided to come here instead.”

Ken, who grew up in Massachusetts, had been living in England since age 20—first in Devon, working for a decade at a restaurant owned by his aunt and uncle, then in London, where he worked as a certified addiction counselor. Vanessa, originally from South Africa, was “fascinated by living in America” and they saw the quaint Orchard Lane Farm as their opportunity to put down roots. 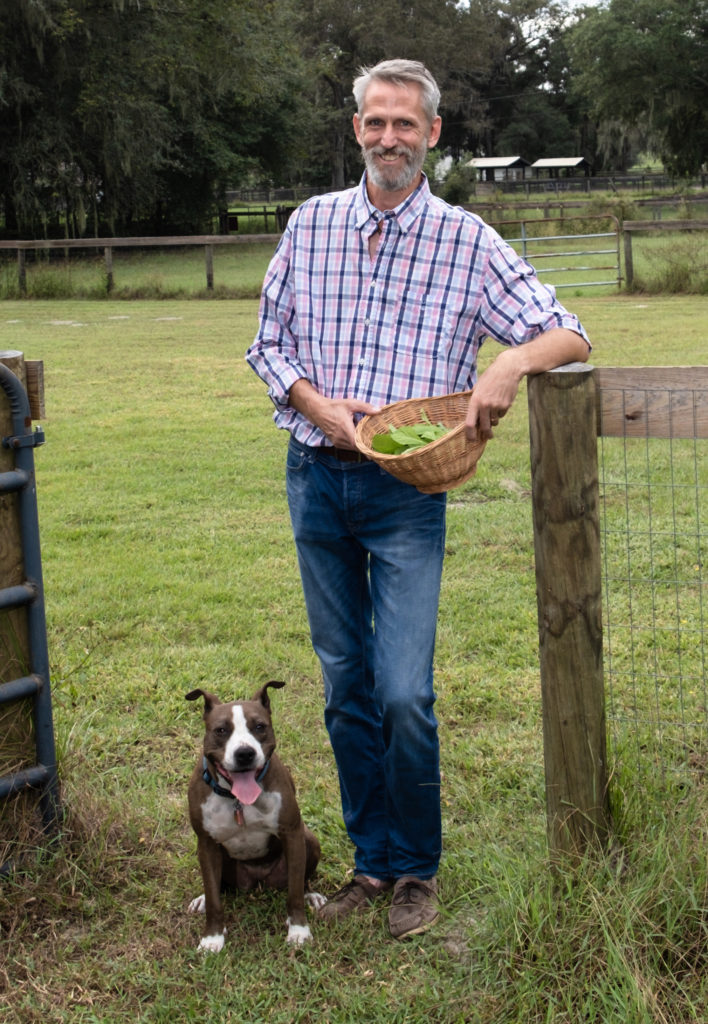 “Being outside and having a farm and animals is something I’ve always been into,” says Ken, whose family had a riding stable and around 30 horses when he was a child.

“When we had my son, I wanted that back in my life, so it’s a big part of his life…actively trying to live in a more sustainable way. We wanted to have him familiar with that and the only way to do that properly is to do it so he can learn by example. If you live in London you can say, ‘I should always eat organic vegetables’ but that’s not going to give him an idea of what an organic vegetable is,” Ken offers, explaining that he wanted to give Andrew the hands-on experience of day-to-day sustainable living—“more of a fundamental understanding of where our food comes from and what it really is.”

“Food is important” is one of Ken’s prevailing philosophies. He remembers that, “back in the early 1990s everything was fresh.”

“We knew most of the farms we got our stuff from. As things got more commercialized, that local feel sort of started to disappear. And then, 15 years later, in the 2000s, it was this whole renaissance of people wanting to eat and produce locally again,” he recalls. “That’s always been important.”

The stay-at-home dad maintains beds of eggplant, kale, peppers, radishes, tomatoes, carrots, arugula, mustard spinach and several varieties of herbs. He enjoys preparing nutritious farm-to-table family meals using fresh produce seasoned with fragrant herbs. One of his favorite dishes to prepare for a relaxed Sunday dinner with friends or family members is a traditional one-pot English roast chicken with parsnips, carrots and onions, which he likes to serve with a rustic loaf of homemade bread.

“It’s nice and simple,” he offers. “The whole point of this is, it’s easy and tasty.”

The simplicity of their farmhouse-style décor is personalized with the lovely display of Ken’s grandmother’s china in the dining room hutch and the family’s own artwork adorning the living room walls. Ken and Vanessa both enjoy photography—he film and she digital—and Andrew is mirroring Ken’s love for painting. Vanessa, who holds a photography degree, works as a museum specialist at the Appleton Museum of Art.

Ken’s artistic tendencies pervade everything he does, imbuing his culinary creations and even his kitchen garden with a beautiful aesthetic.

“The thing I like about gardening and cooking, as well as some other pursuits…they are things that require technical skill but there’s also a lot of artistic skill,” he shares. “I like my garden to look like it was very carefully designed. I designed it so that when it was in full bloom, it looked nice and was a pleasant place to be. It’s the same with the kitchen.”

Cover the bottom of a Dutch oven with onion slices. › Place the chicken, breast side up, on top of the onions and place the other vegetables around it. › Pour in water and place rosemary on top of chicken. › Coat chicken and vegetables lightly with olive oil. › Cover and cook at 325 degrees for 30 minutes per pound of chicken (2-2 1/2 hours). › Remove the lid, turn oven up to 400 degrees and cook 10 minutes to brown the chicken. 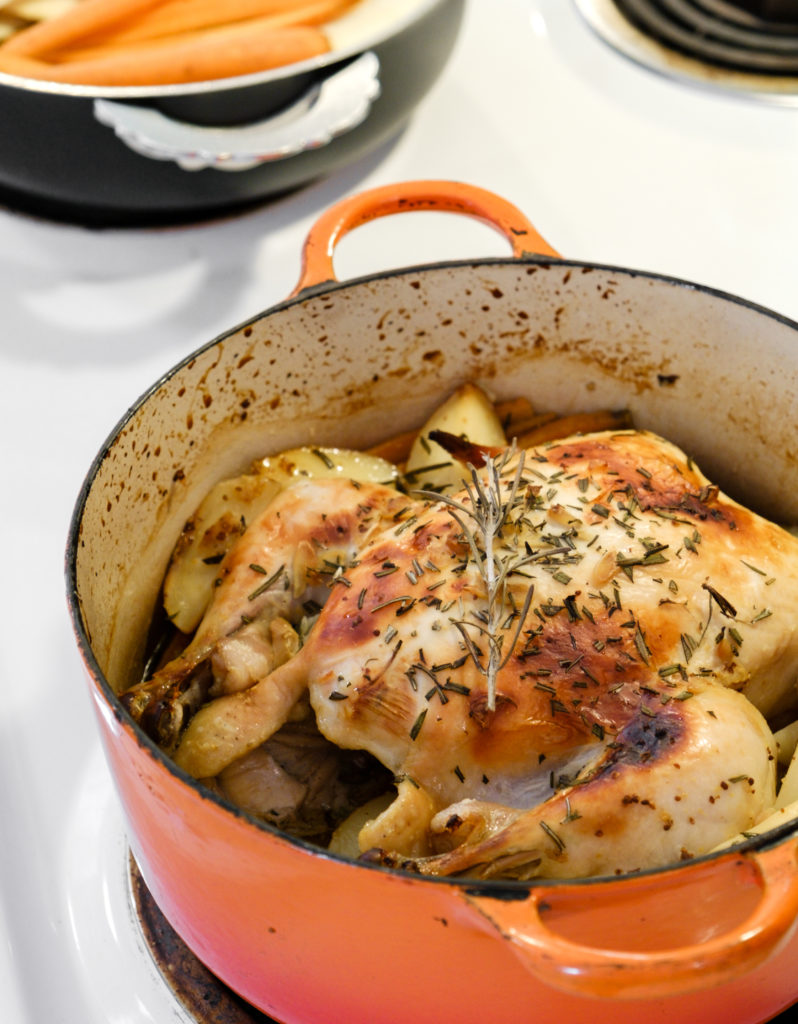 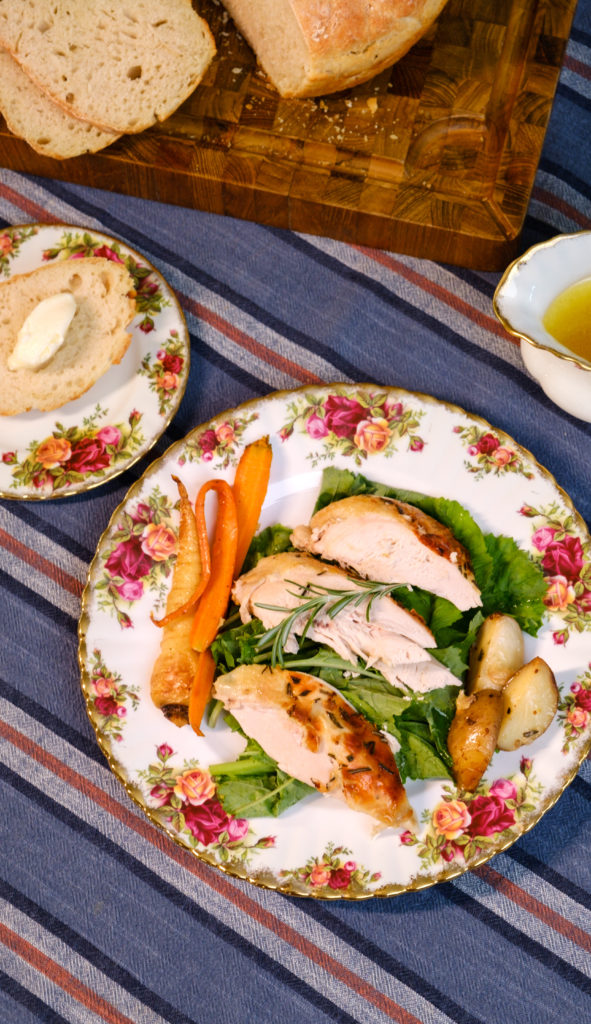 Mix yeast with flour. › Mix in other dry ingredients then mix in water until dough forms. › Place bowl in a warm place to rise for around 3 hours. › Transfer dough into a greased or buttered bread pan. › Bake at 350 degrees for 45 minutes.