This busy wife, mother, professional and community volunteer has made Sunday breakfast a family tradition. 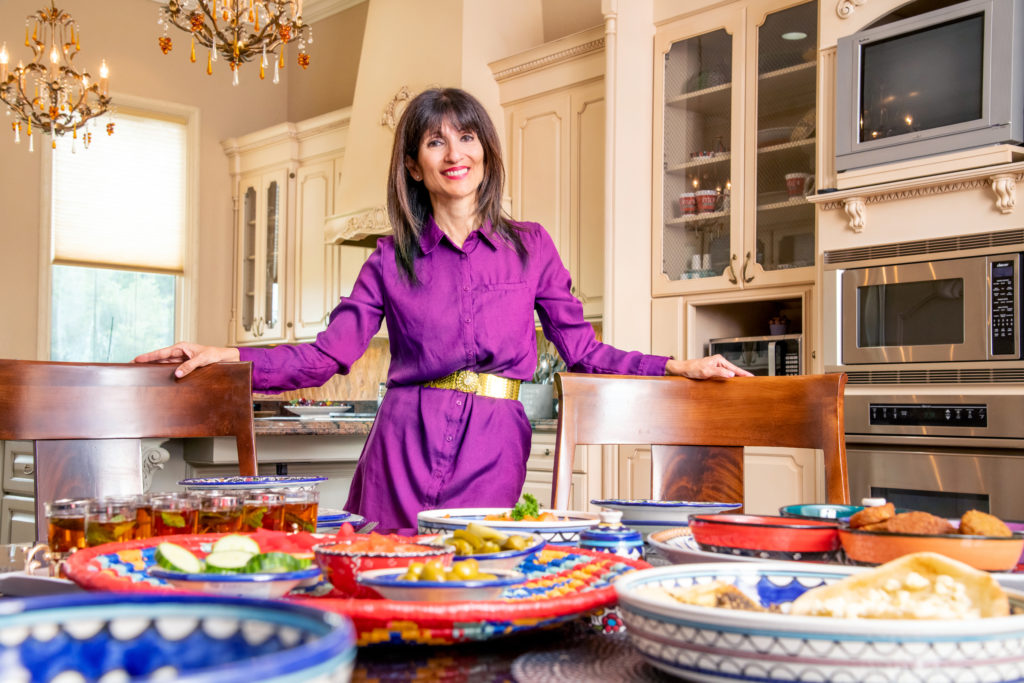 With five active children, a chiropractor husband who owns a medical clinic, her own career as a pharmacist and a full slate of community and charitable projects, Dr. Manal Fakhoury admits she never had much time to cook big meals when her kids were young. The one time her family has always tried to gather around the table for food and fellowship is Sunday morning.

Between work schedules and the kids’ sports schedules, they “didn’t have a ton of family time” but “Sunday was the time.” 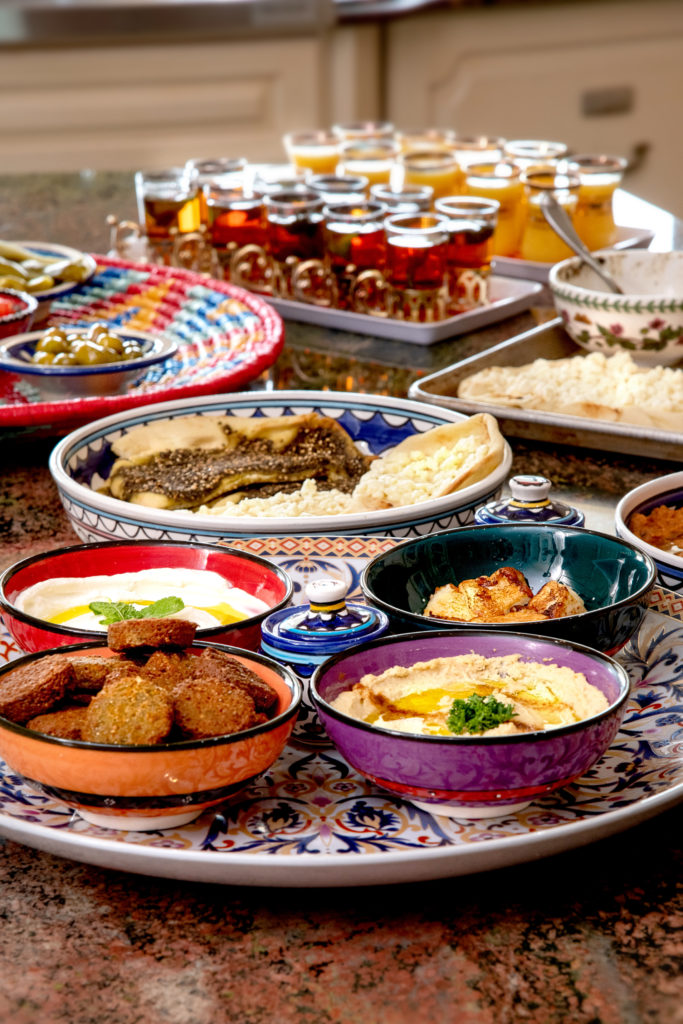 “Sunday breakfast became traditional,” she remembers. “We would chat. I would say, ‘I feel like we’re on vacation,’ because when you’re on vacation, you eat together. Every Sunday I would say that to them. But it was just a great way to start a Sunday morning together.”

And her traditional Palestinian breakfast, with its many fresh, flavorful dishes, is a showstopper.

“It’s all the little items that make it so delicious,” she explains, gesturing to a beautifully laid table featuring small, exquisitely painted serving bowls filled with simple yet delicious delights garnished with fresh herbs and paired with cups of hot mint tea. “Over the years, I’ve learned to make different traditional dishes.”

“Many things are delicious in combination” she notes, describing the Middle Eastern delicacies. “The manakish, which is the oregano, is delicious with the yogurt. And the hummus and falafel are like partners.”

The couple, who recently celebrated their 34th anniversary, made their home in Ocala right after their wedding. Manal had just completed her doctorate and moved here from California to begin her pharmaceutical residency at the UF Health Shands Hospital. After she completed her residency, she went to work at Ocala Health and immediately immersed herself in community volunteer work. She’s currently the 2021 American Heart Association Heart Walk chair, curator of TEDxOcala, president of Ollin Women International and a YMCA executive board member as well as a member of the Rotary Club and Toastmasters International.

Now that their children are grown, Manal and her husband Riadh often invite his parents to enjoy Sunday family breakfasts. Manal has fond memories of her own mother, who “was an amazing cook.”

“I believe it was a way for her to show her love to her family and her children,” says Manal, who is one of five siblings. “I think people in general connect around food.” 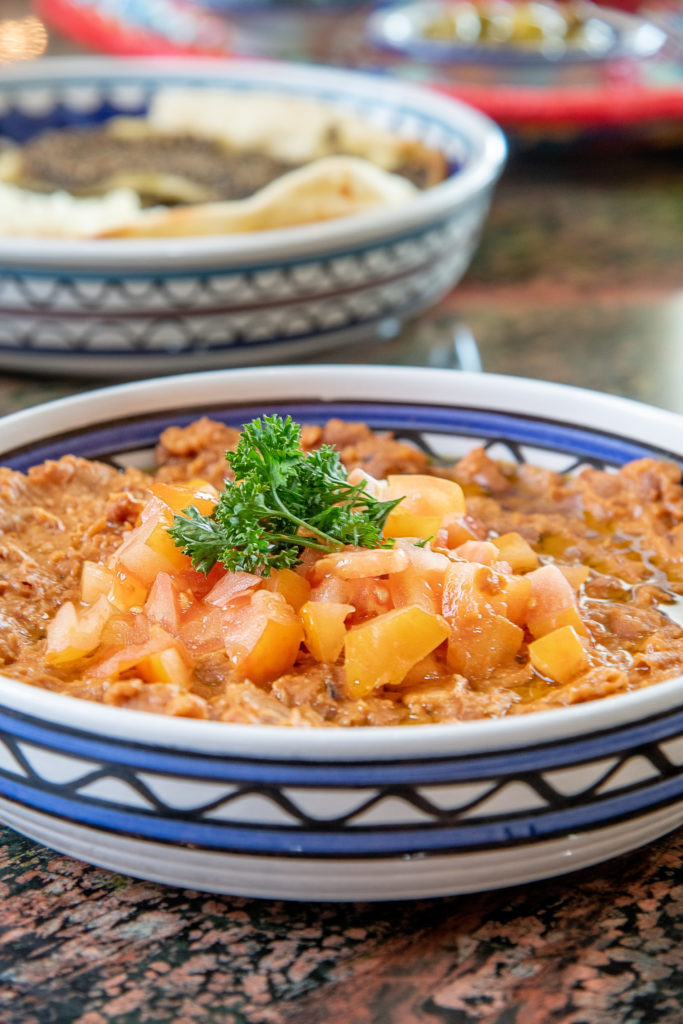 Place the rinsed and drained fava beans, along with cumin, in a small sauce pan with water. (Around 1 1/2 cups of water, but add more or less to your preference.) › Bring the mixture to a boil and let simmer until the water is mostly absorbed. › Smash the beans with the back of a wooden spoon. › While the ful is cooking, chop tomatoes. › Prepare the sauce: Mix olive oil, garlic, lemon, parsley and pepper in a bowl. › When the ful is done cooking, serve it in a bowl surrounded by any vegetables you like. Popular options are tomatoes, radishes, green onions, pickles or cucumbers, olives and fresh herbs such as mint. › Serve the sauce on top of or next to the ful mdammas, along with warm pita.