For this Ocala native and her family, catching, growing and sourcing food locally is a way of life.

Sarah Aschliman learned very early in life about the importance of sourcing food locally. Knowing where her dinner came from and what was in it, as well as being included in the preparation and cooking of family meals, made for invaluable lessons during her childhood. Today, she wants to pass on those same lessons to her own children. 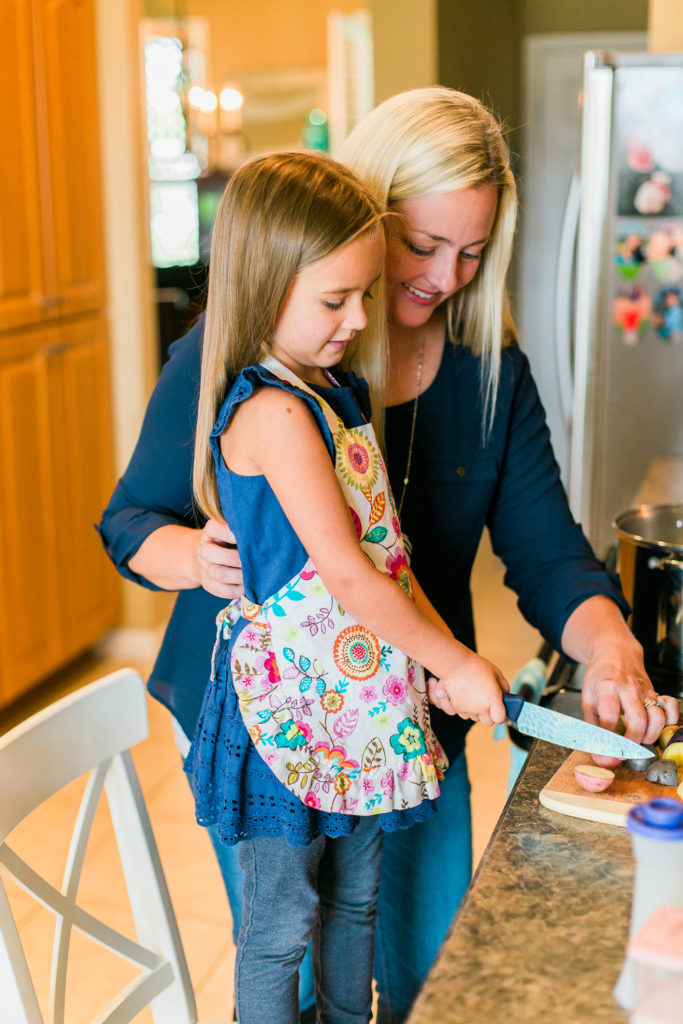 After a 10-year absence from their native Ocala, Aschliman and her husband moved back to the area to help her parents build the family winery—Island Grove Wine Company—where she now works as general manager. Her growing knowledge of wine has only enhanced her already discerning and adventurous taste in food, which has, in turn, influenced her children’s tastes.

“We actually cook a lot,” Aschliman explains, noting her kids’ love of chicken piccata, capers, olives, fresh vegetables and sushi. “We try to have them eat real food, not ‘kid’ food. They order real food at restaurants, too. They’re just so funny; they’re like little grown-ups. My son will order pasta with mussels and clams, and he’s a shrimp freak!”

A key element of their food experiences has been catching and harvesting it themselves—something of a lost art amid our increasing reliance on convenience and commercial food sources.

“We’re farmers,” she offers. “So we know the hard work that goes into growing and cultivating food.”

Aschliman wants her kids to retain that knowledge going forward.

“We’re not health nuts, but we try not to eat too much from the center of the grocery store,” she asserts. “We try to make the protein and vegetables as fresh as we can.”

Seafood is a big staple in their home, and they take annual trips to the Florida Keys to catch enough to fill their freezer. Lobster fishing is done mostly at night and into the wee hours; they have a tradition of eating dinner early, gearing up, and heading out on the boat as the sun sets.

“We’re out till midnight or 1am, lobstering,” she says with a grin. “It’s super fun.”

Their children love being on the boat and having the opportunity to see the marine life—squid, manatee, octopus and sharks—and learn about the natural environment.

It’s simple, uncomplicated food, but it’s teaching her kids a lot about sustainability and sourcing, as well as expanding their ever-maturing palates. They both like to help her in the kitchen and be involved in the cooking process, especially anything that has to do with grinding or chopping things.

“A lot of the stuff that I make, like salad dressings and marinades, use the food processor,” she laughs. “That’s the fun part for them, that and breaking eggs.”

Her flank steak recipe is another example of an easy, fresh and simple dish that is also satisfying and quick to prepare. It’s been a favorite in her home for over a decade. She usually serves it with a chimichurri sauce and some roasted red or sweet potatoes to round out the meal and add a bit of color to the plate.

“It has a nice, citrusy taste that isn’t too spicy,” she offers. “We cook it a bunch of different ways. We’ll serve it on rice, potatoes, or even in salads. It’s super fast [to make] and feeds all four of us with enough for leftovers.” 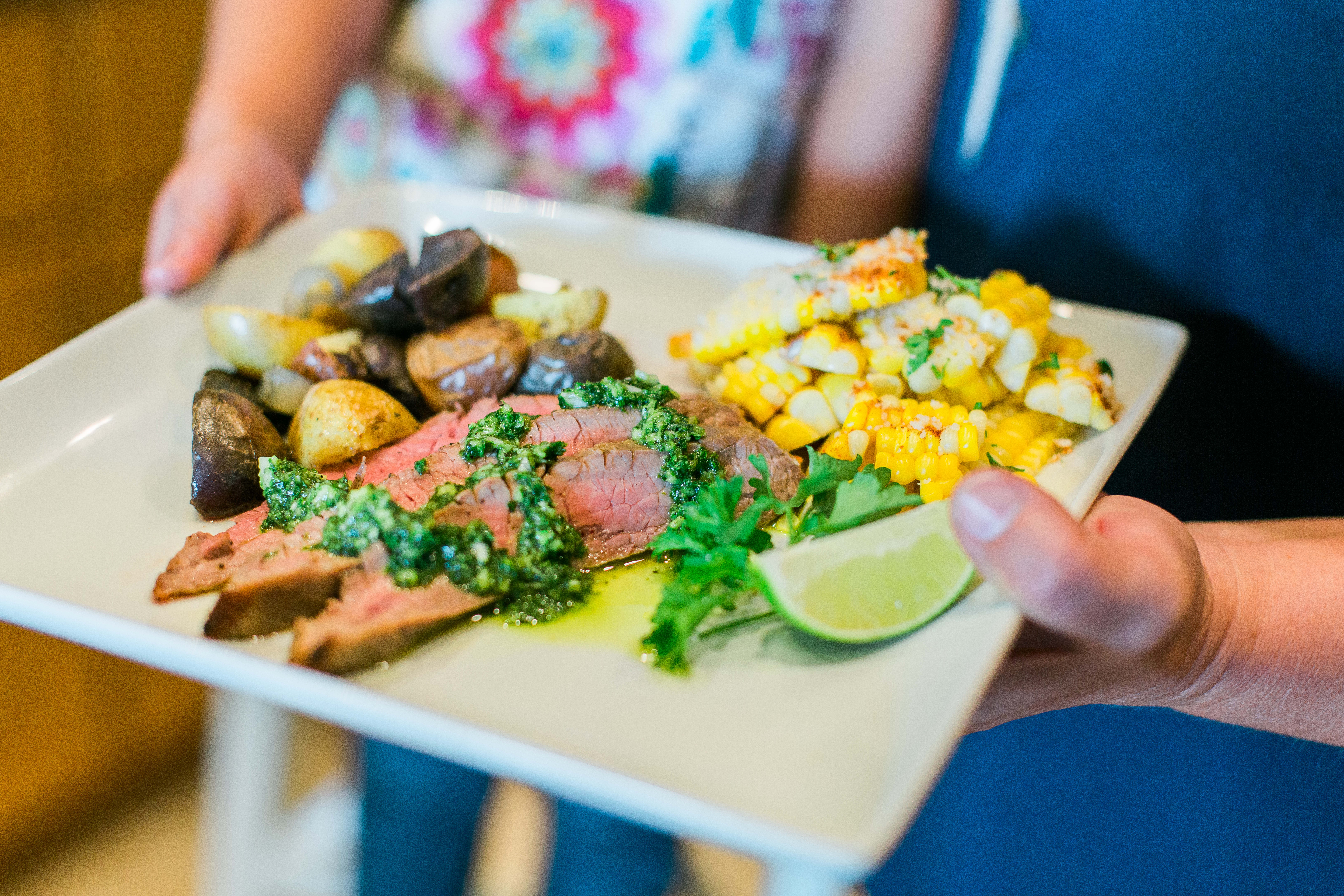 In a small bowl, mix extra virgin olive oil with Adobo seasoning. › Brush over your steak, covering all sides. › Let sit for about 10 minutes. › With your oven on high broil, place the steak on a baking sheet and place in oven for 5 minutes. › Take out, flip, and cook the other side for 5 minutes. › Remove pan from oven and let rest for 10 minutes. › Cut the steak across the grain into long strips and serve with chimichurri sauce.

Prepare the sauce one hour before serving. Chop 4 cloves of garlic in a food processor. › Add parsley. › Add black pepper, salt and lime juice. › Now for the tricky part. Measure 1 1/2 cups of extra virgin olive oil. › Put about 1/2 cup in a pot on low heat. › Take the parsley-garlic mixture out of the food processor and put into a glass jar. (I take a bit of the parsley and throw it into the pot on the stove. If it singes the leaves, it is too hot; if it just bubbles around it, but does not burn it, then it is the right temperature.) › Pour that hot oil into the glass jar and let the parsley mixture infuse into the oil for about 5 minutes. › Pour the remaining 1 cup of oil into the jar. › Shake well and sample. If it needs more bite, add more lemon and salt to taste.