This active grandmother enjoys growing and preserving her own organic food as well as whipping up sweet treats for her grandchildren. 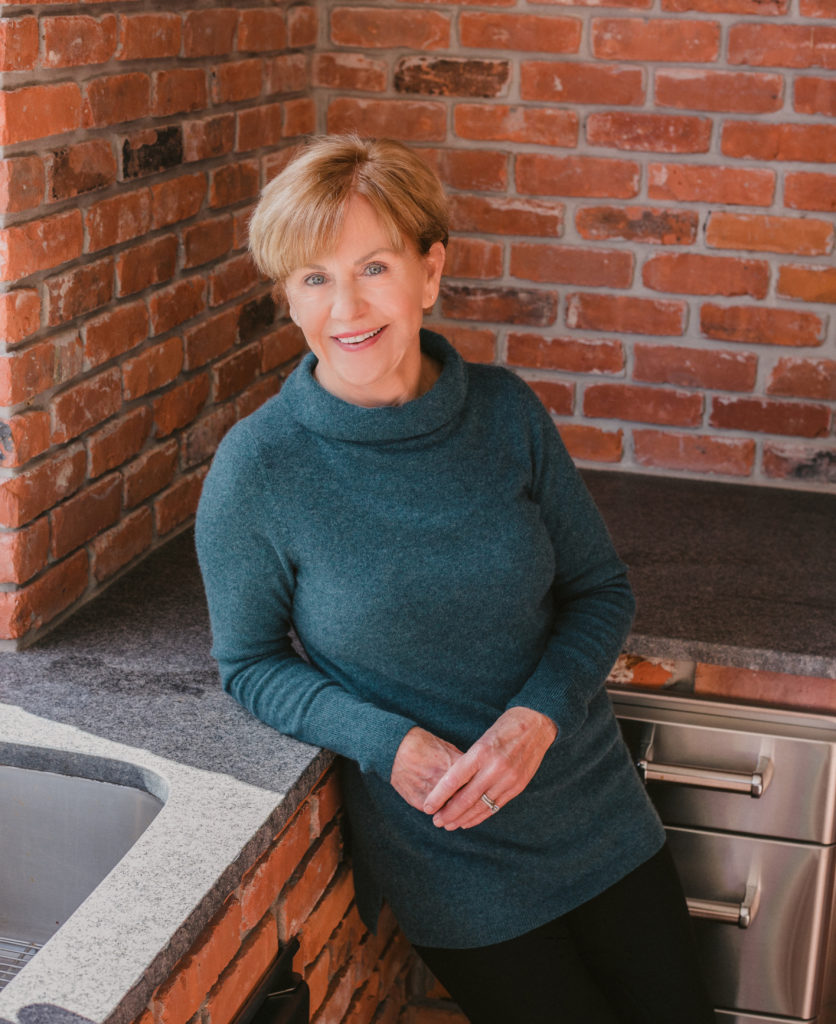 Some of Shirley Rudnianyn’s favorite childhood memories are of spending time with her grandmother on the family’s property near Belleview.

“There were a lot of wild blackberries and we would go blackberry picking,” she remembers. “My grandmother and I would pick a bunch and then she would make a cobbler. I loved doing that with her.”

“I cooked a lot,” she remembers, although she admits to occasionally ordering pizza in.

“Kids like starches and no vegetables,” she laments. “I find that bothersome. I love greens. I grew up on that kind of food. I think mustard greens are my favorite.”

These days, “mostly retired”—as she calls it—from Neighborhood Storage, the company her husband John started with Walter Berman in the 1970s, she can enjoy taking requests from her grandkids and preparing her family’s favorite—and widely varied—dishes.

For her recent birthday, her granddaughter requested Rudnianyn’s Earthquake Cake, a decadent concoction of German chocolate cake enhanced with pecans, coconut, cream cheese and plenty of butter and powdered sugar.

However, one of the baked goodies her family enjoys the most is the simple recipe Rudnianyn has made over and over throughout the past few decades.

The rich, nutty and dense quick bread, served with cream cheese, has proved so popular that a friend’s daughter-in-law has even made it into an elaborate, multilayer wedding cake.

“She does weddings and she’s used it several times for that,” Rudnianyn shares. “She said people loved it.”

And Rudnianyn remembers the first time she tasted that time-honored recipe.

“Forty years ago my husband had an office party and a lady by the name of Nancy Armstrong brought this banana bread,” she recalls. “She had it on a platter, sliced, with the cream cheese in the middle. I thought I’d died and gone to heaven, it was so good. Of course I got the recipe. Everybody that’s ever eaten it has wanted the recipe.”

Since she retired about a year ago, Rudnianyn has more time to work on her hundreds of flowering camellia bushes as well as her berry patch, citrus grove, vegetable garden and the egg-laying and meat-producing chickens she raises at their Blitchton Plantation in northwest Marion County. A master gardener, she enjoys composting, organic gardening and preserving what she produces. This year’s crop of blackberry jelly is long gone, she says, because it’s “the best thing,” but her cupboards are still stocked with jars of okra and squash pickles.

And, she reveals, she always tries to have some sweets on hand—just in case her grandkids stop by. 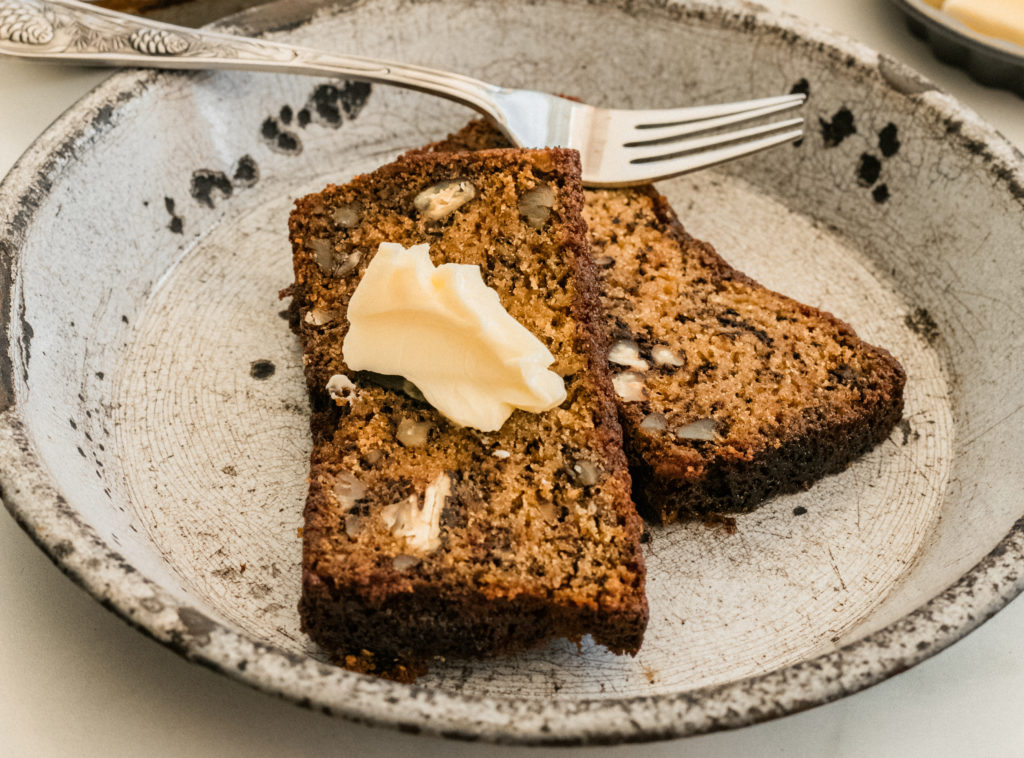 Cream sugar, butter, eggs and vanilla. › Mash bananas and add sour cream and baking soda. › Add flour and nuts. › Grease loaf pan with butter, line with parchment paper and grease parchment paper or spray with cooking spray. › Bake at 350 degrees for about 1 hour. › Serve with cream cheese. › Wrap leftover bread in plastic wrap then foil. › Store in refrigerator for up to four days.

Tip:
To ripen bananas, bake at 300 degrees for 20-30 minutes or until they turn dark. Ripened bananas add more flavor and are easier to mix into the batter.