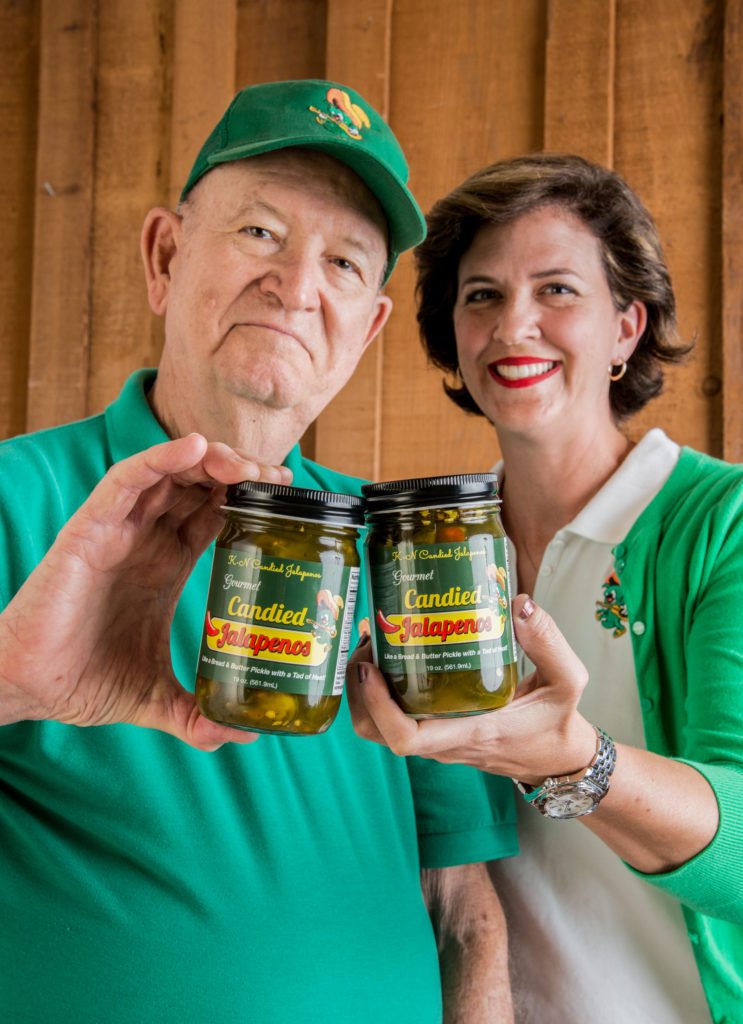 Award-winning K-N Candied Jalapeños is locally owned and made.

“I had a cream cheese on a cracker appetizer that had a little kick to it,” says Simmons. “That kick was candied jalapeños. In Texas, they call it cowboy candy. On the way home to Ocala, I kept thinking that I needed to figure out how to make that cowboy candy.”

Having always considered himself a fair cook, Simmons didn’t think making the candied jalapeños could be that difficult. He found out differently.

After six months, Simmons was ready to taste test his K-N Candied Jalapeños with the public. The name comes from his daughters’ first name initials, Kay and Neige. Simmons debuted his product in April 2011 at the Ocala downtown farmers market. They were an instant hit.

Simmons describes his creation as “a bread and butter pickle with a tad of heat on the backside.” The candied jalapeños can be used as a condiment; mixed in for egg, chicken or tuna salad. They’re also good to use as a recipe ingredient in various dishes. And, of course, eaten as a cream cheese cracker appetizer.

“People share with me all kinds of recipes they use them in,” says Simmons. “My favorite is candied jalapeños cornbread.”

After five years of making the candied jalapeños at home, Simmons got an FDA commercial permit and moved to Ocala-based Let’s Eat Fresh commissary kitchen in 2016. At home, he was making 48 jars (four cases) a week. He now makes 204 jars (17 cases) a week, barely keeping up with demand. Simmons estimates he’s made and sold 18,600 jars and counting. The product is available locally at Earth Fare and The Olive Obsession, as well as in Gainesville and Lake City outlets. It can also be ordered online. 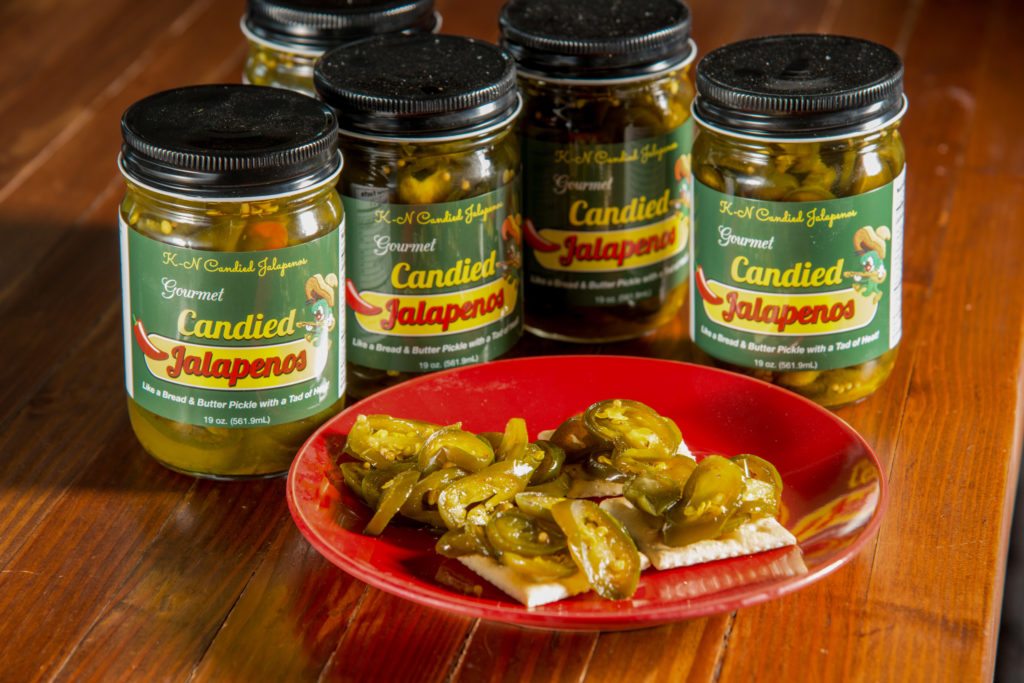 Simmons attends many festivals throughout Florida, gaining new fans at every one. At the 2017 Orlando Lake Eola Festival In The Park, K-N Candied Jalapeños won Best In Show in the Fine Edible Craft category.

“First, I just wanted to make some candied jalapeños,” says Simmons. “Then I started selling them to keep me out of the retirement rocking chair. Well, I definitely don’t spend much time in the rocking chair these days.”